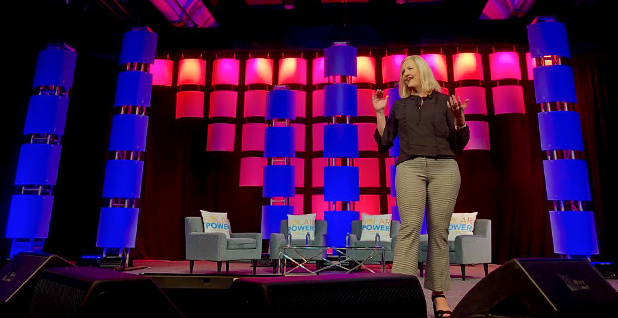 The renewable energy industry ramped up lobbying activities in the second quarter of the year as it fought in Congress for tax credits that benefit its businesses.

The American Wind Energy Association said in disclosures due last week that it spent $300,000 advocating for policies in the federal government between April and June, more than double the $140,000 it spent in the same quarter in 2018.

The solar industry’s main lobbying organization, the Solar Energy Industries Association, boosted its lobbying spending in the same period by more than half, to $320,000.

The rise in lobbying activity came as the industries pushed for Congress to enact various proposals, mainly championed by Democrats, either to extend tax incentives for their sectors that are due to expire or to create new ones.

"SEIA is currently running a broad campaign to extend the solar Investment Tax Credit, which requires significant engagement with lawmakers," Erin Duncan, vice president of congressional affairs at the solar group, said in a statement to E&E News.

"This is a critical public policy that has done wonders for our economy, the climate and workers in every congressional district."

SEIA and more than 900 companies came out in force earlier this month in support of extending the ITC, which would scrap an agreement reached in 2015 in which Congress set a schedule to phase down the incentive, along with the wind power production tax credit, by 2022.

The solar group last week came out in support of the "Renewable Energy Extension Act," new legislation in the House, H.R. 3961, and Senate, S. 2289, that would extend the credit for five years at 30% of a project’s cost.

Supporters of the proposal argue that President Trump’s actions on the environment and climate change have hindered clean energy in a way they could not forecast in 2015.

"For many of us who served in 2015 when that bipartisan, bicameral agreement was reached, the facts on the ground have now changed demonstrably," more than 100 House Democrats, led by Rep. Paul Tonko (D-N.Y.), wrote in a May letter to House Ways and Means Committee Chairman Richard Neal (D-Mass.), in which they asked that the wind and solar tax credits be extended to an unidentified time.

The spending growth can also be traced to the April reintroduction in both the House and Senate of the "Energy Storage Tax Incentive and Deployment Act."

H.R. 2096 and S. 1142 would provide an ITC, starting at 30% of the project’s value, for energy storage technology, a nascent but growing sector. A project can currently get the credit only if it is part of a solar power installation.

AWEA and SEIA both support the bill, which has the promise of fixing the intermittency issues of wind and solar power. They, along with numerous other companies, disclosed lobbying in support of the legislation.

Jason Burwen, vice president of policy at the Energy Storage Association, said it was a big quarter for storage policy. The group’s own spending hit $20,000, up from $15,000 a year ago.

"Among folks on the Hill, there’s a lot broader awareness of the importance of storage in the energy system, the benefits of doing this and the breadth of support," Burwen told E&E News.

"We think that there’s enough support, this idea is familiar enough to enough folks on the Hill that it’s something that could move soon."

‘They made a deal’

The associations had help from others in the clean energy business in their second-quarter lobbying.

Apex Clean Energy, a developer and operator of wind and solar power generation projects, spent $60,000 on lobbying in the quarter, up 20% from last year. It said its advocacy included work on tax policies for renewables.

"As Apex grows, we understand the importance of being more present in Washington, D.C., to prevent policies that undermine renewable energy and to advocate for opportunities to expand market access," a company spokeswoman said.

Invenergy LLC, a developer of wind, solar and storage projects, spent $50,000 on lobbying, 150% higher than a year prior. The company recently hired Andrew Wills to be its first D.C.-based lobbyist.

Ørsted Wind Power North America LLC increased its spending to $110,000, from $90,000. The company, which operates the nation’s only utility-scale offshore wind farm off Rhode Island’s coast, was formerly known as Deepwater Wind before the Danish energy company bought it last year.

Clearway Energy Group LLC spent $50,000 on lobbying; it has only been paying for lobbying since September.

A number of clean energy companies, such as Invenergy, EDF Renewables and Lincoln Clean Energy LLC, retained the specialist firm Capitol Tax Partners to advocate on renewable energy tax matters. But Capitol Tax spent less than $10,000, the threshold for reporting spending figures, for most of those companies.

Tom Pyle, president of the pro-fossil-fuel American Energy Alliance, criticized the lobbying by the renewables industry, saying it amounts to breaking the industry’s 2015 deal.

"They made a deal in 2015," said Pyle, whose group opposes renewable incentives. "The fact that they are lobbying for more handouts proves that they are what we have always known them to be."