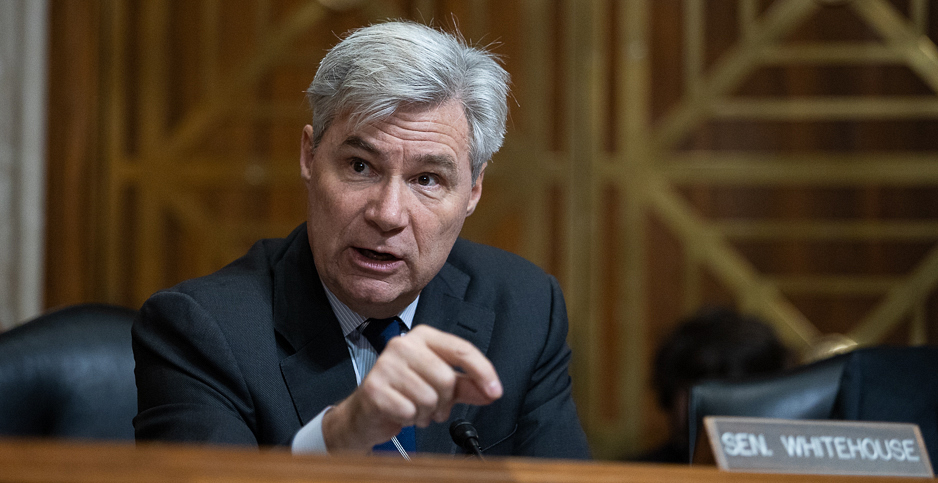 The Trump administration offered renewable energy companies a hand this week, but with thousands out of work across the sector, the industry and its advocates are keeping the pressure on Congress.

It was a welcome change for the renewable energy industry, which had been pushing for months for a deadline extension.

But with roughly 600,000 out of work across the clean energy sector, lobbyists and advocates said their fight isn’t over, and some are disappointed that House Democrats have largely put the issue aside in COVID-19 relief efforts.

"The trades have not been shy about talking about real job loss, even though that’s a tough message to share publicly," said Melinda Pierce, legislative director for the Sierra Club. "It suggests how dire the problem is, and there has not been a lot of legislating in Congress, and we haven’t seen a relief package directed at the clean energy industry yet."

The industry certainly has its congressional champions, and they remain active as House Democratic leaders push for negotiations with the Senate on the next COVID-19 bill.

The IRS guidance this week came after lobbying from Senate Energy and Natural Resources Chairwoman Lisa Murkowski (R-Alaska) and two other Senate Republicans (E&E Daily, May 22).

As House leadership wrote the "Health and Economic Recovery Omnibus Emergency Solutions (HEROES) Act" this month, some Democrats were pushing for language to allow payments in lieu of renewable tax credits, similar to a program commonly referred to as Section 1603 that was part of the 2009 American Recovery and Reinvestment Act.

It’s another priority for industry groups, since many companies will likely have little or no tax liability and be unable to take advantage of the credits during the economic downturn.

But the $3 trillion H.R. 6800, widely seen as a marker with little resemblance to a final product that could pass the GOP-controlled Senate, ultimately left the energy industry on the sidelines, causing some consternation among advocates on and off Capitol Hill.

"I think that was a real missed opportunity," said Trevor Higgins, director of climate and energy policy at the Center for American Progress. "The ‘HEROES Act’ covers a lot of ground, and that’s all very admirable, but it shouldn’t be leaving what everyone can see is a really critical need unaddressed."

Rep. Sean Casten (D-Ill.), who pushed leadership to reinstate Section 1603 as part of the bill, similarly said he was "really disappointed" to see renewable energy left out.

"When big bills move, there’s always a desire to put as many ornaments as we can on the Christmas tree, and I think it’s appropriate to skinny down to focus on COVID and economic recovery," Casten said.

"Having said that, simply making tax credits refundable, as Section 1603 of the ARRA did, costs the government virtually nothing."

Still, Congress remains in crisis mode, and much of the focus for now is on getting out of the pandemic rather than broader economic recovery.

Down the road, payment in lieu of tax credit provisions now sit at the top of the COVID-19 relief list for renewable trade organizations.

"My expectations for a stimulus package are that they would include pretty robust support for the clean energy economy as a pathway," said Abigail Ross Hopper, president of the Solar Energy Industries Association (SEIA). "I think the question is about when Congress shifts from crisis to stimulus."

Their allies in the environmental community are also pushing for broader extensions of the investment and production tax credits to help spur economic recovery.

The Center for American Progress, for instance, circulated a report yesterday suggesting that Congress extend the renewable incentives and expand them to include energy storage.

Solar companies, meanwhile, face another impending deadline. The solar investment tax credit is set to be reduced to 22% from 26% for projects that start construction next year.

SEIA wants to push out that deadline so that companies facing delays due to COVID-19 don’t lose out, Hopper said.

That lost opportunity and the flailing clean energy job numbers offer their own kind of pressure on lawmakers.

"There is certainly urgency," Hopper said. "I’ve had lots of opportunities to be on calls with members of Congress and their constituents who are sharing with elected officials, ‘These are the number of employees I’ve had to lay off; these are the number of jobs that no longer exist because of the crisis.’"

As the Sierra Club pointed out on Twitter, a single county in the district of Ways and Means Chairman Richard Neal (D-Mass.) has shed nearly 1,000 clean energy jobs during the pandemic, according to a widely circulated analysis.

"The numbers are staggering, and yet there’s nothing on the table to support or provide recovery for wind, solar, storage, offshore," Pierce said.

Despite the clean energy sector’s being overlooked in previous COVID-19 relief bills, House Democratic sources say they have not forgotten about it.

"We are keenly aware of the challenges that the clean energy industry is facing in the wake of the COVID pandemic and are working diligently toward policy solutions that can become law," one staffer said yesterday.

Lawmakers, too, are keeping up the push, including Senate Finance ranking member Ron Wyden (D-Ore.), who applauded the new IRS guidance as the "right call."

"This common sense move will help protect these projects and the jobs created by them," Wyden said in a statement. "While this is a good first step, further action will be necessary to ensure our progress toward a clean energy future."

The next legislative vehicle is likely to be a massive green-tinged infrastructure proposal that House Speaker Nancy Pelosi (D-Calif.) recently signaled will be on the floor in the weeks ahead (E&E Daily, May 28).

The bill is expected to include clean energy tax provisions such as the sweeping "Grants for Renewable Energy Education for the Nation Act" unveiled by Ways and Means Committee Democrats last fall (Greenwire, Nov. 19, 2019).

That measure includes extensions of key renewable, efficiency and electric vehicle incentives, as well as a new break for energy storage.

"There is a lot of bipartisan appetite for a significant infrastructure bill," Sen. Sheldon Whitehouse (D-R.I.) said in an interview.

Whitehouse predicted that infrastructure would come after the next round of COVID-19 relief, once the country is through the "ongoing health emergency."

"I think a lot of incumbents in Congress on both sides of the aisle would be very happy to go home in November to their states with a big infrastructure bill in their pockets," he said.

Congress is also facing pressure from other corners of the renewables sector, including a bipartisan letter sent yesterday from the Governors’ Biofuels Coalition that asks for support for struggling ethanol producers.

House Democrats have already demonstrated support for biofuels in the $3 trillion "HEROES Act," which would provide cash payments to the sector (E&E Daily, May 13).

Advocates are also pointing to rising unemployment filings to argue for clean energy provisions in COVID-19 stimulus, including the Coalition for Green Capital, which supports efforts to create a national climate bank (E&E Daily, March 25).

"I think there’s a lot that can be done here that helps unshackle this industry," Whitehouse said.