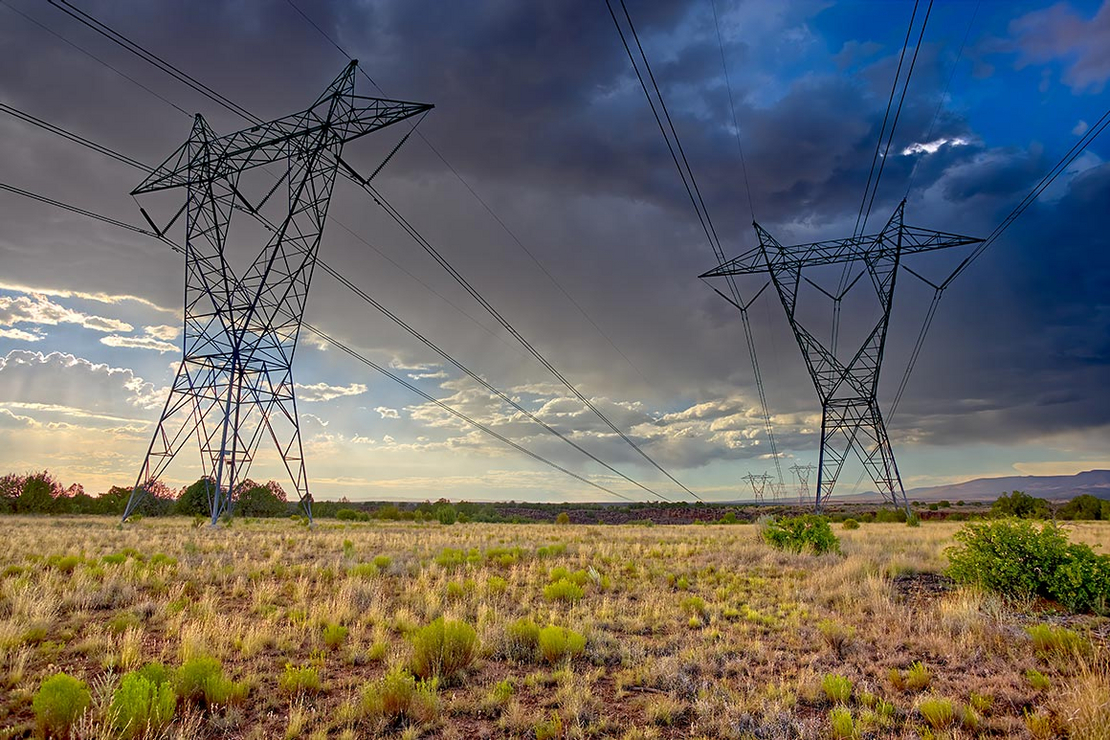 A massive, drought-stoked wildfire in southern Oregon has sharply reduced power line deliveries to California from the Pacific Northwest’s hydro dams, adding to the debate about future strategies to fortify the nation’s high-voltage power network.

The potential grid vulnerabilities came into focus last Thursday, when smoke from the Oregon blaze, acting as an electrical conductor, shorted out power lines that feed the Bonneville Power Administration’s California-Oregon Intertie transmission network, cutting off up to 3,500 megawatts of power flows. The interference continued this week as the fire spread beyond 200,000 acres, though California was able to avoid rotating blackouts.

“We tried reenergizing the lines a couple of times, but they tripped out,” BPA manager of media relations Maryam Habibi said Tuesday. “The fire is dictating our response.”

The Oregon fire — like a winter storm in Texas that knocked out power to more than 4 million people in February — underscores the need for a strategically expanded national power line network to defend against extreme weather, said energy consultant Alison Silverstein in an interview with E&E News.

“The current transmission system obviously isn’t getting the job done,” she said. The damage from the Texas outage in February would have been much less if the state had had more power line connections to neighboring systems, Silverstein added.

“We need to be building transmission with a much bigger, holistic view about what’s needed and why,” she said.

In a new analysis she wrote with Bob Zavadil, chief operating officer of the Knoxville, Tenn.-based EnerNex consulting firm, Silverstein cites studies concluding that the interstate power grid must grow by at least 50% and as much as 300% to reach Biden’s zero-carbon electricity goals, even with a huge expansion of renewable energy, demand response and energy efficiency applications.

Zavadil and Silverstein are urging Biden and Congress to create a new National Electric Transmission Authority, a stand-alone federal agency presumably based at the Energy Department, empowered to oversee planning, siting and funding new national grid power lines. Only a change of that magnitude is enough to overcome the resistance to major transmission projects, they argue.

“Much of this new transmission infrastructure will need to span multiple regional planning authority boundaries, many states, and the existing electric interconnections. Only the federal government has the capacity to support and coordinate the planning and development of a cross-country network of high voltage and extra-high voltage transmission that unites the country to achieve common clean energy policy goals,” they wrote.

President Biden’s goal of a carbon-free power grid by 2035 is pitting U.S. policymakers and advocates in debates about how best to decarbonize the electricity sector and protect it against future shocks, with “big power” solutions built around high-voltage transmission expansion and advanced nuclear reactors arrayed against “small power” strategies targeting community-level solar power, energy storage and energy efficiency investments.

That is a false dichotomy, Silverstein told E&E News.

“Common sense and a few analyses indicate that this isn’t an either-or. We need both big transmission with massive clean utility-scale resource growth with distributed asset use and massive energy efficiency to be able to keep the lights on and keep communities safe during worsening heat waves, hurricanes, wildfires,” said Silverstein, who is based outside Austin, Texas.

A comprehensive approach is required as an equity issue at a minimum, because most families and many communities cannot afford to isolate themselves from the grid with their own generation and storage, she said.

“The fact is that extreme weather has become so much worse, so fast, there is no way we can build our way out of this with generation alone,” Silverstein said.

A presentation Silverstein prepared for an upcoming meeting of the Institute of Electrical and Electronics Engineers documents how severe heat waves are striking more frequently, hitting higher peaks and lasting longer than previously. It also tracks increases in coastal flooding in nearly three dozen U.S. cities.

“Historic ‘normal’ weather conditions are not a relevant guide for current and future conditions,” putting power plants and society as a whole at greater risk, she argues.

On Monday, grid overseers at the California Independent System Operator issued a Flex conservation alert to prevent the combination of excessive heat and the shutdown of power lines from the north from causing a power emergency. By Tuesday, grid conditions had returned to normal.

The intertie shortage would have hit much harder a year ago, when a severe heat wave spanning multiple Western states limited power imports to California, forcing rolling power blackouts there. But proposals to build new long-haul power lines from prime wind generation sites serving California and neighboring states have struggled to reconcile landowner and environmental objections.

Would a new federal authority clear the way for those projects to be built?

“I am a realist,” Silverstein said. “I don’t see our proposal as a slam-dunk that can easily overcome institutional resistance,” she added, noting state-level control over power line siting and political divisions over climate policy.

“But what our proposal can do is to highlight just how many things need to be fixed to make transmission happen.”