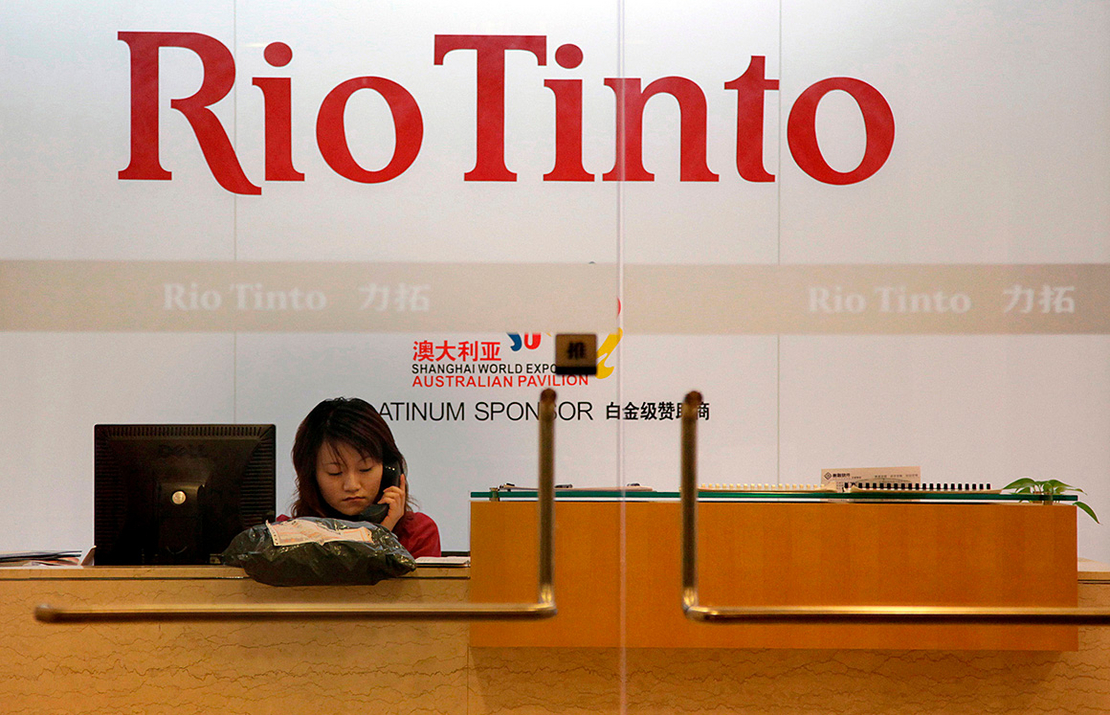 A receptionist in 2010 answering phones at a Rio Tinto office in Shanghai. Ng Han Guan/AP Photo

The independent review, which was commissioned by the company, also reported 21 women employees said they had been sexually assaulted in some form. The report declared racism “is common in a number of areas” across the more than 45,000 personnel working for the miner across 35 countries.

In the U.S., the massive global mining conglomerate oversees the Kennecott copper mine and smelter in Utah. The company is developing the Resolution copper mine in Arizona with BHP Group, and is involved in the Tamarack nickel mine in Minnesota, a joint venture with junior miner Talon Metals.

But the report’s genesis is in Australia, where Rio Tinto faced investor blowback for setting off explosions at Juukan Gorge, an ancient rock shelter important to Indigenous communities in the country’s western Pilbara region. The Juukan Gorge incident in 2020 led to the resignation of then-CEO Jean-Sébastien Jacques,and other top executives.

The report was authored by Elizabeth Broderick & Co., a consultant firm led by Elizabeth Broderick, a former Australian government official who oversaw sex discrimination policies and investigations. Its underlying analysis took eight months starting in March 2021 and included input from more than 10,000 people through an online survey, in addition to confidential listening sessions and written submissions.

In a statement released along with the report, Rio Tinto CEO Jakob Stausholm said he felt “shame and enormous regret to have learned the extent to which bullying, sexual harassment and racism are happening at Rio Tinto.”

“The findings of this report are deeply disturbing to me and should be to everyone who reads them,” Stausholm said. “I offer my heartfelt apology to every team member, past or present, who has suffered as a result of these behaviours.”

The report found bullying “was systemic across Rio Tinto worksites,” with employees told to “toughen up” for “life in a global miner,” and that in many workplace settings, bullying “is normalised.”

According to the report, the majority of women interviewed provided “experiences of everyday sexism which took a toll on their self-esteem, personal relationships and general health.” Employees described managers commenting on female employees’ appearance and fearing to tell management they were pregnant. They also reported obstacles getting flexible work arrangements and being denied bathrooms and other single-gender spaces.

“One [woman] simply said that she would not recommend Rio Tinto as a place to work for female friends or colleagues,” the report stated.

The consultant firm specifically found sexual harassment “was a significant organisational challenge,” with 28 percent of women surveyed reporting having been harassed. In addition, 21 women at the company reported experiencing “actual or attempted” rape or sexual assault in the last five years.

“Women also spoke of the lack of consequences when they reported these incidents; and of having to carry the burden of managing the situation themselves, rather than receiving support from management or human resources,” the report stated.

Racism was described by “many” surveyed employee including “intersectional experiences of racism and sexism” that made it “particularly hard” for women from diverse backgrounds to progress within the company.

“There was a strong view that, in some parts of Rio Tinto, racism is ‘normalised,’ with one employee stating, ‘I have copped racism in every single corner of this company,’” the report stated.

In addition, the study found LGBTQI+ employees at Rio Tinto experience even higher rates of bullying, sexual harassment and racism compared to those who do not identify as LGBTQI+.

The report outlined 26 recommendations for the company to implement to improve workplace conditions, including “a commitment from the company’s leadership to create safe, respectful and inclusive working environments to prevent harmful behaviours and better support people in vulnerable positions.”

“I am determined that by implementing appropriate actions to address the recommendations, and with the management team’s commitment to a safe, respectful and inclusive Rio Tinto in all areas, we will make positive and lasting change and strengthen our workplace culture for the long term,” Stausholm said.