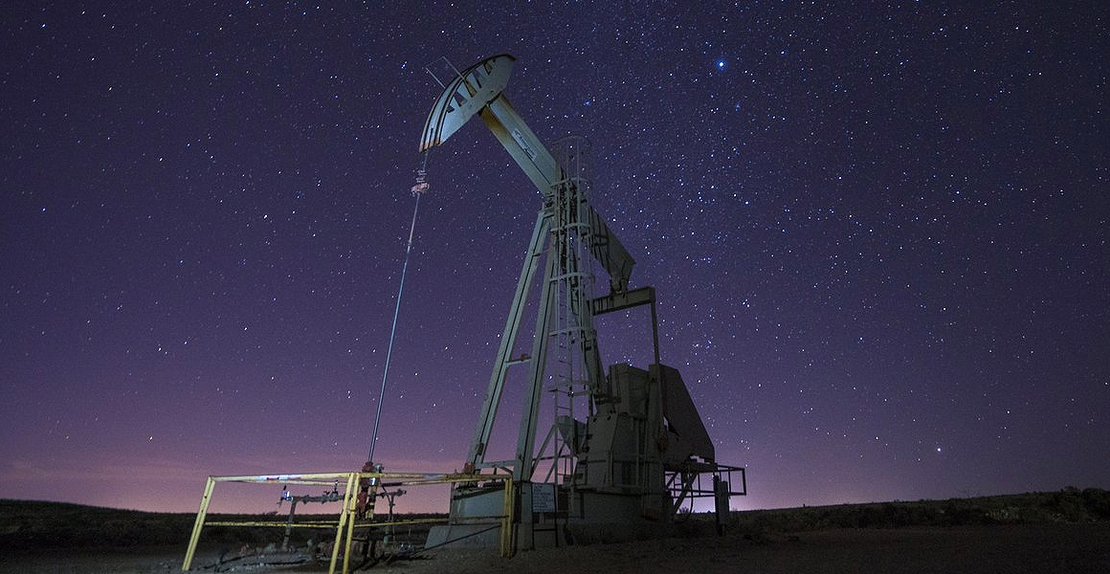 A pumpjack on public lands in New Mexico. @BLMNewMexico/Twitter

The Interior Department is wasting money and man-hours sifting through paperwork on massive amounts of public lands acreage proposed for potential oil drilling that will never be sold at auction, a new Government Accountability Office report found.

The watchdog said the Bureau of Land Management — an agency of the Interior Department that oversees the federal oil and gas program — should consider charging oil and gas speculators to nominate public lands for oil sales.

That practice may help depress speculation and cut the time and cost burden on BLM staff to weigh offering proposed lands for lease, according to the report released yesterday.

The GAO report also found that BLM is behind in updating its guidance and fees, despite going through overhauls in how it holds oil lease sales, like the switch to online auctions in 2016. It recommends that BLM perform regular reviews of its fee structure.

The bureau manages about 700 million acres of minerals owned by the federal government, including vast stores of crude oil and natural gas in states like Wyoming and New Mexico. That management responsibility includes holding quarterly sales for the oil and gas sector to lease lands for energy development.

The process begins with oil companies and speculators proposing acres they think should be auctioned. BLM officials then review those proposals to make sure the lands are appropriate for oil and gas development and don’t conflict with wildlife habitats or other protections.

But GAO’s review of past sales found that just a fraction of lands suggested for lease, and vetted by BLM, are brought to sale.

Between 2009 and 2019, speculators nominated 89 million acres of public land for potential oil and gas development. BLM only offered 20 percent of those lands for sale and just 15 percent, or 14 million acres, were sold, according to GAO.

In some cases, the federal workload to consider millions of acres of land for leasing is a heavy lift with little return, the report found.

For example, nearly half of Nevada’s federal lands were nominated for sale in 2014. But few of those 28 million acres were leased. Four years later, the Trump administration held an auction for 300,000 acres, again in Nevada, where very little oil and gas activity takes places.

While industry had proposed those 300,000 acres, no company bought leases.

Lands offered at auction that don’t get buyers remain available for drillers at a discounted price. While GAO records showed the amount of this “noncompetitive leasing” has fallen since its heyday in the late 1980s, the practice has increasingly frustrated environmental groups that say it encourages speculators to stiff lease sales and gives away federal acreage for a song. GAO has also been critical of noncompetitive leases, which are far less likely to lead to mineral production and significant federal revenues.

The GAO report also flagged outdated guidance that could be making BLM’s leasing practices inefficient. It found several handbooks in use that are out of date.

BLM officials told GAO that it’s been difficult to keep their guidance current with changing laws.

The GAO review of federal leasing practices and fees was requested by Democratic Sens. Catherine Cortez Masto and Jacky Rosen of Nevada, Richard Blumenthal of Connecticut, and Ed Markey of Massachusetts. The request and GAO’s findings reflect the current scrutiny on the federal oil program by Democrats on Capitol Hill and the climate-focused White House.

Interior recently released a report of recommended reforms to the oil program, including suggesting higher fees to depress speculative leasing. The Biden administration is also fighting over leasing in appeals court, after trying to institute a leasing moratorium on federal lands and offshore that was lifted by a judge.