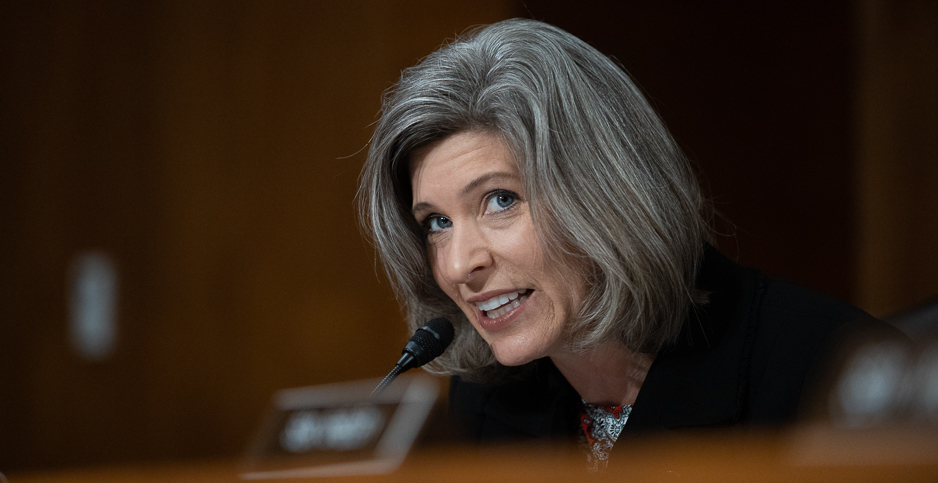 A farm-state Republican senator plans to vote against a top EPA nominee over biofuel waivers, essentially blocking his confirmation.

"Until EPA tells us exactly what they plan to do with the ‘gap year’ waivers, Mr. Benevento does not have my vote," Ernst said in a statement today. "Iowa’s hardworking ethanol and biodiesel producers are sick of being yanked around by Andrew Wheeler and the EPA. Our producers need certainty; until we get that, no EPA nominee is getting my vote."

Ernst sits on the Senate Environment and Public Works Committee, which advances EPA nominees. Without Ernst’s support, and if panel Democrats stand united in opposition to Benevento, he would not have the votes to move out of committee and onto the Senate floor for a confirmation vote.

"In light of Senator Ernst’s announcement, a path forward for Mr. Benevento’s nomination to be deputy administrator of the EPA no longer exists. He is well qualified for the position but does not have the votes," Barrasso said in a statement shared with E&E News. "While I strongly disagree with Senator Ernst on the Renewable Fuel Standard, her long-standing position on the side of Iowa corn farmers won’t be overcome in this case. The committee will not be taking up this nomination."

The EPW committee held a confirmation hearing on Benevento in March. His nomination hasn’t moved since. He is currently working at EPA as associate deputy administrator, part of the agency’s leadership team (E&E Daily, March 12).

EPA press officials didn’t respond to a request for comment.

Ernst has long fought with the Trump EPA over its management of the RFS. She led a bipartisan letter sent yesterday to Administrator Andrew Wheeler urging the agency to reject waivers for oil and gas refiners under the RFS.

"The approval of [small refinery exemptions] for past compliance years at this moment would only worsen the unprecedented economic challenges facing the biofuels industry and the rural communities that it supports," said the senators.

Ernst has stalled EPA nominees from her seat on the EPW panel previously.

She held up Bill Wehrum’s nomination to lead EPA’s air office over biofuel concerns as well. Wehrum was eventually confirmed at the agency but resigned last year.

Ernst is facing reelection this year, and her Democratic opponent, Theresa Greenfield, has argued Ernst is not doing enough on biofuels, a major industry in Iowa.

"Iowans see this for what it is — a shameless election year stunt," Greenfield spokeswoman Izzi Levy said in a statement today.

"Senator Ernst sided with her Big Oil donors and voted to confirm a fossil fuel lobbyist to run the EPA, who promptly pushed dozens of secret waivers that have left Iowa’s farmers and biofuels producers reeling."

Greenfield this week called on Wheeler to resign over his biofuel policies, and challenged Ernst to join her in pushing him to step down (E&E Daily, June 26).