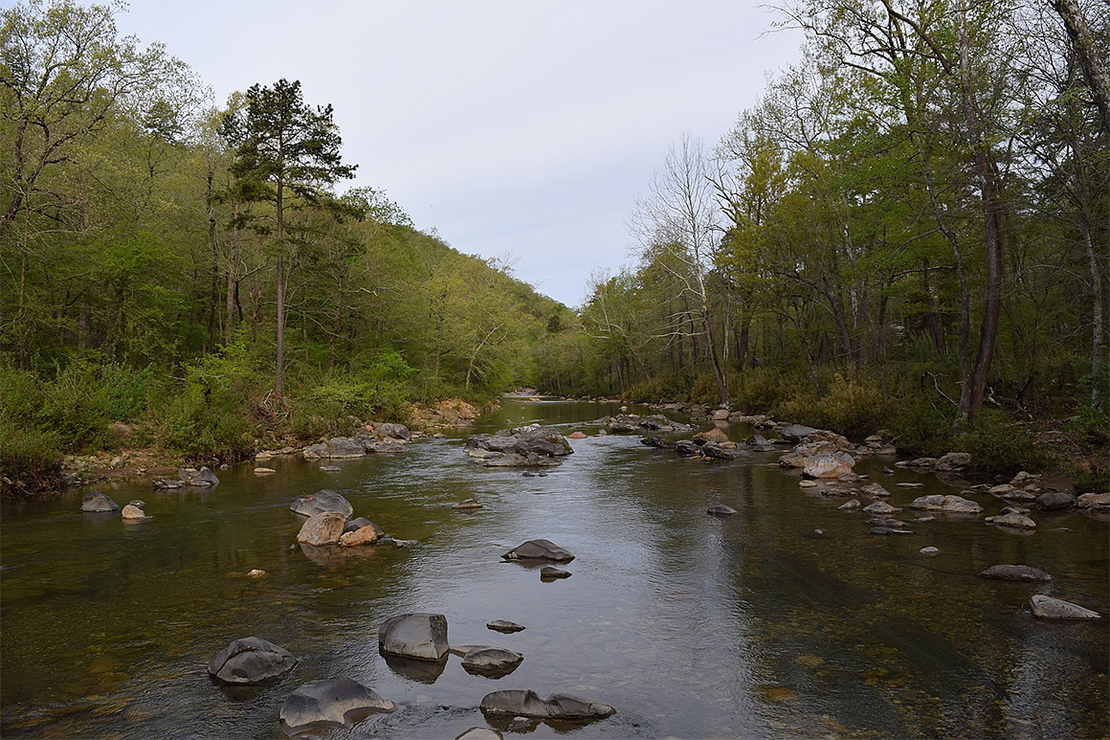 The Albert Pike Recreation Area within the Ouachita National Forest in Arkansas is named after a Confederate military officer. Fredlyfish4/Wikipedia

The Interior Department expressed support yesterday for legislation to reconsider and rename federal places with offensive names, but Republicans came out strongly against the proposal.

The “Reconciliation in Place Names Act,” H.R. 4454, from Rep. Al Green (D-Texas), would task Interior with establishing a new process for reviewing potentially offensive, bigoted or racist names. Critics say the current U.S. Board on Geographic Names process is slow and underfunded.

“The department supports and welcomes the establishment of place names that are equitable and just, honors the cultural diversity of the United States and advance dignity for all people,” Mike Caldwell, associate director for park planning at the National Park Service, said during a House Natural Resources subcommittee hearing.

The bill would mandate an Advisory Committee on Reconciliation in Place Names, which would make recommendations to the Board on Geographic Names. The committee would include tribal representatives and people with a background in civil rights and race relations.

Rodney Ellis, a former Texas state senator and current Harris County commissioner, told lawmakers how the present renaming process is “cumbersome and drawn out.” For the past 30 years, Ellis has been trying to change the name of 19 sites across the state that contain a slur for Black people, along with other offensive names. Despite pushing a state law on the issue, only three of the place names have been changed.

“Somebody can name a piece of nature with an offensive name at the stroke of a pen, so why is it so hard to change racist names?” he asked the subcommittee. “And across the country, there’s still 1,000 or so more sites.”

Interior Secretary Deb Haaland championed the bill during her time in the House. Its Senate companion, S. 2400, is backed by Massachusetts Democratic Sens. Ed Markey and Elizabeth Warren.

A 2015 investigation by the data-mining company Vocativ found 1,441 federally recognized place names contained slurs for racial groups include African, Native, Asian and Italian Americans. The Board on Geographic Names runs a site where people can suggest new names, but people near the sites often resist out of nostalgia or attachment for place names.

Republicans expressed concern about the bill being “too broad” and giving too much power to a committee.

“Will the committee change the name of the Washington Monument? What about the Thomas Jefferson Memorial?” Rep. Russ Fulcher (R-Idaho) asked Caldwell, suggesting those monuments might be deemed offensive because of Jefferson and Washington’s slaveholding past. Jefferson also supported the forced removal of Native Americans.

“It’s a shame that you’re considering this,” Fulcher said to Caldwell. “Does the administration believe that sites named by an act of Congress should be changed by an unelected board of bureaucrats?”

Rep. Matt Rosendale (R-Mont.) accused Democrats of using the legislation to advance extreme left-wing ideologies and critical race theory, which is based off the idea that racial bias is baked into U.S. laws and institutions, whether intentional or not.

“In the halls of Congress, statues of historic figures were removed for the Capitol to expunge the nation’s history and send a message to dissenters of ‘woke’ ideology,” Rosendale said. “Our national parks need to be preserved, not whitewashed. This is another attempt to rewrite history through the lens of critical race theory.”

Caldwell said Interior supports name changes going through a thoughtful, democratic process that includes the public. He did not answer specific questions on whether monuments or memorials named after Thomas Jefferson, George Washington or any other controversial historical figure would be reconsidered.

“We understand the complexity of the issue and don’t take it lightly,” added Caldwell. “The public process is supported in this legislation, there are currently no decisions. The names will be provided statutorily.”