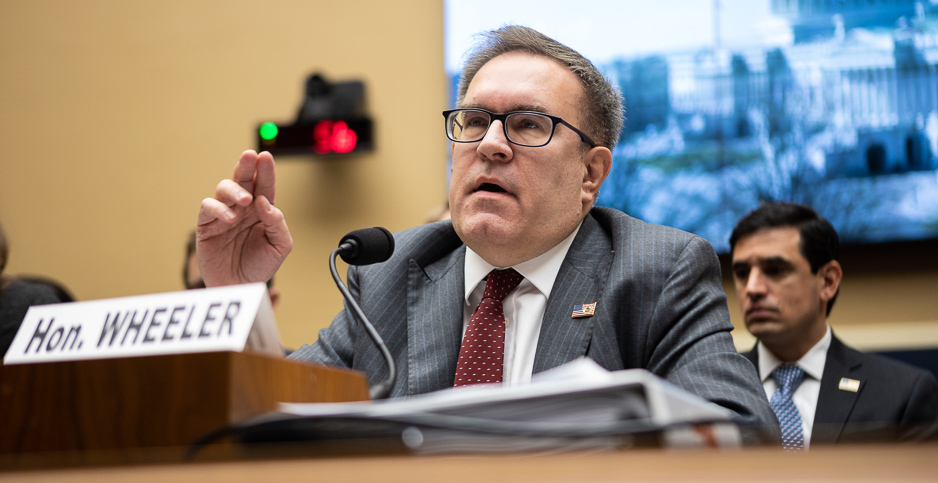 Republicans appeared to encourage the approach during a House Energy and Commerce subcommittee hearing on the agency’s budget request.

Full committee ranking member Greg Walden (R-Ore.) said a rural community in his district was "just hammered" by the Oregon Department of Environmental Quality after a "little sewage discharge."

Meanwhile, the Democratic stronghold of Portland, Ore., is doing the same thing without penalties, Walden said.

"Do you see that around the country?" he asked. "Tell me what’s going on in these big cities that are dumping sewage and other pollutants into bays and estuaries."

Sewage spills are common in older cities with sewer systems that combine wastewater and stormwater. When combined-sewage systems fill up during heavy downpours — which climate change is making more common — untreated waste can flow directly into the rivers and other waterways.

State and federal regulators have long been aware of the problem, and many cities are working to make costly upgrades to their systems.

At the hearing, Wheeler confirmed that sewage overflows remain a challenge, "particularly [in] San Francisco, which is dumping 1.5 billion gallons of raw sewage into the Pacific each year," he said.

"They’ve been violating their permits, and we’re taking enforcement action there," the EPA chief said.

The City by the Bay’s combined sewer system treats 40 billion gallons of wastewater annually, according to the San Francisco Public Utility Commission.

That means the amount of untreated sewage spilling into the ocean represents less than 4% of the city’s total wastewater.

"Yes, we’re in the early stages there," Wheeler responded. "We’re looking into the larger cities around the country. We’re taking a look at what their permits allow and whether they’re violating their permits."

After the hearing, Walden denied that they had planned to highlight the issue. "I think it’s a revelation of what’s going on in our waterways these big cities are able to get away with dumping," he told E&E News.

"Why shouldn’t we be outraged about it?" Walden asked. "Why should these cities get away with it? They shouldn’t."

House Democrats have already raised concerns about the way in which Wheeler appears to be targeting communities with lawmakers critical of Trump for environmental enforcement.

Last year, they said the violations levied against San Francisco were part of a "series of politically-motivated attacks" on liberal California (Greenwire, Oct. 8, 2019).