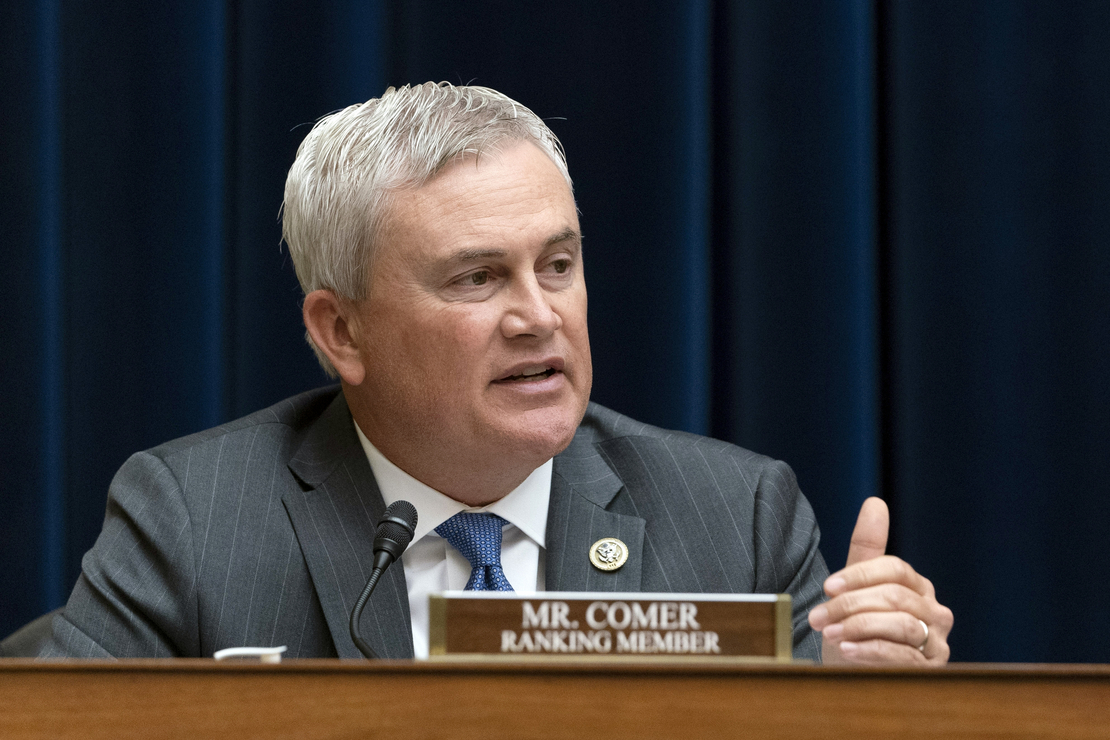 The Kentucky Republican, who is poised to take the gavel in January, accused the administration of abusing the strategic oil reserves. He also said Biden had a “secret deal with Saudi Arabia to lower gas prices before the election.”

In a press release Sunday, Comer said Biden “waged a war on American-made energy” and driven up costs for American families. Plans include multiple investigations into the administration — as well as the Biden family — when Republicans control the House next year.

“Oversight Republicans have pushed senior Biden Administration officials for answers and will continue to seek their plans to reverse energy policies detrimental to the American people and our national security,” Comer said in a statement.

Specifically, Comer went after the administration for canceling the Keystone XL pipeline, implemented a ban on oil drilling on federal lands and draining the Strategic Petroleum Reserve. And he fired off at least five letters to the administration.

Comer asked Energy Secretary Jennifer Granholm for information about the administration’s work to lower every prices. He also followed up with Granholm about “multiple requests” for SPR-related information.

Comer asked EPA Administrator Michael Regan for a briefing and documents about the agency’s methane rulemaking. And the ranking member asked Securities and Exchange Commission Chair Gary Gensler about a problem with public comments related to environmental, social and governance rulemaking.

The president halted oil leasing early in the administration, but sales have since resumed. Many oil drawdowns from the federal government’s stockpiles were mandated by Congress. Saudi Arabia and other OPEC countries moved to cut production ahead of the election, a move seen to be against the White House’s goals to lower prices.

In general, Democrats have dismissed Republican attacks as politically charged. This weekend, they noted how gasoline prices have dropped to their lowest level in nearly a year.

“President Biden … has taken bold steps to reduce energy costs for the American people and speed the transition to cleaner, cheaper energy solutions,” an Oversight and Reform majority spokesperson wrote in an email. “That includes working aggressively to increase energy supplies after Russia’s illegal invasion of Ukraine and signing the Inflation Reduction Act, which is expected to cut Americans’ energy costs by an estimated $500 per year.”

During the past two years, Comer and other Republicans have accused Biden officials of refusing to comply with their requests. When the GOP assumes the majority, they will have the power to subpoena.

“With the power of the gavel,” Comer said, “we will hold the Biden Administration responsible for recklessly attacking a critical industry that provides the American people affordable energy and good-paying job opportunities.”