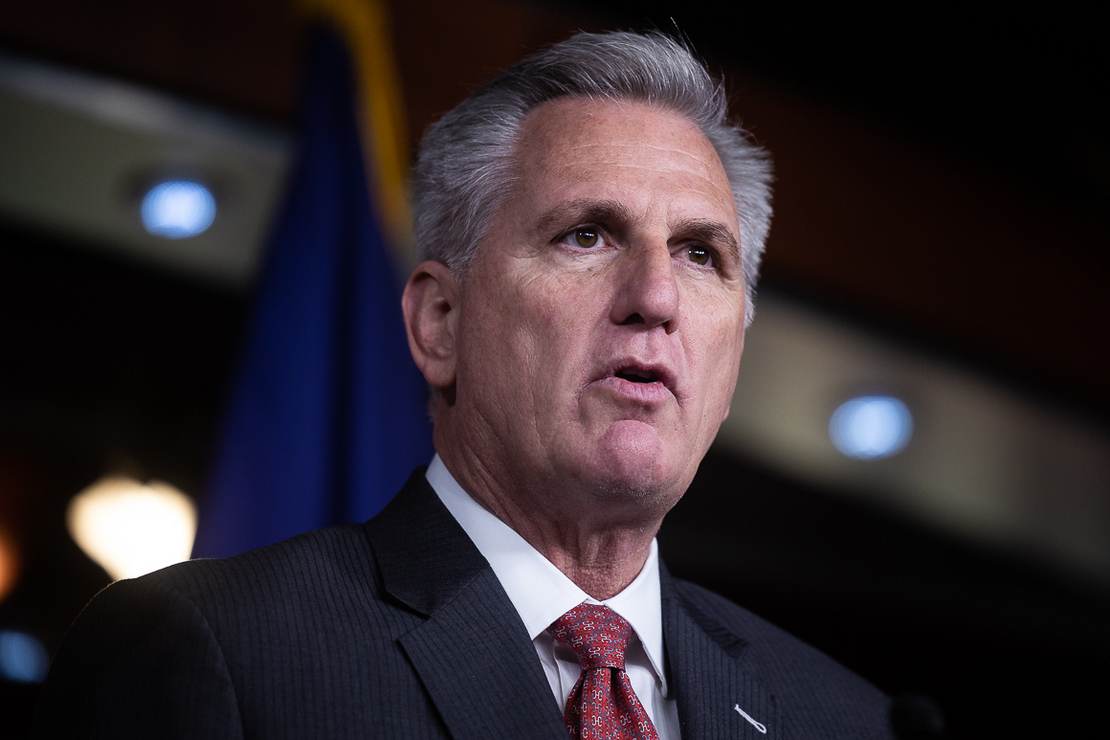 Republicans are slamming today’s announcement that President Biden authorized the release of 50 million barrels of crude oil from the Strategic Petroleum Reserve to help ease high gas prices ahead of the holiday weekend.

The reaction is yet another example of the GOP looking to capitalize on rising energy prices ahead of next year’s midterm elections, blaming the White House’s policies for record-high inflation.

Most energy experts say the current oil supply crunch stems from increasing demand as the world continues to reopen following the worst of the COVID-19 pandemic. The gasoline supply chain has been ramping up in response.

Republicans, however, said today’s announcement — and releases from reserves in India, China, Japan and South Korea — will do little to fix the supply-and-demand equation. The president himself is to blame, they say.

“Today’s announcement — which will release just three days’ worth of oil onto the market — is not about a real solution to our energy crisis,” House Minority Leader Kevin McCarthy (R-Calif.) said in a statement. “It is a crass political ploy just ahead of Thanksgiving."

Democrats may not get much relief from the rising political tension on energy prices. Lawmakers on both sides of the aisle and energy analysts say an SPR release will likely provide only short-term relief.

Last week, U.S. Energy Information Administration acting Administrator Stephen Nalley told a Senate panel the agency predicted a release of oil would reduce prices about 5 to 10 cents per gallon. The current average for a gallon of gas across the country was $3.40 amid one of the busiest travel weeks.

The price drop may be higher with releases from other countries, although the exact amount pledged is unclear at the moment. The results will also depend on how quickly the Department of Energy can sell its fuel.

The agency said the earliest delivery could happen by the end of December, but most of the oil would be delivered from January to April next year.

A senior White House official, speaking during a call with reporters this morning, said, "In terms of when consumers will see relief, we think that it needs to be soon and should be soon."

Crude oil prices actually rose this morning by 1 percent as rumors emerged that OPEC and Russia may revise their production output to account for today’s announcement.

That uncertainty has one key moderate Democrat, Sen. Joe Manchin of West Virginia, joining Republicans in questioning the administration’s energy policies, including the cancellation of the Keystone XL pipeline.

“Today’s release from the Strategic Petroleum Reserve is an important policy Band-Aid for rising gas prices but does not solve for the self-inflicted wound that shortsighted energy policy is having on our nation,” said Manchin, who chairs the Energy and Natural Resources Committee.

Manchin’s comments could prove problematic for Senate Democrats as they look to begin negotiations on shaping the budget reconciliation package that includes $555 billion in climate-related spending.

Democrats, led by Senate Majority Leader Chuck Schumer of New York, argued the SPR release represented a needed short-term fix as they look to more effectively transition the country away from fossil fuels.

"Tapping the SPR will provide much-needed temporary relief at the pump and will signal to OPEC that they cannot recklessly manipulate supply to artificially inflate gas prices,” Schumer said in a statement. "Of course, the only long term solution to rising gas prices is to continue our march to eliminate our dependence on fossil fuels and create a robust green energy economy."

Originally founded in the aftermath of the 1973-74 Arab oil embargo, the Strategic Petroleum Reserve was supposed to hold crude oil in case of a global supply disruption that would send prices skyrocketing.

In recent years, however, the reserve has been used in the aftermath of destructive hurricanes in the Gulf of Mexico, including by the Biden, Trump and Obama administrations.

The SPR currently holds 609 million barrels of crude, but almost half that amount has been earmarked for sale by Congress, which has used the reserve to pay for priorities like health care research and highway modernization.

The White House said 18 million barrels of the 50 million it plans to sell in the near future stems from a congressional mandate. The other 32 million would be available to companies that promise to replace it in the future. That’s why officials this morning said it was not an emergency release.

Former President Trump joined the Republican messaging with a statement that included multiple falsehoods. The former president argues the crude oil release would hurt the country.

“Those reserves are meant to be used for serious emergencies, like war, and nothing else. … We were energy independent one year ago, now we are at the mercy of OPEC, gasoline is selling for $7 in parts of California, going up all over the Country, and they are taking oil from our Strategic Reserves,” Trump said. “Is this any way to run a Country?"

Trump himself looked to use the SPR to influence the markets at the outset of the pandemic, but Democrats rebuffed attempts to fill the reserve. Many on the left expressed concern about encouraging more oil drilling.

Production has lagged since March 2020, when the combination of pandemic demand decreases and a Russian-Saudi price war caused oil prices to go negative for the first time ever.

Those nations have worked in closer coordination as a part of OPEC+ to limit a ramp-up of production over the next few months. That’s despite pleas from the Biden administration to increase output.

Producers have been slow to meet that demand, but EIA estimated that global supplies would return to normal toward the end of 2022. U.S. production, however, is unlikely to return to 2019 levels until after next year, EIA’s Nalley said last week

“As we come out of an unprecedented global economic shutdown, oil supply has not kept up with demand, forcing working families and businesses to pay the price,” Energy Secretary Jennifer Granholm said in a statement.

“This action underscores the President’s commitment to using the tools available to bring down costs for working families and to continue our economic recovery,” she added.