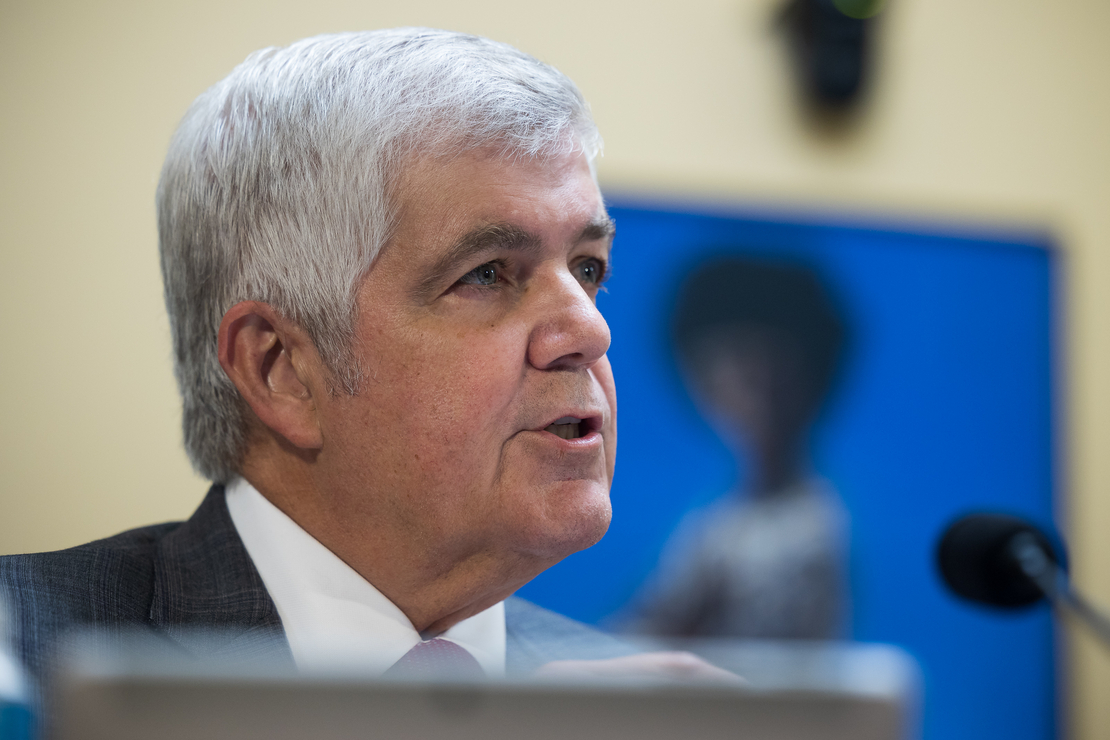 The House will vote this week on legislation to boost wildfire fighter pay, make federal forests more fire resilient and help communities in the West conserve water in the face of long-term drought.

The package, called the “Wildfire Response and Drought Resiliency Act,” combines 48 previously introduced bills on related issues, a move that sparked Republican complaints that majority Democrats are trying to ram them through with scant consideration and little GOP involvement (E&E Daily, July 21).

While many of the concepts in the legislation, such as enhanced pay and benefits for wildland firefighters, have bipartisan support, Republicans found little to praise at a House Rules Committee meeting Friday that set the parameters for floor debate.

The Rules Committee blocked most of the several dozen amendments Republicans wanted debated on the floor, including some proposing more ambitious thinning of national forests and softening of environmental review requirements in some cases.

The House will consider an amendment from Minority Leader Kevin McCarthy and Rep. Connie Conway, both California Republicans, to create a grant program to improve water supply reliability in communities experiencing shortages, as well as an amendment by Rep. Kim Schrier (D-Wash.) to expand weather assessments before and after wildfires to identify data gaps.

Supporters, including Rep. Joe Neguse (D-Colo.) said the bill would put several wildfire-response measures into law, including some that have been temporarily advanced by the administration or in last last year’s infrastructure bill and other legislation — such as enhanced pay and benefits for firefighters.

“They are woefully, woefully undercompensated,” said Rep. Joe Neguse (D-Colo.), who has led legislation to close the gap. “While we made some progress in the infrastructure bill, there remains much more to be done.”

The bill would also put into law a 10-year wildfire strategy the Forest Service recently adopted and call for it to revised periodically. That provision, though, brought criticism from Rep. Cliff Bentz (R-Ore.), who said the requirement might override what the agency is already doing — and that putting new requirements on the Forest Service could slow its forest management work.

Bentz — ranking member of the Natural Resources Subcommittee on Water, Oceans and Wildlife — said the firefighter pay parity mandate, at a minimum of about $20 per hour, could have the unintended effect of causing the federal government to cut firefighter positions if appropriations don’t keep up with the requirement over the long term.

And while sponsors said forest management work, such as forest thinning, envisioned in the bill would reduce wildfire risks, Republicans said the proposal falls well short of needs.

“The legislation before us is far from the solution Democrats purport it to be,” Bentz said.

Bentz — who noted that the U.S. Drought Monitor currently designates nearly 70 percent of the nation in a drought status — derided the legislative package as “a progressive wish list of pet projects.”

“The vast majority of the provisions in all of these titles have never been marked up by the Natural Resource[s] Committee,” Bentz asserted. “The bill picks winners and losers when it comes to water supplies while ignoring the long-term need for enhanced water storage infrastructure.”

The bill would authorize up to $500 million for the Interior Department to address “critical low water elevations” in the nation’s largest reservoirs, Lake Powell and Lake Mead. The agency has struggled to maintain water in both storage facilities (Greenwire, May 3).

Instead, Bentz argued the bill should have included funding for projects authorized in the Water Infrastructure Improvements for the Nation, a controversial 2016 bill that addresses water storage, desalination and water recycling and reuse projects (E&E Daily, Dec. 12, 2016).

The Oregon lawmaker also criticized the inclusion of H.R. 7792, the “Water Data Act,” which would create a multiagency initiative to track and standardize information on streamflows, precipitation, groundwater, soil moisture, snow, evaporation, water quality and water use by various sectors.

Bentz asserted the data initiative could be “weaponized” to file federal lawsuits against farmers and ranchers. Republican lawmakers have argued that federal water should favor agriculture and food production rather than aquatic habitat and species (E&E Daily, May 12).

Neguse — chair of the Natural Resources Subcommittee on National Parks, Forests and Public Lands — defended the legislation, arguing that the package needs to move swiftly to address issues currently impacting Western states, including his own.

“We often hear complaints about Democratic inaction — we’ve heard concerns about drought, about fire, about community safety — and yet Democrats here today are looking to pass a thoughtful, forward-looking piece of legislation, and some of our colleagues are encouraging us to slow down,” he said.

Natural Resources Chairman Raúl Grijalva (D-Ariz.) submitted a bill manager’s amendment that includes several additional provisions, such as a study on weather-related losses to agriculture this year, a study on the use of CH-47 Chinook helicopters in wildfire response and a demonstration program to encourage innovative methods of building electric-grid resilience to wildfires.