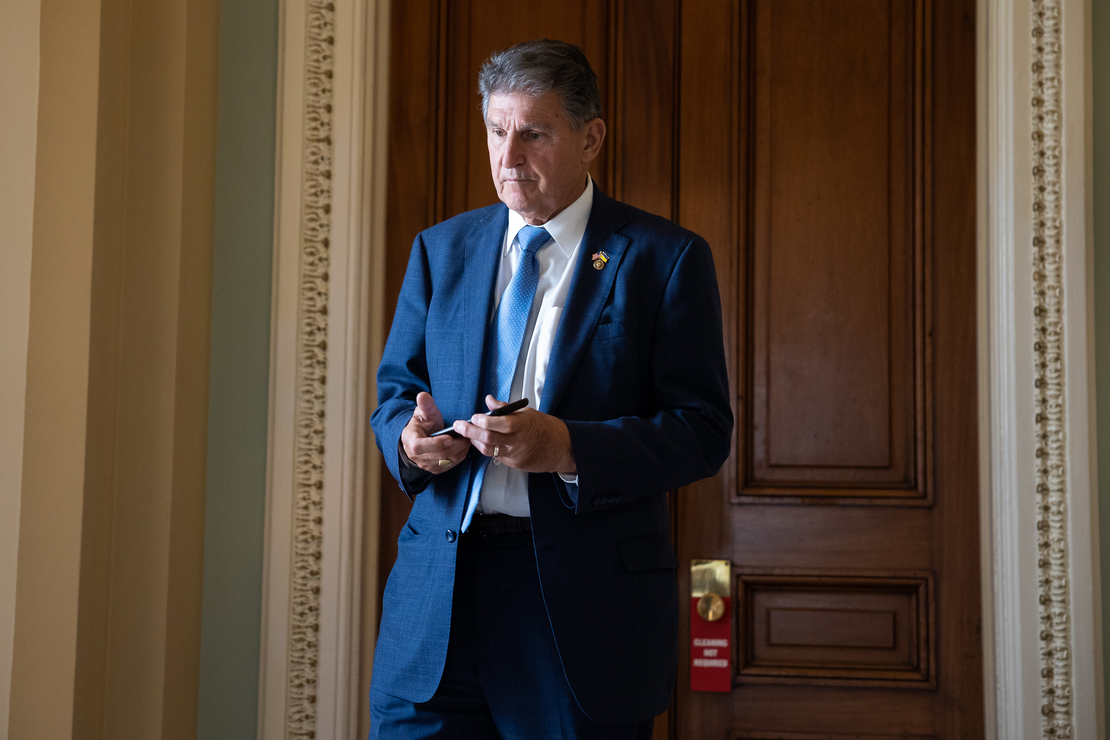 Manchin, a staunchly pro-fossil-fuel lawmaker who leads the Energy and Natural Resources Committee, isn’t up for reelection until 2024.

But the GOP, which sees the $739 billion “Inflation Reduction Act” as an attack on fossil fuels and argues it would increase costs for a broad range of Americans, is lining up significant efforts to beat him.

Former President Donald Trump last week pledged to work against Manchin for “devastating” West Virginia, which gave Trump one of the largest vote shares in the 2020 presidential election.

“I’ll go down and campaign against him as hard as anybody can,” Trump said in his speech at the Conservative Political Action Conference, eliciting cheers from the audience.

And one of Manchin’s former allies and an historically dominant industry in West Virginia, the coal sector, is on bad terms with him following the Senate’s vote on the bill.

The West Virginia Coal Association joined a handful of coal groups in other states in a harsh critique of the climate legislation last week before it passed. Manchin worked on the deal with Senate Majority Leader Chuck Schumer (D-N.Y.).

“This legislation is so egregious, it leaves those of us that call Sen. Manchin a friend, shocked and disheartened,” they wrote in their open letter.

“Sen. Manchin has seemingly fought against numerous climate measures advanced over the past year by the national democratic establishment,” they said. “The current Schumer-Manchin draft agreement on climate and energy frankly leaves us questioning the motivation and sincerity of Manchin’s previous stance and his repeated chant: we must ‘innovate not eliminate.’”

Manchin hasn’t formally committed to seeking reelection in 2024, but such a run appears likely.

“He has a tough race, no doubt about it,” John Kilwein, a political science professor at West Virginia University, told E&E News about Manchin’s task should he run.

“It was a close race against an unpopular candidate the last time he won,” he said, referring to Patrick Morrisey, Manchin’s 2018 Republican opponent and the state’s attorney general.

“I think the Republicans are taking their time, and I think they’re going to pick a pretty strong candidate,” said Kilwein. “And it’s going to be a real heavyweight match.”

Kilwein said Manchin’s public fights against the predecessors to the “Inflation Reduction Act” earned him popularity in West Virginia, where voters liked to see him standing up to Democrats.

But if he plays it right, Manchin could sell the final bill as a big win for the state, Kilwein said, pointing to the side agreement he made with the Biden administration to approve the Mountain Valley pipeline, the legislation’s indefinite extension of the Black Lung Disability Trust Fund fee and support for carbon sequestration technology.

“That’s all to say, two years from now is a long time in politics,” Kilwein said.

Manchin has brushed off the threats.

Talking with reporters, he noted Trump’s campaign against him in 2018, “and it helped me, so I got elected then, so maybe he’ll help me again,” according to Fox News.

He took issue with the letter in his own response to West Virginia Coal Association President Chris Hamilton.

“We have no choice but to focus on innovation, diversification of both uses for our coal and for our economy, new opportunities for our communities, and taking care of the families who have sacrificed so much for their fellow Americans,” Manchin wrote. “I will not apologize for taking action to give this industry and our coal communities every opportunity I possibly can to survive and thrive in new ways.”

At least one of Manchin’s potential 2024 opponents appears to be preparing for the contest.

Rep. Alex Mooney (R), who is in a safe House race this year, released an advertisement yesterday tearing into Manchin over the reconciliation bill.

“Suddenly, Joe Manchin is backing Joe Biden’s liberal agenda,” the voiceover in the ad says. “Manchin is supporting legislation that would raise our taxes, tax our coal industry and devastate West Virginia communities.”

It goes on to say that Mooney “won’t let Joe Manchin and Joe Biden destroy our coal industry and devastate West Virginia.”

Besides Mooney, potential Republican candidates in 2024 include Morrisey and Riley Moore, the state treasurer, who has gained fame recently for pulling state funds from BlackRock Inc., Goldman Sachs Group Inc. and other institutions that he accuses of supporting environmental, social and governance (ESG) principles that hurt fossil fuels.