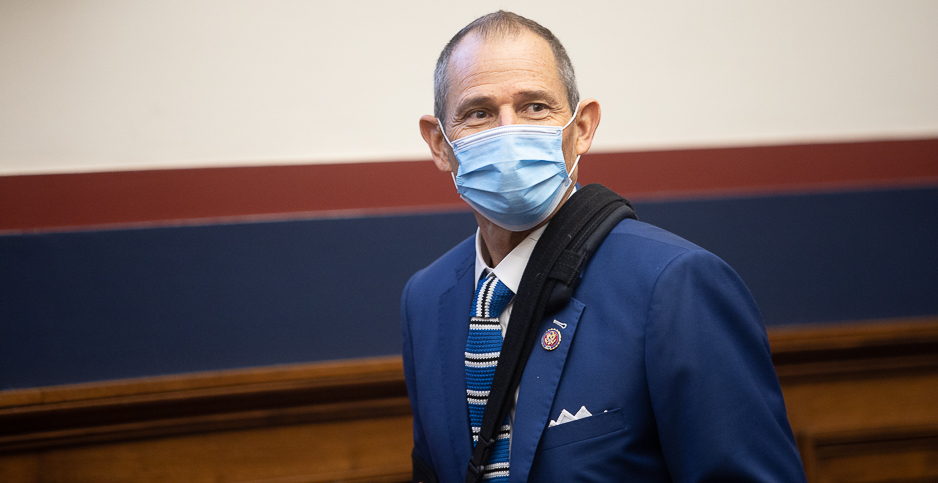 House Republicans are preparing to announce a new climate caucus focused on educating its members.

The group will be open only to Republican lawmakers and will be used to share science and data about climate change, clean energy and jobs, according to three sources close to the effort. It’s being spearheaded by Rep. John Curtis (R-Utah) and is expected to be unveiled in the coming weeks, with membership numbering about two dozen lawmakers.

It is intended to show conservatives how climate change affects their districts and to introduce possible solutions focused around conservative values, such as free-market principles and job creation, the sources said.

"What this is meant to do is relate the issues to the districts of the members of Congress, allow them to have a better way to engage that is more applicable to their values," said Benji Backer, president of the American Conservation Coalition, who is familiar with the effort.

"I think in that way, it’s connecting dots that haven’t been done before to get conservatives more engaged on climate who otherwise wouldn’t," he added.

The intention is to create a place where Republicans might be more receptive to learning about climate science outside of the political sphere, said one source who’s close to the effort. It is not meant to be a forum for pushing policy on lawmakers, some of whom may be uncomfortable with an issue that’s embraced by the left.

The caucus will offer localized information about congressional districts so lawmakers can "see what’s going on in their backyard," the same source added. One example could show how farmers are sequestering carbon by planting cover crops.

That could help Republicans develop messaging for their constituents, who might not want their elected officials to talk about climate change. It could also include information about local clean energy sources and industries, which are in virtually every congressional district in the country, the source said.

Curtis did not respond to a request for comment.

In the last year, Curtis has tried different strategies to move his party on climate. That has included a gathering in Utah earlier this year where members were introduced to policies such as carbon pricing and briefed on polling that showed how a large pool of GOP voters support climate action.

"John Curtis listens really well to his colleagues, and it influences him and it helps identify his strategy and how to structure things and who to involve and who to give certain assignments to," said another source close to the effort.

The new group is distinct from the House Climate Solutions Caucus, a bipartisan body that has helped craft a series of climate-related bills that would invest in tree planting, research and development for both clean energy and fossil fuels, and carbon capture. None of those bills mandate a reduction of fossil fuels, the primary driver of climate change.

Backer of the American Conservation Coalition said he expects the new caucus to grow quickly, from about two dozen members initially to dozens more. He called the caucus a "historic turning point" because it’s focused on changing minds rather than following traditional policy approaches.