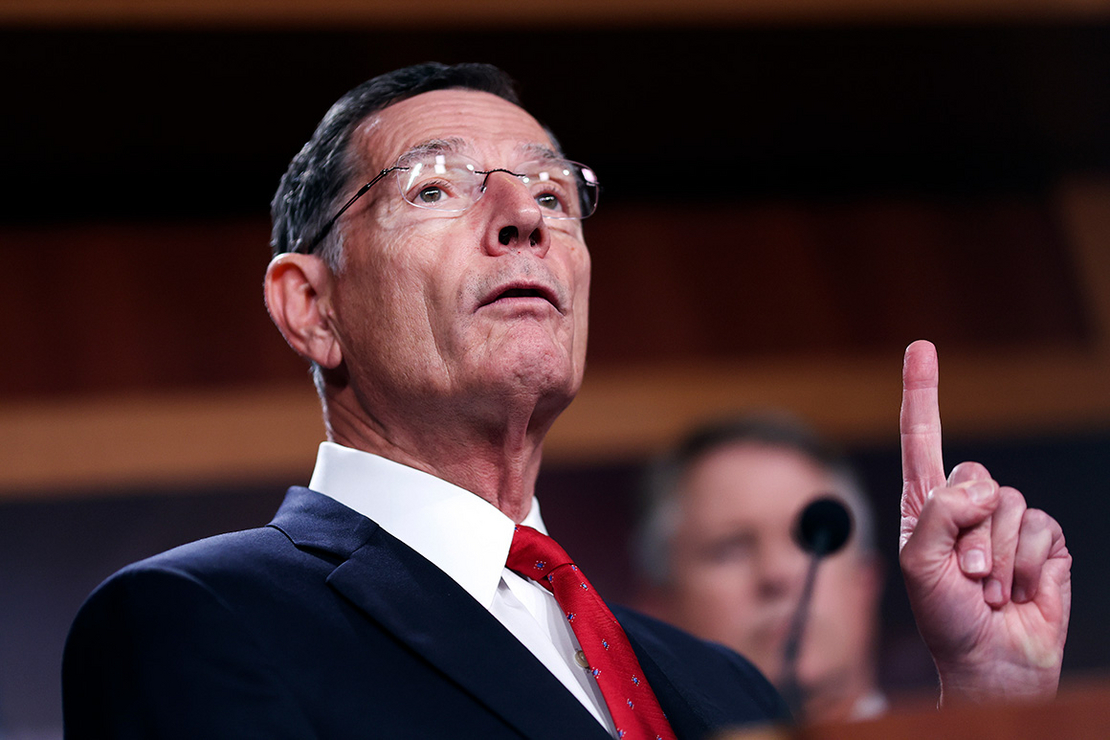 The comments from Senate Energy and Natural Resources ranking member John Barrasso (R-Wyo.) and other Republicans follow news last night that Democrats have secured support from all 50 caucus members for budget reconciliation legislation with $369 billion in climate and energy spending.

Schumer has indicated that permitting reform could ride in a spending continuing resolution. Republicans, who have long supported many of the permitting deal’s provisions, are lining up in opposition.

“Sen. Manchin, if you think you are going to get 60 votes to get the sweeteners that cannot be done in reconciliation, you need to think long and hard about what you are doing,” top Budget Committee Republican Lindsey Graham of South Carolina told reporters this morning.

Schumer, during his own press conference, appeared unconcerned about GOP threats on permitting.

The Senate is gearing up to hold an initial procedural vote on the reconciliation package tomorrow afternoon. The $369 billion in clean energy spending would be one of the biggest climate-focused investments in the nation’s history.

Republicans this morning highlighted new costs on oil and gas production, having to do with international import and Superfund-related taxes.

“Joe Manchin has agreed to something that the folks in West Virginia and in Wyoming said, ‘Joe Manchin, what the heck are you thinking?'” Barrasso told reporters.

Barrasso’s direct attacks on Manchin, who chairs the Energy and Natural Resources Committee, were notable because of their previous bipartisan collaboration on energy and environment issues. The GOP in the past has tried to woo Manchin to its side.

This morning’s Republican press conference also included a preview of how the party intends to handle the “vote-a-rama” scheduled to begin this weekend. Members on both sides will introduce a flurry of amendments to reconciliation before final passage. Barrasso said energy security, inflation, the border and crime would be top GOP issues.

Schumer was largely dismissive of Republican attacks on the bill.

“Republicans are scraping the bottom of the barrel for justification to oppose this bill,” Schumer said, adding that Republican attacks “can’t even seem to lay a glove on this. They don’t know what to do.”

“When we pass this legislation, that will dominate,” Schumer said. “And these amendments vote around the legislation will be dwarfed by that we’re actually helping the American people instead of just playing political games.”

The House announced today it would be in session next Friday to take up budget reconciliation.