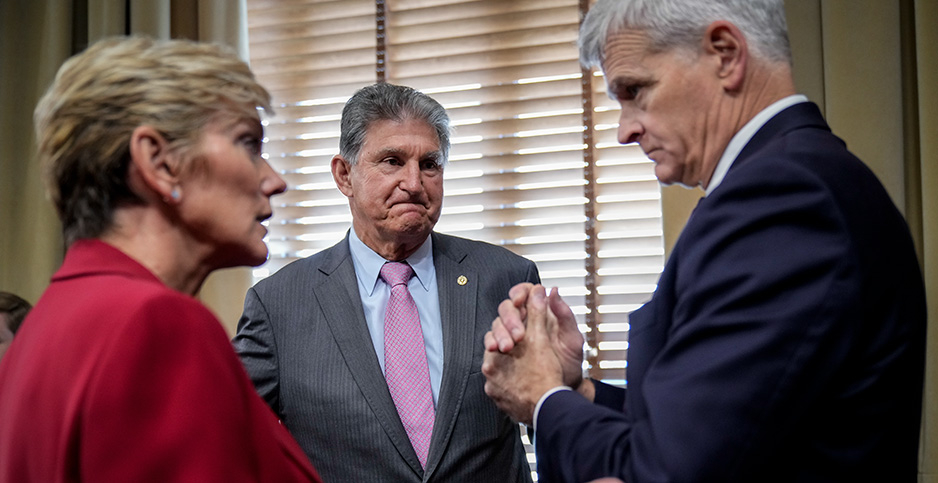 Republican infrastructure negotiators dug in against President Biden’s climate plan — except on one issue.

Resiliency spending emerged from the bipartisan negotiations mostly intact, while every other climate program was cut back to win GOP support.

The unique durability of that proposal underscores a political trend that’s been building for years: Republicans and some conservative Democrats still balk at curbing emissions, but preparing for the consequences of those emissions has become good politics.

Even some conservative lawmakers see resiliency spending as a smart investment. The federal government saves $6 for every $1 spent on hazard mitigation, according to the National Institute of Building Science.

Some Republicans are pushing the administration to spend even more, especially those on the front lines of climate change.

Resiliency funding was a top priority of Sen. Bill Cassidy (R-La.), one of the lawmakers who picked up infrastructure negotiations after talks collapsed between Biden and Sen. Shelley Moore Capito (R-W.Va.).

Capito proposed $14 billion for resiliency after omitting it from the first Republican offer.

Cassidy, on the other hand, singled out resiliency from the beginning as an area of bipartisan emphasis.

"When I called the White House initially to explore this, I said do you mean like coastal restoration? Do you mean like riverine systems which are flooding?" Cassidy said last week as lawmakers announced the infrastructure deal. "And they said, that’s exactly what we are speaking about."

So even as senators negotiated Biden’s overall proposal down to about $580 billion from over $2 trillion — including deep cuts to electric vehicles, climate research and clean energy spending — they left resiliency alone.

That single line item isn’t the whole story. The White House has said resiliency is also embedded within other funding streams, like roads and bridges, because new construction can account for future conditions like sea-level rise. So a smaller infrastructure package inherently offers less money for projects designed for a hotter climate.

"I represent south Louisiana, and there’s no better place to prove the importance and the value of making proactive investments," Rep. Garret Graves (R) said at a hearing last week.

He said lawmakers need to bulk up federal programs like pre-disaster mitigation grants.

Rep. Carlos Gimenez (R-Fla.) said last week that his district in the Florida Keys needs "urgent attention" and federal money to grapple with sea-level rise, which is chronically flooding streets and other infrastructure in the Keys.