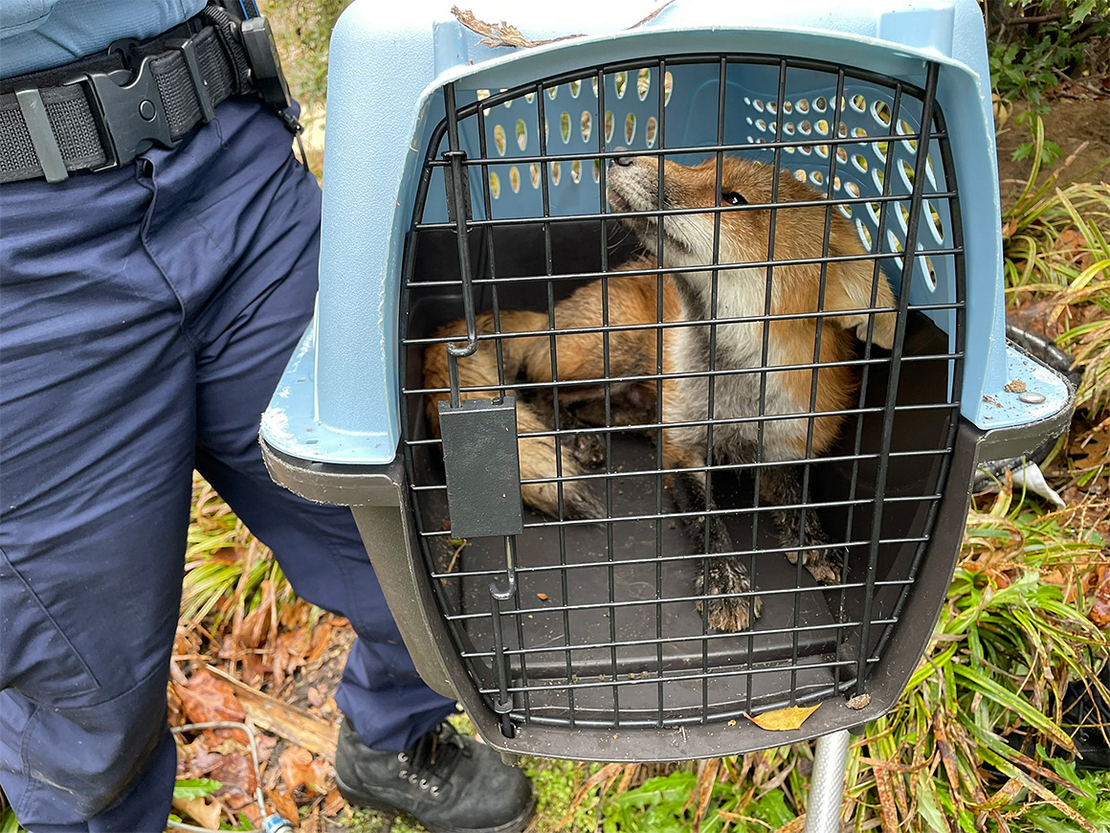 The attention-grabbing, congressman-biting reign of the Capitol Hill fox has been terminated, with extreme prejudice.

Capping an episode that combined you-go-girl humor with some honest-to-goodness frights, the D.C. Department of Health announced today that the red fox responsible for attacking multiple people on Capitol Hill yesterday was “captured and humanely euthanized so that rabies testing may be done.”

The spokesman added in the statement that the agency expects the test results later today.

The fox was an adult female, and kits were found and captured in the area where she was hanging out while providing a diversion for what grew to become a sizable social media fan base (E&E Daily, April 6).

“If this fox is determined to be the parent of the kits, they will [be] sent to a wildlife rehabilitation center, otherwise they will be relocated in the area they were found,” the Department of Health spokesperson said today.

Among the bitten yesterday was California Democratic Rep. Ami Bera, a physician. He said he was on the Senate side of the Capitol when the fox snappped at him. It was, Bera said, “unprovoked.” Today, tweeting before the Department of Health announced the fox’s fate, Bera showed a forgiving spirit despite having gone through rabies vaccinations.

“Thanks everyone for the well wishes! I feel healthy and am glad to be back at work. Despite the dustup, I hold no grudge or ill will against @thecapitolfox,” Bera tweeted. “Hoping the fox and its family are safely relocated and wishing it a happy and prosperous future.”

That’s right — the fox, or her undesignated representatives, had established a Twitter handle that gained more than 4,000 followers by today. If Twitter is to be believed, the red fox issued a final statement saying: “Gone but not forgotten. May you remember me fondly.”

The Humane Rescue Alliance, which handles animal control on behalf of the District of Columbia, sent staff to Capitol Hill to trap the fox yesterday afternoon. It was captured around 3:30 p.m., police said.

In the District of Columbia, according to the health department, rabies is most commonly found in bats, raccoons, foxes and skunks. Each year, the DC Health Animal Services Program tests hundreds of wild and domestic animals. Most of the tests are negative for the disease.

According to the department’s most recent report, 15 out of 186 total samples last year tested positive for rabies, with raccoons the most likely culprit. Two foxes were tested, and both came back clean, although by that time they were also dead.