Research: Insects are dying off because of climate, farming 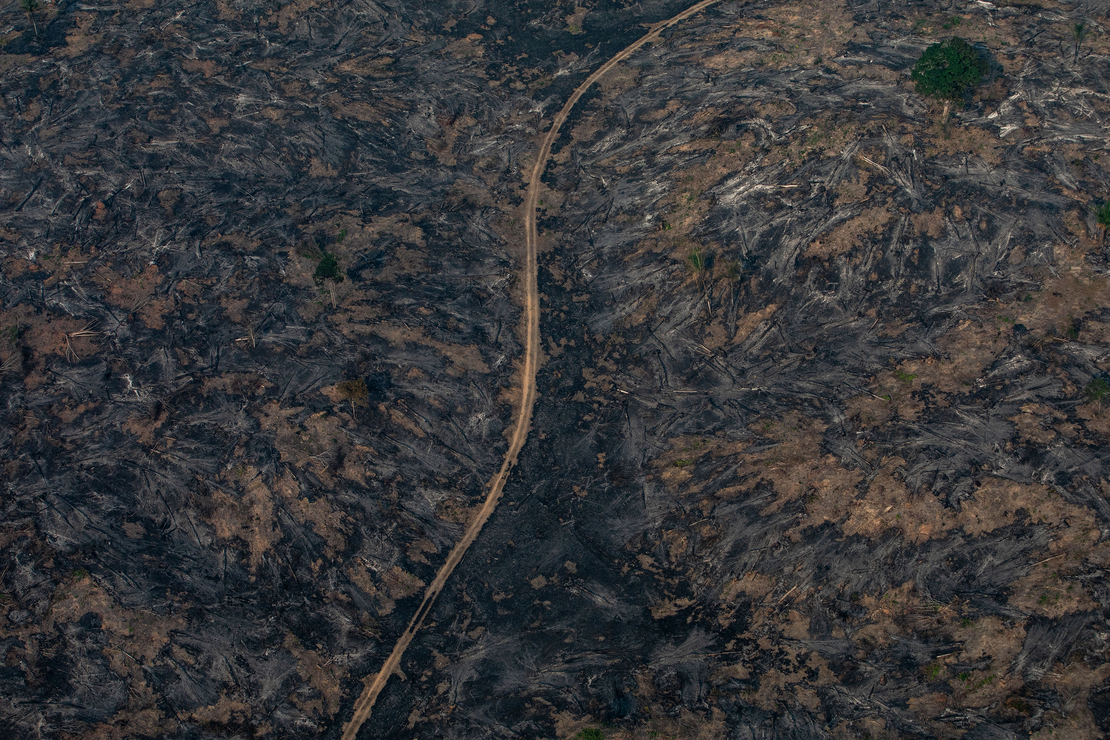 A section of the Amazon rainforest that was decimated by wildfires in 2019 near Porto Velho, Brazil. A new study finds that tropical regions are at the greatest risk for insect declines due to a combination of deforestation, agriculture and climate change. Victor Moriyama/Getty Images

The combined influence of climate change and expanding agriculture are causing insect populations to plummet in some parts of the world, according to a new study that determined the abundance of bugs has dropped by half in the hardest-hit places.

That’s a big concern for both people and nature. Insects often help form the bedrock of natural ecosystems — they pollinate plants, including agricultural crops, and also provide an important food source for other animals.

“Our findings highlight the urgency of actions to preserve natural habitats, slow the expansion of high-intensity agriculture, and cut emissions to mitigate climate change,” said lead study author Charlotte Outhwaite, a scientist at University College London, in a statement.

It’s the latest in a number of recent studies that warn insects are declining at alarming rates around the world. Deforestation and expanding agricultural land use are degrading insect habitats, while global warming is altering the climate conditions that many species require to survive. That’s on top of other threats, such as pollution and the spread of invasive species.

The new study analyzed data from hundreds of studies investigating nearly 18,000 different insect species at thousands of sites across the planet. The researchers compared the different study sites to determine how severely they’ve been affected by expanding agriculture, how temperatures have changed in response to global warming and how insect populations have fared in response.

They found that the combined effects of agriculture and climate change led to worse outcomes for insects.

The effects weren’t uniform around the world. Upon a closer look, the researchers found that tropical regions were at the greatest risk for insect declines. That’s likely in part because tropical species tend to be more specialized and have smaller ranges and a narrower temperature tolerance than insects in other parts of the world.

The researchers also found that insects in some temperate regions of the globe actually saw a positive influence from climate change. But even that isn’t necessarily good news.

While the effect needs more investigation to determine exactly what’s going on, the researchers suggest that species in warmer parts of the world may be migrating into these areas. At the same time, some of the more cold-tolerant species that used to live there may have already disappeared by the time the studies were conducted.

But the study does demonstrate that insects in places affected by intense agriculture and significant warming tend to fare worse, especially in the world’s vulnerable tropics. And, crucially, it highlights the ways these two factors can magnify one another when combined.

The study reflects a “growing recognition” of the combined effects of both land use and climate change on biodiversity, said Tom Oliver, an ecologist at the University of Reading who was not involved with the research but commented on the new study, in a statement.

The long-term ecological consequences of these effects, he added, are still unclear. Experts have warned that continued insect declines could cause some ecosystems to catastrophically collapse. But what that would look like, and how quickly it could happen, is still a matter of debate.

“In terms of a potential tipping point where the loss of insects causes whole ecosystems to collapse, the honest answer is we just don’t know when the point of no return is,” Oliver said. “We know that you can’t just keep losing species without, ultimately, causing a catastrophic outcome.”