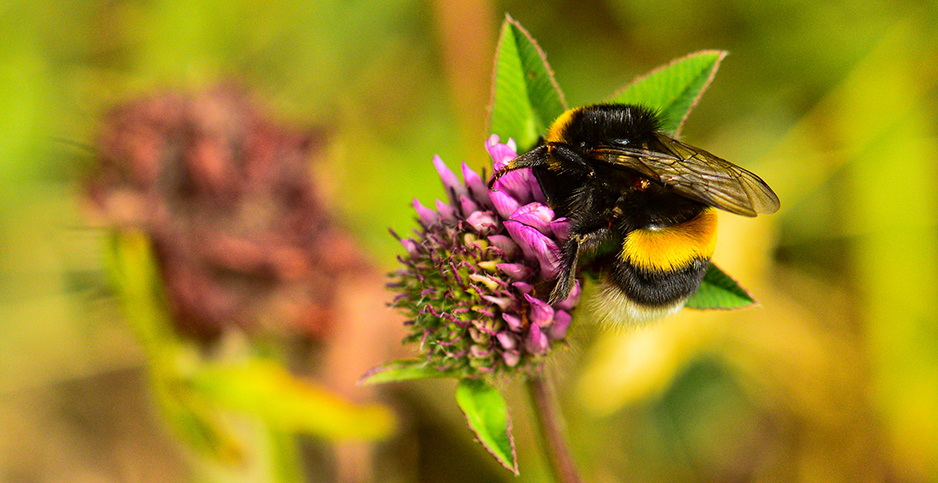 Instead, the culprit appears to be inert ingredients added to the herbicide, such as wetting agents called surfactants, according to researchers at Royal Holloway, University of London.

Groups critical of pesticides, such as the Center for Biological Diversity and the Center for Food Safety, urged EPA to put new controls on the use of the ingredients, which often aren’t disclosed on labels.

The researchers published their findings earlier this month in the Journal of Applied Ecology.

For their study, the researchers said they used a few versions of Roundup, the brand-name herbicide made by Bayer AG, and found mortality rates of greater than 90% in bumblebees exposed to it. But a glyphosate-free version also killed 96% of exposed bees, they said, "demonstrating that the active ingredient, glyphosate, is not the cause of the mortality."

Surfactants and other ingredients may suffocate the bees by blocking their tracheal systems, according to the study.

Researchers have already established that surfactants are toxic to honeybees and solitary bees. This was the first major study finding similar threats to bumblebees, the researchers said.

While bumblebees aren’t major commercial pollinators on the same scale as honeybees, they’re important in the wild for pollinating various plants. The potential effect of farm chemicals on wild, native bees is alarming enough to warrant further study, scientists and environmental group say.

"Given the hazard demonstrated here with all tested Roundup® products, and the extensive exposure of bees to such GBHs [glyphosate-based herbicides] world-wide, GBHs may pose a high risk to bees, and thus may be an as yet unidentified driver of the bee declines that are occurring around the globe," the study said.

Bayer, which acquired Roundup in its merger with Monsanto Co. in 2018, has cited studies showing no adverse effect on honeybees from glyphosate exposure, even when hives are treated with amounts considerably greater than they would typically see in the environment.

In a statement to E&E News, Bayer said the study didn’t provide new information about health concerns for bumblebees and noted researchers’ acknowledgment that they weren’t replicating realistic field conditions.

"The authors sprayed bumble bees in a plastic box in a manner that is inconsistent with product instructions and common sense about where to spray weed killers," the company said.

Bayer said the study would have been more scientifically defensible had researchers used soap as a control in the experiment, mimicking the effect of surfactants that help spread herbicide on leaves and reduce the amount of weed killer needed. Such an experiment would have shown that concentrated soapy water can kill insects, the company said.

Glyphosate is the most commonly used herbicide on U.S. farms. Crops such as corn and soybeans have been genetically modified to survive application of the chemical, helping drive a surge in use. Manufacturers and some farm groups tout it as a soil conservation hero, since farmers who use it don’t have to till the soil as much to eliminate weeds.

The herbicide faces a stiff challenge, and lawsuits from critics who point to an International Agency for Research on Cancer’s finding in 2015 that it probably causes cancer, although scientific agencies in the United States and elsewhere, including EPA, have disputed that conclusion.

EPA has registered more than 1,100 herbicide formulations containing glyphosate as an active ingredient. The inert ingredients are considered proprietary, and the agency doesn’t disclose them, according to CBD.

CBD said the latest study supports its position that EPA should require disclosure of inert ingredients and force companies to submit safety data on them as part of periodic pesticide reviews at the agency.

CFS requested such a move by EPA during the Trump administration, but the Trump EPA did not act on the request.

"This important new study exposes a fatal flaw in how pesticide products are regulated here in the U.S.," said Jess Tyler, a staff scientist at CBD, in a news release. "Now the question is, will the Biden administration fix this problem, or will it allow the EPA to continue its past practice of ignoring the real-world harms of pesticides?"