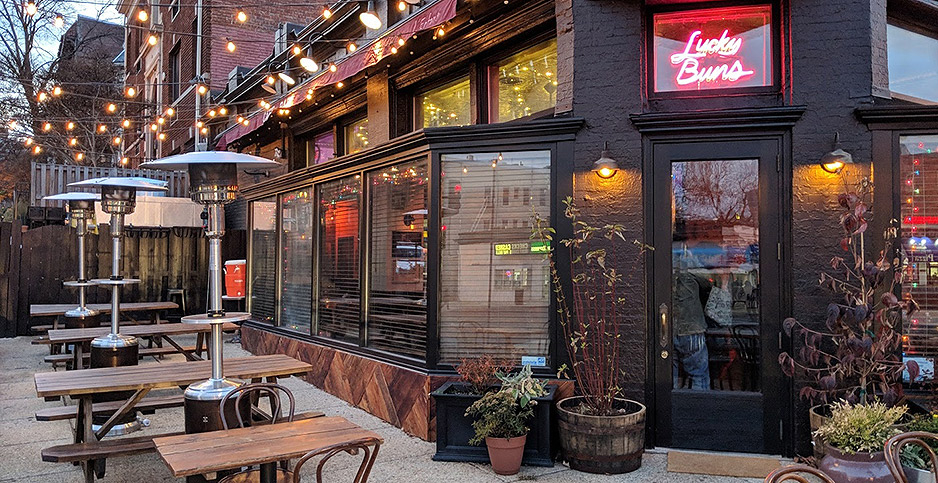 A popular Washington burger joint linked to EPA chief Andrew Wheeler was among the several businesses affiliated with Trump officials to receive a loan from the government’s aid program intended to blunt economic distress caused by the pandemic.

The restaurant, Lucky Buns, received a loan under the Small Business Administration’s Payment Protection Program (PPP), according to data the agency released this week.

Wheeler is a former investor in the company, Upshur Burger Concepts LLC, and receives up to $2,000 worth of free food and drinks per month, according to his 2019 financial disclosure form.

Restaurants have been hit particularly hard during the coronavirus pandemic, even as the country partially reopens.

The PPP offers low-interest loans to small businesses that will be forgiven if 60% of the money is spent on employee salaries, among other conditions. The agency said in April it would waive ethics rules for lawmakers, federal officials and their families.

Before joining EPA, Wheeler took an interest in the eatery, which opened in the heart of the Adams Morgan neighborhood in 2017.

Alex Herrgott, a restaurateur and former aide to Sen. Jim Inhofe (R-Okla.), asked Wheeler to get involved, according to Herrgott. At the time, Wheeler was a coal industry lobbyist.

"Wheeler is no longer an active investor, as his investment has been fully paid back," said Herrgott, who is also a current Trump administration official. "His investment was a very small minority stake investment that didn’t offer equity in the business."

Herrgott said all former investors receive "food and drink perks," which are not redeemable for cash. He declined to say how often Wheeler goes to Lucky Buns "for safety and privacy’s sake."

EPA spokesman James Hewitt said in an email that Wheeler "no longer has ties to the company." He did not respond to a follow-up question about how often Wheeler frequents the restaurant, which recently opened a second location at Union Market.

Herrgott, who described himself as a "nonoperating" partner at Upshur Burger Concepts, serves as the executive director of the obscure federal agency, the Federal Permitting Improvement Steering Council. The council was created to accelerate the construction of major infrastructure projects through 2015 legislation known as the Fixing America’s Surface Transportation (FAST) Act.

Herrgott helped craft the bill when he was the deputy staff director in the Senate Environment and Public Works Committee (Greenwire, Jan. 17).

Herrgott dismissed what was once dubbed "Burgergate" after Citizens for Responsibility and Ethics in Washington last year spotted the $2,000 of free burgers on Wheeler’s financial disclosure form.

"It was less than a story," he said yesterday.

Known for his gregarious personality, Herrgott has for years been heavily involved in both politics and restaurants in Washington.

While he is not involved in daily operations, Herrgott said he and three others started Lucky Buns. Head chef Alex McCoy, who has also been involved with Washington staples Alfie’s and Duke’s Grocery, regularly posts support for Democrats on Twitter.

Energy firms have been among the top recipients of PPP dollars, including one tied to former EPA Administrator Scott Pruitt (E&E Daily, May 12). Environmental groups have also gotten help (Climatewire, July 8).