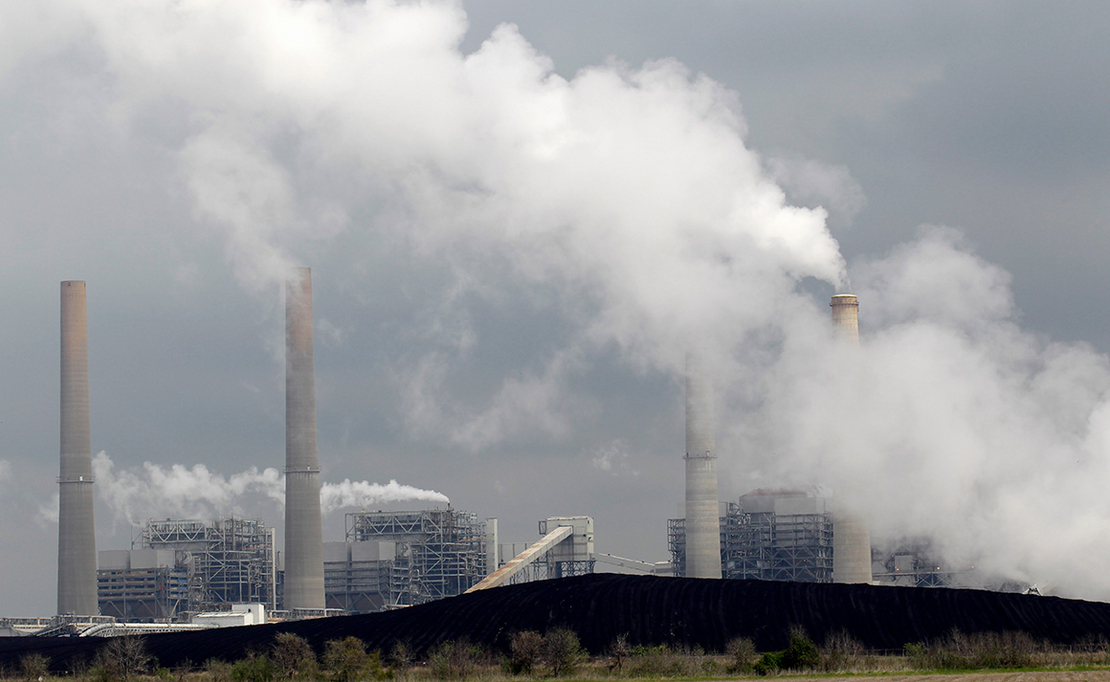 In this file photo, exhaust rises from smokestacks in front of piles of coal in Thompsons, Texas. Updates to EPA policies on supplemental environmental projects for settlements are pending. AP Photo/David J. Phillip, File

Overhauling a little-known policy that could be instrumental to advancing President Biden’s environmental justice goals has been stalled for the last year, prompting questions about why the administration is holding up a key tool.

At issue is a long-standing popular Justice Department policy — “supplemental environmental projects,” or SEPs — used when companies guilty of environmental crimes agree to offset the harms in communities rather than simply paying a fine (Greenwire, Aug. 21, 2019).

The Biden DOJ signaled last February it would bring back the practice, which had been largely abandoned by the Trump administration.

“It is a little difficult to understand why it is taking so long,” said Simone Jones, a partner at the law firm Sidley Austin LLP. “It’s not something that’s particularly complex.”

She added, “We’re at a period of time where SEPs can really be beneficial to advancing the administration’s stated environmental justice agenda.”

SEPs have had sweeping support from both environmentalists and oil executives, but the Trump administration chipped away at the policy after then-Attorney General Jeff Sessions banned DOJ from entering settlement agreements that included payments to third parties (Greenwire, March 13, 2020).

For example, the Trump administration tried to block a legal settlement between DTE Energy Co. and the Sierra Club that would have required the Detroit-based utility to close three coal-fired power plants and pay $2 million for local environmental improvements. The projects were in addition to a $7 million fine.

A federal court in 2020 rejected the Trump DOJ objection, and the Biden DOJ decided not to appeal the decision. But now legal experts are wondering what DOJ will do for its own enforcement cases and with the larger policy, which will require a rulemaking that will be subject to notice and comment (E&E News PM, Feb. 4, 2021).

As a practical matter, EPA refers enforcement cases to the Justice Department for civil or criminal prosecution. EPA can push for certain agreements, but ultimately DOJ makes the call.

In addition, EPA handles some smaller, administrative cases on its own. Those sometimes include environmental improvement projects or other agreements.

Last week, EPA referred questions about SEPs to DOJ, but its fiscal 2021 enforcement report included seven agreements by the violator to conduct SEPs, totaling $12.3 million. That’s a fraction of the amount in recent years, and the report notes that the agency’s ability to use SEPs in settlements has been “severely limited” by past Trump DOJ policies.

Some suspect the administration could be waiting for the confirmation of David Uhlmann to be EPA enforcement chief. His nomination has been tied up by Sen. Cynthia Lummis (R-Wyo.) over concerns of the fate of a power plant in her state.

“If an industry has blighted an area, they have a responsibility to un-blight it,” said Sam Sankar, an attorney at Earthjustice. “That’s more than just nonpolluting in the way they have done for many years.”

Jones, of Sidley, said she is currently working with a client where a supplement environmental project might be fitting, but it is “not clear what role SEPs will play if at all.” She explained SEPs are favored by polluters so they can remedy communities that have been adversely affected.

The agreement would require a nexus between the violation and the remedy; for example, installing air monitors in a community where facilities broke Clean Air Act laws.

But some wondered if long-standing Republican opposition is contributing to the delay. GOP lawmakers have argued SEPs amount to “slush funds,” and they passed a bill that would have prohibited third-party payments and specified that SEPs fall into that category. They argued SEPs illegally sent money to communities that would have otherwise gone to general federal coffers.

Yet Jones said SEPs often cost more than had a company simply paid a fine. But she could imagine pushback from the right — similar, she noted, to opposition that could materialize in response to the Biden administration’s Justice40 initiative, which directs 40 percent of climate-related investment benefits to communities long burdened by pollution.