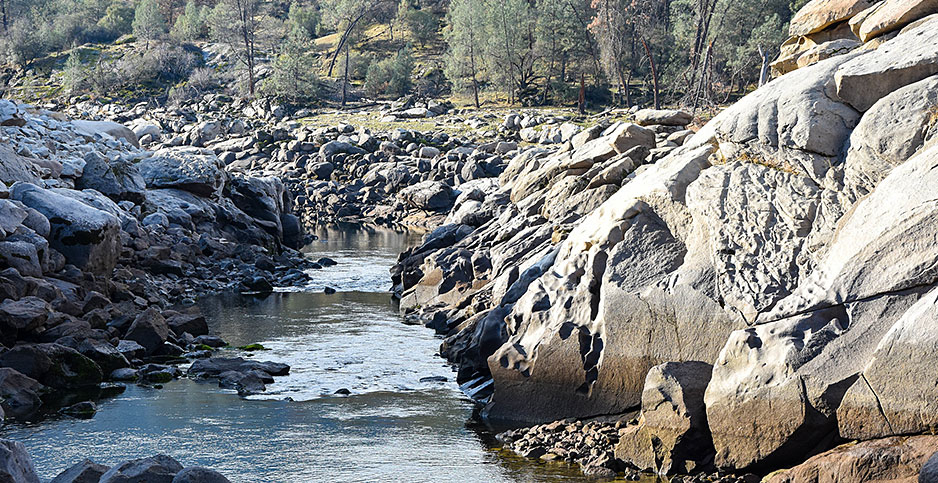 Even as then-Interior Secretary Ryan Zinke promised to overhaul his agency and increase coordination across bureaus, the Trump administration not so quietly dismantled a conservation program aimed at doing just that among federal, state, tribal and private landowners.

But now advocates for the former Landscape Conservation Cooperative program — whose 22 regional partnerships were administered by the Fish and Wildlife Service — see a chance to resurrect that structure, while also improving it. The impetus is President Biden’s pledge to conserve 30% of the nation’s land and water by 2030.

"If we’re going to have this new model for 30×30, we have to create the architecture for this dialogue and for implementing the recommendations that come from this dialogue," said Gary Tabor, president of the Center for Large Landscape Conservation.

The White House rebranded its ambitious conservation plan as the "America the Beautiful" initiative last week, although agencies like the Interior Department and the Council on Environmental Quality have yet to decide many of the program’s details (Greenwire, May 6).

But Tabor’s organization, along with the Alaska Conservation Foundation, stressed in a recent report that the Biden administration must focus its conservation goals on "sustaining whole landscapes" — ecosystems that cross state or local boundaries and public or private lands — if it wants to succeed in protecting biodiversity and addressing climate change.

So far, the Biden plan doesn’t get there, Tabor said.

In addition, Tabor argued that the Biden administration shouldn’t merely attempt to reanimate the science-based Landscape Conservation Cooperative network, which aimed in part to improve the resilience of ecosystems and species affected by climate change (Climatewire, May 25, 2017).

"Let’s restart it in a way that learns from lessons in the past," he said.

That could include beginning with an interagency program — rather than embedding the office in a single agency like its predecessor — and expanding to include a national network codified by Congress, Tabor said.

"Its mandate is much more inclusive," he said of the vision for a new national structure. "It tries to address the tribal, working lands, industry and conservation community dialogue needs."

More importantly, the new program would be enacted in law rather than "coming and going via the whim of administrations," Tabor added. "They’re not just flash-in-the-pan kind of structures."

While FWS still contributes to about 90 cooperative projects through its Science Applications program — like the state-run California Landscape Conservation Partnership as well as the Fish Habitat Partnership and Migratory Bird Joint Ventures — Tabor said his organization envisions a national framework.

The Nature Conservancy’s Lynn Scarlett, who served as deputy Interior secretary in the George W. Bush administration, likewise urged Congress to establish a new framework in a recent op-ed in The Hill newspaper.

"We must move beyond piecemeal conservation of individual parcels and towards an integrative approach," Scarlett wrote with former FWS head of fisheries Mamie Parker. "We need a durable national conservation framework — one that leverages the strengths of many organizations and communities and brings new voices to conservation. It must advance diversity, equity and inclusion by engaging all those who care about, benefit from and are affected by land and water conservation actions."

While the Trump administration effectively dismantled the Landscape Conservation Cooperative program, some of the 22 partnerships remain largely intact — just operating under new names and without FWS serving in an administrative role.

"It made sense to give them their own identity," explained Aaron Poe, who serves as network program officer at the Alaska Conservation Foundation.

"There wasn’t really anything that was trying to take on the large task of climate adaptation and trying to coordinate all of the players — tribes, agencies, [nongovernmental organizations], state and federal agencies, academic institutions — and trying to get all of those people in the same tent," Poe said.

Poe added that he’d like to see the Biden administration recognize that "coordination takes time and investment," particularly as it pursues its America the Beautiful initiative.

"These entities are trying to adapt to climate change, but there really isn’t anyone’s job to try and coordinate that, to try and make sure that those efforts are adding up together to something greater," Poe said of work by a variety of bodies, like tribal governments or local municipalities. "Our case is that really the only entity that is appropriate to take that on is the federal government."