Reviving the Gulf: ‘It could all go to hell pretty quickly’ 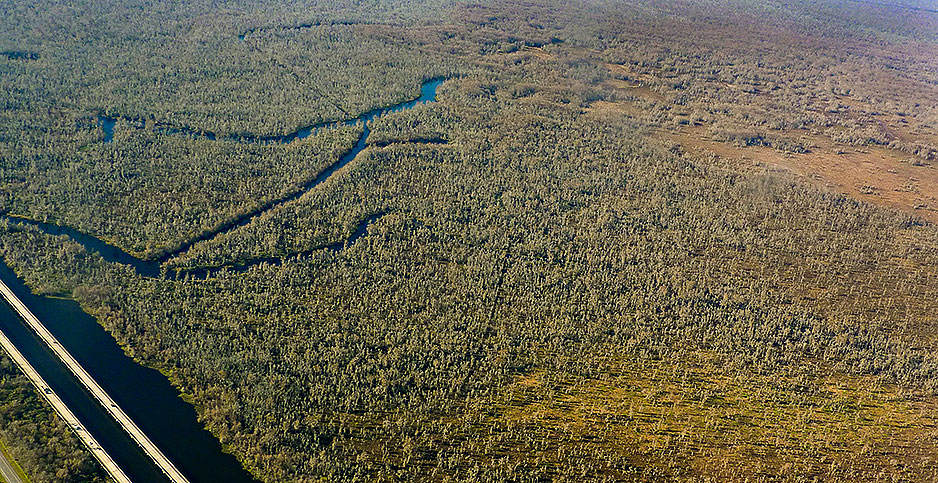 The restoration project is one of hundreds all along the Gulf Coast, after Louisiana and four other coastal states — Alabama, Florida, Mississippi and Texas — joined the U.S. government in suing BP for damage caused by the nation’s biggest environmental disaster.

"We’re doing great things, finally," said David Muth, director of the National Wildlife Federation’s Gulf of Mexico Restoration Program. "But we still have a long ways to go, and it could all go to hell pretty quickly."

Ultimately, Muth said, the environmental gains from the BP settlement money will be "squandered" if the nation doesn’t respond more quickly to climate change.

"There’s still a window of opportunity, but I’m also very cautious because it could all go wrong," he said.

"They’ve taken industry off the hook from having to report their pollution," said John Amos, the president of SkyTruth.

Amos criticized the federal government’s reporting requirements as "grossly flawed" and said they make it impossible for the public to know the overall size of the spills.

"We have this chronic pollution problem and we don’t really have the data or information that we need to have to know how bad that problem is," Amos said. "And if you can’t measure it, you can’t manage it. Some would say if you don’t want to manage it, then you make it impossible to measure."

‘When they drill, they spill’

While the energy company claimed the site had been leaking only 3 to 5 gallons per day, a study by NOAA’s National Centers for Coastal Ocean Science last year calculated an estimated flow rate of up to 4,500 gallons per day. It took 14 years before the leak was contained.

In a report linked to the 10-year anniversary of the BP spill, Oceana said the explosion came after decades of poor safety culture and inadequate government oversight. The organization also said the Trump administration’s plan to expand drilling would only worsen the situation.

‘We can’t let our guard down’

Officials said thousands of NOAA staff members and contractors have worked on the agency’s response, which included 35 damage assessment projects to restore habitat and resources. The agency said its research has also led to improved methods for dispersing oil, better oil spill modeling and advances in remote sensing, which will help scientists to respond faster than they could 10 years ago.

Muth hopes the work won’t be all for naught.

"All of the coastal work that’s being done from the Everglades to the Rio Grande — which is really astonishing in its scale and positive outcomes — is going to be overwhelmed by sea-level rise unless we begin to wean ourselves from this carbon-based economy," he said. "We can’t let our guard down."