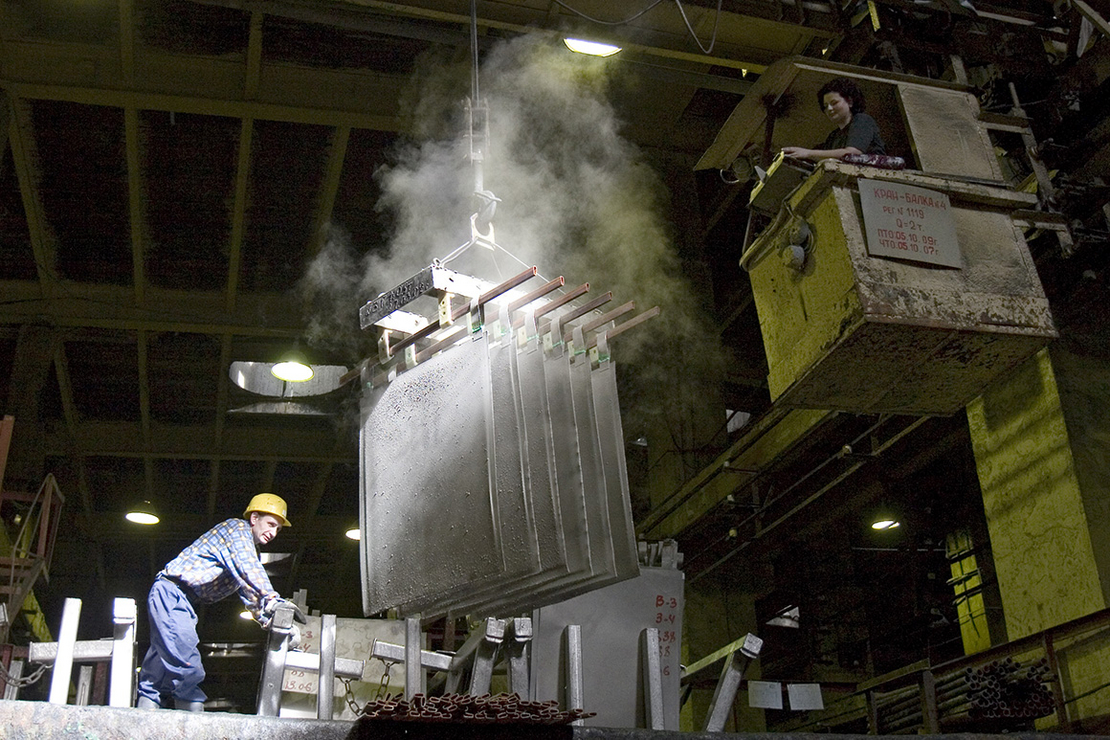 The global conflict over the war in Ukraine is creating a crunch in the supply of metals vital to clean technology, threatening to make U.S. progress on climate action more expensive.

Western governments, like the United States as well as the European Union, have sought to punish Russian President Vladimir Putin’s regime for invading Ukraine by curbing the use of Russian oil, gas and coal and pledging to more forcefully transition away from fossil fuels and toward wide adoption of electric vehicles, as well as wind and solar energy (Greenwire, March 8).

While the move — especially President Biden’s ban on Russian oil and gas imports — was a direct hit to the Russian economy, that country also produces nickel, aluminum and palladium, three metals crucial to the EV supply chain. Now, prices of all three metals are reaching astronomical levels, and the global market for them is shifting in ways analysts say will persist beyond the conflict and make any green energy transition more expensive.

“I think not a lot is going to change in the short term, except that things will get more expensive,” said Eric Hittinger, a public policy professor at the Rochester Institute of Technology.

“I think it might slow it down a little bit. It certainly makes [the energy transition] more complicated,” he said. “Businesses don’t like it when this happens. … It costs money.”

Greg Miller, an analyst with Benchmark Mineral Intelligence, said the price of nickel has become especially chaotic. Early Tuesday, nickel topped $100,000 per metric ton, a record value that crashed trading on the London Metal Exchange. It nearly bankrupted a large Chinese nickel trader, Tsingshan Holding Group, that at the time was betting big on prices going down.

In the immediate term, it is not clear when nickel trading will resume. The LME has targeted tomorrow for a reopening date if operational procedures make it safe to do so and long and short positions can be addressed, Wood Mackenzie wrote in a note to clients. LME is likely to impose a 10 percent daily limit in price movements, the consultancy said.

“Obviously, the LME does not look great in all of this — its primary job as a market of last resort is to provide a benchmark price to the industry that can be trusted — and clearly this has failed,” Wood Mackenzie wrote.

Even though Russia produces nickel primarily for industrial needs, instead of battery manufacturing, analysts say the conflict has forced automakers and battery companies to race for nickel because, like oil, prices are set on a global scale based on the overall availability of the metal.

So, even though U.S. companies weren’t buying nickel from Russia, the higher prices will be felt across the globe. “Ultimately, it will lead to a sustained period of high pricing,” said Miller, the Benchmark analyst.

Months ago, before the conflict began, supply chain issues were already leading to industry reports that battery prices would this year see their first year-over-year increase in more than a decade.

It’s unclear how much more expensive EVs and batteries will become as a result of the conflict, Miller said, because contracting supplies in these industries is built upon averages spanning longer periods of time than mere days.

But the nickel price surge represents a threat for American utilities, which have been increasingly looking to battery storage in recent years to augment wind and solar generation.

Total U.S. battery capacity surpassed 1 gigawatt in 2019. Last year, American power companies added more than 3 GW of battery storage and are on track to install more than 6 GW this year, according to U.S. Energy Information Administration statistics. The boom in battery storage has been driven by a sharp decrease in prices, which plummeted 72 percent between 2015 and 2019, EIA statistics show.

Many developers are now pushing out project timelines or renegotiating contracts with utilities to reflect the higher prices, Manghani said.

“It is putting a damper on the prospect on the energy transition in the short-term,” he said.

It also poses a threat for American automakers, which will soon have to adhere to a stricter fuel efficiency rule set by the Biden administration.

“In the short term, it’s just not good news. [The Ukraine war] will only lead to higher prices,” said Miller.

As EPA sought to strengthen those standards last year, it got a warning: Rising metals prices could pose a risk to consumers if the standards were finalized.

The Alliance for Vehicle Efficiency, a trade group that claims to represent companies that provide materials to the auto sector, urged EPA in a Sept. 27, 2021, letter to conduct a risk analysis as part of its rulemaking that took into account “challenges in the critical materials supply chains needed to achieve compliance” with the rule.

Rising metals prices, the trade group stated, would affect EV production numbers, the price of vehicles, job growth and consumer choice. Considering commodity prices would be “a necessary consideration in determining future achievable standards.” The alliance did not respond to a request for comment.

EPA ultimately declined the trade group’s request. In a response published in conjunction with its final auto standards, the agency acknowledged that “uncertainties” surrounding critical minerals “may affect their future projected costs as demand grows.”

On the other hand, EPA said, the industry “is reacting rapidly to meet anticipated demand.”

Months later, the military conflict overseas has blown to bits any notion U.S. automakers are relatively safe from price hikes for metals in short supply.

In a research note to investors Tuesday, Morgan Stanley analysts called the nickel price spike a “seven-sigma event” with lasting impacts to the EV market. Although the nickel market “is in a meaningful deficit” driven by demand from EV manufacturers, the note stated, “demand destruction” in nickel markets “could accelerate” if higher nickel prices persist.

Amid this conflict, environmentalists and climate advocates in Congress are starting to call for more mining in the United States, to regain some control over the upstream part of the battery supply chain.

Sen. Ron Wyden (D-Ore.) introduced a bill earlier this week that would incentivize mining in the U.S. by offering grants to projects for environmental assessments and remediation after mining is completed. A press release announcing the bill noted the U.S. “imports the majority of its critical minerals used in domestic manufacturing from Russia and China, which are some of the world’s leading producers of critical minerals” (E&E Daily, March 9).

Even some of the most vehement opponents of many mining projects in the U.S., like the Center for Biological Diversity, are relenting.

Jean Su, director of the Center for Biological Diversity’s Energy Justice Program, acknowledged in an interview that the military conflict in Ukraine has revealed solving the climate equation in the U.S. may require new mines at home — and even government subsidies for those projects.

While the center opposes certain mining proposals in the U.S., including the Rhyolite Ridge lithium mine in Nevada, Su said the group believes “policy mechanisms” like “subsidization” should be used to “push down the cost of mining and metals” in order to make the transition away from fossil fuels more affordable. Such a program is currently underway at the Energy Department.

“We actually need to produce the products that can help mitigate the climate crisis,” Su said.

She added that the Biden administration should set “smart policy in terms of subsidizing these efforts, and making sure that they’re done correctly.”

The good news for electric vehicles is that the price of oil is also rising, said Hittinger, the Rochester Institute of Technology professor. That should prompt greater interest in EVs. And, if nickel prices remain high in the long-term, manufacturers will likely scale up investment in alternative battery chemistries that use less nickel.