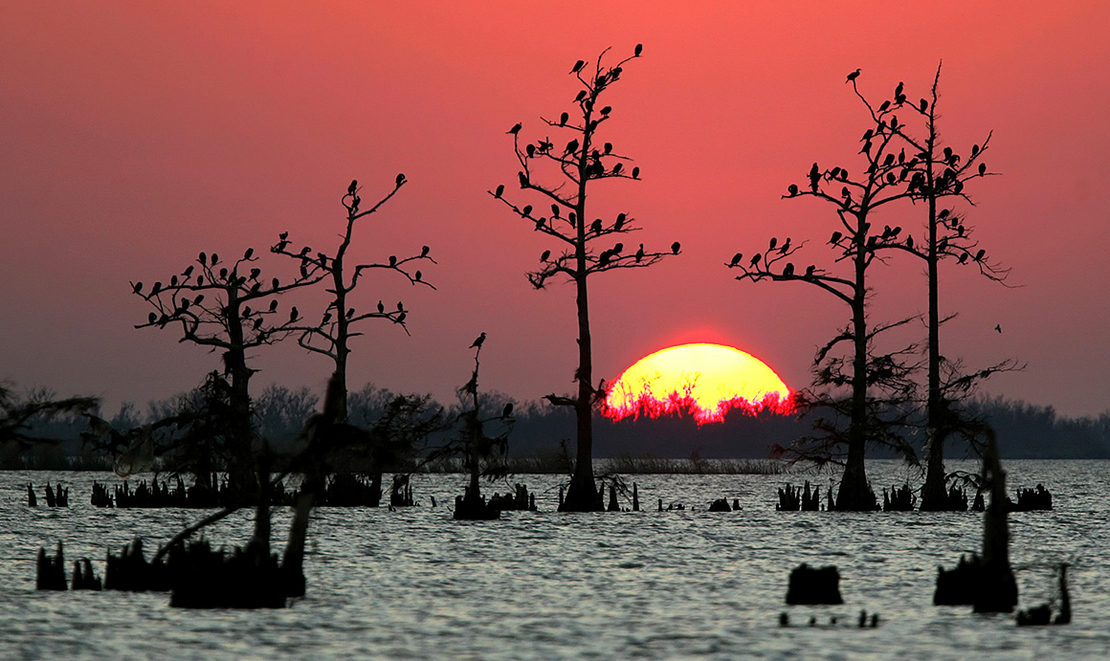 New projections of dramatically accelerated sea-level rise are prompting questions about the scale of the federal response needed to protect entire coastlines and whether the U.S. military’s engineering arm has the appropriate marching orders.

“We haven’t thought at this scale in quite a long time as a nation,” said Martin Doyle, who leads water programs at Duke University. “We’re not talking about an individual seawall or a 50-acre coastal restoration, we’re talking about entire coastlines.”

At issue is a NOAA-led report released earlier this week that finds seas could rise by up to a foot nationally by 2050 — triggering a “profound” increase in coastal flooding even in the absence of stronger storms and extreme rainfall — and potentially by up to 2 feet by 2100, depending on greenhouse gas emissions trajectories (Greenwire, Feb. 15).

Federal officials told reporters earlier this week that the projections, along with updated floodplain maps and climate data analysis, will provide a clearer window into the danger coastal communities face and inform mitigation decisions — from seawalls and storm barriers to “green infrastructure” and upgrading storm and wastewater systems.

But they stopped short of providing a price tag, with Nicole LeBoeuf, assistant administrator for NOAA’s National Ocean Service, warning the cost will be high given the concentration of economic activity in coastal cities and 40 percent of the population living in coastal zones.

“We can only begin to assess with these data how we need to shore up our coastal infrastructure,” she said.

A host of federal agencies, like the Federal Emergency Management Agency and the Department of Housing and Urban Development, have grant programs to help communities reduce risk from climate disasters hastened by sea-level rise, but those have traditionally been based more on disaster response than pre-disaster mitigation. And the increasingly loud argument by environmental groups for coastal retreat has been slow to penetrate agency thinking as a priority response to sea-level rise.

Some say that while the Biden administration has laid out a strategy for tackling the roots of climate change, more direction is needed from the White House and Congress on how to respond to or mitigate the impacts already occurring.

Without a vision that matches the scale of the challenge, Doyle said agencies like the Army Corps of Engineers, the government’s largest engineering and civil works agency, could be left in limbo.

The corps comprises 37,000 civilians and soldiers focused on maintaining navigable waterway channels, mitigating floods and overseeing some of the largest coastal restoration efforts on the planet, including the Everglades restoration and elements of Louisiana’s Coastal Protection and Restoration Plan. Each year, the White House and Congress hash out which corps projects move forward and how to fund them. The White House recently announced it would spend $14 billion to advance corps projects, money largely stemming from the infrastructure package (Greenwire, Jan. 19).

When asked about leadership, NOAA and the corps noted that various agencies address sea-level rise differently based on their authorities and mandates. Furthermore, a spokesperson for the corps said the agency does not address climate change as the “primary authorized purpose of projects,” but noted that all projects are required to consider observed and future climate change in planning and design as they pursue congressionally authorized purposes.

Even so, Lowry Crook, a former Army Corps official under the Obama administration, said that while climate change and sea-level rise have been part of the agency’s mission since the late 1980s, Congress and past administrations still haven’t caught up with the scale of the threat of climate change when making investment decisions for flood control measures.

“I still don’t see a conversation that truly reflects the scale of the investment that’s going to be needed,” he said.

What’s ultimately needed, Crook said, is a “fundamental conversation” about how much the federal government is going to invest in helping communities deal with sea-level rise, as well as communities along rivers and streams that are flood-prone and dealing with worsening storms from climate change and inland flooding.

“Are we going to invest the dollars upfront or are we going to let these communities get overwhelmed, literally?” Crook asked. “We’ve tended to follow the approach of limited investment before the storm and then large investment after the storm.”

He noted that the corps has looked at the need for projects on a regional scale after major storms, including an analysis of the northeastern coast after Superstorm Sandy, looking at the region as a system and recommended individual-scale projects. The agency did similar work along the Louisiana coast and the Texas coast, but Congress generally prefers to direct dollars to individual projects and not to national or regional planning, he said.

Many agencies are focused on cost-share partnerships that elevate decisionmaking in vulnerable communities. NOAA in a statement said the agency is focused on regional to local level changes from sea-level rise and finding ways to manage risk through scenarios, including helping communities decide where and how to place buildings.

Crook said that while the White House has established an office to deal with climate change, as well as appointing a “climate czar,” the resilience mission is still split among various agencies and parts of the White House.

Doyle agreed that leadership and an overall vision that matches the scale of the problem is needed, especially for the corps.

“The agency can do anything if given the authorization and appropriations to do it,” he said. “What they aren’t designed to do and what engineers aren’t designed to do is implement a concept. At some point the concept of ‘adapt to sea-level rise’ has to be broken down into very specific projects, and then they go do that.”

There are signs of direction coming from Congress.

A sprawling water infrastructure bill taking shape on Capitol Hill could provide the first look at the scale of projects lawmakers want to see funded to address sea-level rise.

Bipartisan lawmakers in both chambers from coastal states, including Senate Environment and Public Works Chair Tom Carper (D-Del.), floated a bill last week that would elevate coastal restoration as a primary mission of the corps and promote nature-based coastal resilience projects.

They are hoping to incorporate their legislation into the Water Resources Development Act, legislation that has a strong track record of shoring up bipartisan support before making its way to the president’s desk (E&E Daily, Dec. 14, 2021).

The “Shoreline Health Oversight, Restoration, Resilience and Enhancement (SHORRE) Act” would direct the corps to focus on climate mitigation projects and provide financial flexibility to focus on underserved communities (E&E Daily, Feb. 10). The bills would also call on the corps to prioritize specific projects, including restoring the Chattahoochee River and fast-tracking the replacement of the so-called Mississippi River mat sinking unit, which involves laying massive slabs of concrete squares on the river bottom to help prevent erosion.

The legislation also targets millions of dollars toward analyzing and forecasting water levels on the Great Lakes, bolstering coastlines in states like Delaware, and lowering the local cost share of nonstructural, natural, and nature-based solutions.

Carper in a statement said there’s a need to address both the causes and impacts of climate change and that his home state is seeing daily effects as seas rise. The bill, Carper said, is “one piece of the puzzle” that gives the corps “new authority so the government can better respond to the magnitude of this challenge.”

Crook said the bill is a “start of the conversation” among lawmakers impacted by climate change, but the corps could still use more authority. And difficult decisions around coastal retreat — and which agency is in charge — will also need to take place, he said.

“The first thing it’s going to take is clear direction that this is a national priority and we’re not just leaving communities on their own,” he said. “In some places it’s going to be a hard conversation, but retreat is going to be a response, as well.”