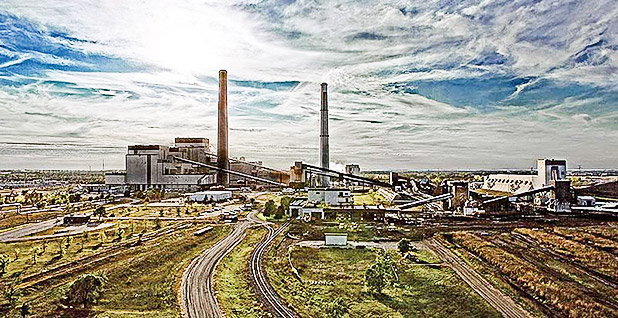 There are multiple pathways to slash power-sector carbon emissions in the nation’s midsection, with a couple of key factors, especially natural gas prices and policy, expected to dictate the cheapest route, according to a new study.

The study, a "road map" for decarbonization of the region by 2050, was overseen by power plant owners and environmental groups that joined the Midcontinent Power Sector Collaborative, an ad hoc group convened by the nonprofit Great Plains Institute.

While national and international studies have examined how decarbonization of the power sector can be achieved, the Midcontinent Power Sector Collaborative report released yesterday afternoon is the first analysis of a specific U.S. region, Franz Litz, a Great Plains Institute consultant, said in an interview.

The Great Plains Institute is hosting a daylong event today in Milwaukee to discuss the findings. The meeting will include a keynote address from consultant Judi Greenwald, former adviser to the secretary of Energy, and Cathy Woollums, a senior vice president for Berkshire Hathaway Energy.

The release of the study comes as the Clean Power Plan, the Obama administration’s landmark climate regulation, remains mired in legal and political limbo. The uncertainty leaves power plant owners and states with a leading role in determining what generating fleets look like in the coming years.

State utility commissions, their staffs and utility planners are the target audience for the road map as they’re increasingly being asked to help approve or shape planning decisions that will guide long-lived investments. That’s especially true in MISO, most of which consists of vertically integrated states.

The generating fleet in MISO has been moving away from coal and toward more gas and renewables in recent years. Still, the transition away from coal hasn’t been as swift as some other regions. Coal still supplied almost half the electricity produced in the grid operator’s footprint in 2016.

The study said deep carbon reductions in the MISO region are achievable with existing technology and using "reasonable assumptions" about technological progress. The study looked only at generation resources and not deeper energy efficiency and distributed energy resources, which will be studied in subsequent phases.

Collaborative members defined decarbonization as an 80 to 95 percent reduction in 2005 power-sector carbon emissions by 2050.

But reaching the goal will require action by large utilities with operations in MISO. Many of them, including Xcel, DTE, Consumers Energy and Ameren Corp., are already laying out broad goals to reduce CO2 emissions by at least 80 percent by midcentury.

The goal of the road map was to determine how to meet those goals at the lowest cost under different scenarios, said Litz, who led development of the Regional Greenhouse Gas Initiative for the state of New York.

Pathways to the decarbonization goal under either scenario varied depending on key variables, such as renewable energy costs; and consumer and investor demands; aging infrastructure; and market changes, such as electric vehicle penetration and building electrification.

But there’s perhaps no more important variable than natural gas prices in terms of dictating what the region’s generating fleet looks like decades into the future.

"We found that [different gas price scenarios] created very different futures," Litz said. "In the model, we have a gas-dominated future where gas prices are low." If gas prices are higher, "we still see gas increasing, but not by as much."

"If we have gas prices as low as a lot of people are projecting, our analysis suggested most of the nuclear plants in the region don’t survive to 2030," Litz said.

In modeling that assumed carbon emissions limits, however, the plants continued to operate. "The model keeps [nuclear plants] around because it’s part of the lowest-cost mix," he said. "If there were better options, it wouldn’t keep them around."

Wind and solar energy, too, will continue to play a bigger role in the coming decades, defined in part by natural gas prices and carbon policy.

"We’re far from any sort of technical issue with renewables," said Litz.

"We could add a lot of renewables to the system before we start to have an issue. But when you start talking about 95 percent [decarbonization] by 2050, you’ve got to really take the dispatchability seriously."

Natural gas plants with technology to capture carbon dioxide emissions and store the CO2 underground or use it for enhanced oil recovery may also have a role in the region beyond 2030, especially if deeper CO2 cuts are pursued.

The economics of carbon capture and sequestration were based on NRG Energy Inc.’s Petra Nova project in Texas, a coal plant retrofitted with carbon capture technology. Emissions from the plant are pumped for enhanced oil recovery.

The role for CCS grows the deeper the emissions reductions, he said.

"A plant that has CCS still has emissions, and if you get out to 2050 and you’re still using a gas plant, you’re eating up a very small budget that you have for emissions."