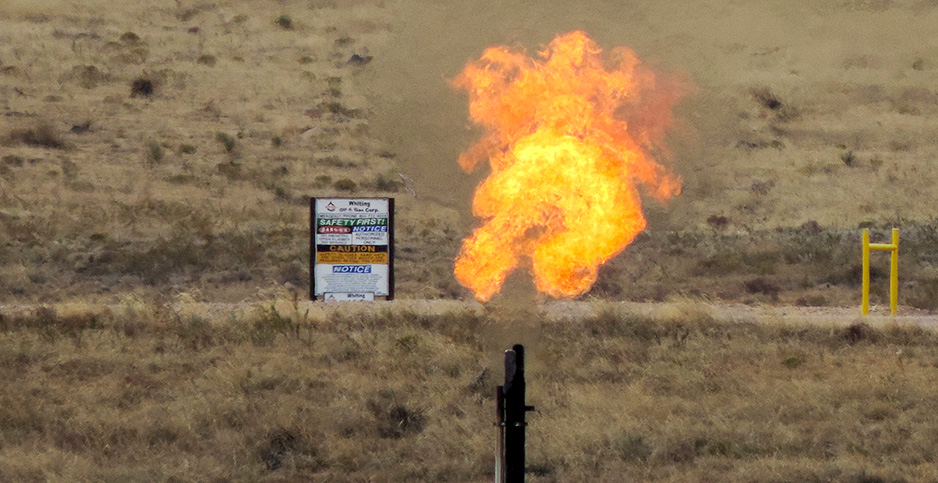 A federal judge last night found that the Bureau of Land Management under the Obama administration overstepped its authority with its efforts to regulate emissions of methane, a potent greenhouse gas, from oil and gas operations on federal and Indian lands.

The decision from the U.S. District Court for the District of Wyoming comes less than three months after a separate bench struck down the Trump administration’s attempt to repeal the Obama-era methane rule, which sought to curb natural gas wasted through practices such as venting and flaring (Energywire, July 24).

Chief Judge Scott Skavdahl found yesterday that the agency under Obama’s tenure did not adequately explain the rule’s capture requirements and "acted arbitrarily and capriciously in failing to fully assess the impacts of the Rule on marginal wells."

BLM’s "unexplained and unsupported change in its long-standing policy regarding application of its regulations on State and private mineral interests further renders the Rule arbitrary and capricious," wrote the judge, who was appointed during the Obama administration.

With the 2016 rule wiped from the books, the agency will have to treat methane waste from oil and gas production as it did prior to the Obama regulation. Methane is the chief component of natural gas.

"The Clean Air Act gives that authority to EPA and the states," WEA President Kathleen Sgamma said in a statement yesterday. "Hopefully, we can quit playing boomerang between the two courts and get back to sensible regulation within BLM’s purview."

Peter Zalzal, lead attorney for the Environmental Defense Fund, said in a statement that tossing the Obama-era rule will hurt tribal and Western communities because of the lower revenue streams that will result from increased levels of wasted gas.

"This ruling is deeply troubling in light of the Department of the Interior’s clear responsibility to prevent the waste of public resources in a manner that safeguards public interests," Zalzal said yesterday.

Even as he scrapped the Obama-era methane rule, Skavdahl lamented the regulatory tug of war.

"Certainly this Court has and will continue to apply the law in determining the legal appropriateness of agency actions challenged before it, but the roller coaster is better kept in an amusement park," he wrote.