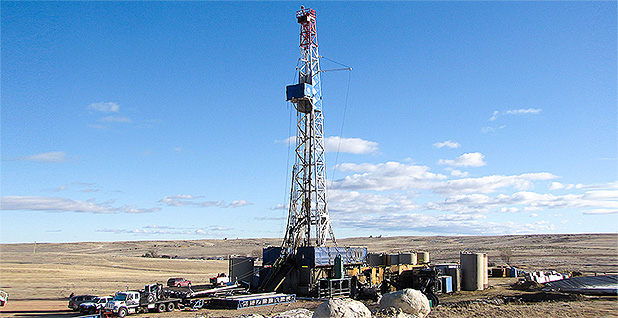 Interior Secretary Ryan Zinke’s royalty advisers this week took steps to incorporate outside voices in their process to advance a new natural gas valuation rulemaking and other public lands policies.

Groups that have been relegated to the sidelines of the Royalty Policy Committee’s meetings are still pushing for a more meaningful seat at the table.

"We certainly believe that not only is the value of energy important, but the revenue is very, very important to America, as well," Bureau of Safety and Environmental Enforcement Director and acting committee Chairman Scott Angelle said at the start of yesterday’s meeting in Lakewood, Colo.

The Western Organization of Resource Councils (WORC) contends that by listening mostly to input from industry interests, the government may ultimately leave taxpayer dollars on the table. In a lawsuit filed last month in federal district court in Missoula, Mont., WORC called on the Interior Department to comport with the Federal Advisory Committee Act by diversifying its royalty committee membership and welcoming the public in its subcommittee meetings (Energywire, Aug. 8).

The committee announced yesterday that it would soon put out a call for nominations to fill a handful of vacancies.

At least two of the panel’s three subcommittees opened their doors to outside participation in the lead-up to the Colorado meeting, but individuals who were invited to attend said their involvement was limited to presenting information.

"I wasn’t privy to what they ended up deciding or what they discussed," said Taxpayers for Common Sense President Ryan Alexander, who met with the Fair Return & Value Subcommittee.

The panel yesterday adopted a recommendation to initiate a rulemaking on index pricing for federal resources.

Under former President Obama, Interior’s Office of Natural Resources Revenue issued a regulation that attempted to address that exact issue. The royalty reform rule was repealed in the early days of the Trump administration (Greenwire, Aug. 4, 2017).

ONRR noted at the time that Zinke had recently revived the Royalty Policy Committee to determine fair return on federal coal, oil and natural gas.

"This committee has addressed valuation in its recommendations at this meeting and at its past meetings, but in a way that would favor industry at the expense of taxpayers," Alexander wrote in formal comments to the committee last week.

But no one from the committee asked his opinion, he said.

"I have not been involved in any deliberations or decisionmaking of any working group or subcommittee of the [Royalty Policy Committee], nor do I anticipate being asked to do so," Bucks said.

The committee tabled a proposal to develop a pilot program for streamlining oil and gas permitting.

"I would emphasize it’s a pilot project," she said at the start of her presentation.

Her fellow committee members pushed for more clarity on whether the program would be established through legislation or a rulemaking. One member asked for more time to review existing legislation that Sgamma cited in her presentation.

One of those bills, H.R. 6088, the "Streamlining Permitting Efficiencies in Energy Development Act," introduced by Utah Republican Rep. John Curtis, would allow drillers to submit NPDs in certain cases, such as for wells in an area that has already been analyzed under the National Environmental Policy Act.

During the public comment period, attendees urged the committee to consider that industry delays account for about half of the time spent on the APD process.

Under a processing system first implemented under Obama, BLM took an average of 121 days to complete an APD in 2017, down from 257 days in 2016. On average, the agency spent 71 days working with operators last year and 118 days the year before.

The Trump administration has sought to slash BLM’s APD pileup. Bureau staffers tend to describe the number of backlogged APDs as an ever-present "pending" category.

The Tribal Energy Subcommittee did not advance any recommendations yesterday, but members of the panel mapped out priorities for 2019.

Among the items on their to-do list is addressing dual taxation, which allows states to layer their own taxes on tribal resources.

"That makes Indian lands less competitive in the market," said Navajo Nation President Russell Begaye, who serves on the panel.

Subcommittee members said they will work with the Interior Office of the Solicitor to advance tribal energy resource agreements, or TERAs, a process defined under the Energy Policy Act of 2005.

Tribal officials have said regulatory complexity and uncertainty have barred them from implementing TERAs, which allow tribes to lease their lands without Interior review.

In the Trump administration’s quest to develop fossil fuels, "tribal lands have got to be part of the answer," said Bidtah Becker, executive director of the Navajo Nation Division of Natural Resources and a member of the royalty committee.

The Tribal Energy Subcommittee plans to offer formal recommendations during the royalty panel’s next meeting, which is scheduled to take place in Phoenix in January.