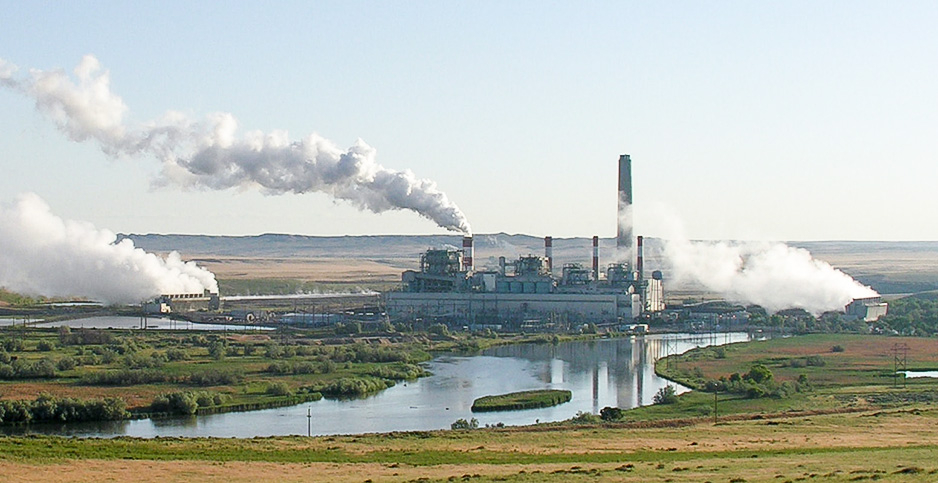 The proposed rule, unveiled yesterday as a replacement to the Clean Power Plan (CPP), would set guidelines for states to curb emissions through efficiency improvements at power plants (Greenwire, Aug. 21).

The ACE rule also would change a legacy EPA New Source Review permitting program, giving states the option to let power companies adopt a new benchmark to decide whether a pre-construction permit is needed for a power plant upgrade or expansion (Greenwire, Aug. 21).

Right now, utilities have to forecast how those changes would affect overall annual air emissions. The draft ACE rule would use a method tied to whether a project would lead to a higher hourly emissions rate.

That could allow some threatened coal-fired units to operate to the end of their useful economic lives.

"Certain coal plants are economic on a fuel/[operation and maintenance] basis. But they face a reinvest-or-close decision," Travis Kavulla, a member of the Montana Public Service Commission, said in a tweet.

"If reinvestment is unencumbered by New Source review and you have the prospect of running the plant for 10 years (as opposed to, say, 5) then today’s EPA decision is non-trivial," he wrote yesterday.

Sue Kelly, president and CEO of the American Public Power Association, which represents municipal utilities, said that "the new plan respects the legal limits of the Clean Air Act while comporting with prior Supreme Court precedents on CO2, and gives states needed flexibility when it comes to setting performance standards for electric generating units."

It "adheres to EPA’s historic approach to using the Clean Air Act" and gives "electric co-ops the certainty and flexibility they need," he said.

The CPP would have led to early power plant closures, Matheson said, and "would have resulted in stranded assets and stranded debt, significantly increasing electricity costs for many consumers."

But the lobby for investor-owned utilities, the Edison Electric Institute, had a different take.

"We are proud that our industry has made tremendous progress to transition to a cleaner generating fleet, reducing greenhouse gas emissions 27 percent below 2005 levels as of the end of 2017," said spokesman Brian Reil.

"At this time, we are still reviewing and analyzing the details of EPA’s proposed rule to replace the Clean Power Plan and look forward to working with EPA, states and other stakeholders throughout this rulemaking process," he said.

One EEI member, Michigan’s DTE Energy Co., said that "while it’s not immediately known what impacts the administration’s plans will have on the energy industry overall now and long term, DTE will continue to drive to reduce our carbon emissions by 45 percent by 2030 and by more than 80 percent by 2050."

"This initiative is driven by our aging coal plants, the affordability and availability of low-emission natural gas in the U.S., the declines in the cost of renewable energy and other environmental regulations already in effect," the company said.

Vistra Energy Corp., a power producer and retailer based in Texas, indicated it was still reviewing the proposed rule and didn’t have a final view to share yesterday. But Meranda Cohn, a company spokeswoman, said in a statement that Vistra is "looking for a more lawful and sound approach to regulating carbon dioxide emissions than what we saw in the previous administration’s Clean Power Plan."

"We will be submitting detailed comments on the proposed replacement rule in the coming weeks," Cohn said. "We look forward to working with the EPA, the states where we operate, and other stakeholders in developing a final rule that is consistent with the Clean Air Act, respects the role of the states in this area, and ensures we can continue to provide reliable and affordable power to those we serve."

Vistra has generation facilities in multiple parts of the country. The company made headlines last year when it announced that coal-fired generation at three plant sites in Texas would be going off the grid in the early part of 2018.

NRG Energy Inc., a U.S. power producer and retailer, said it was still looking at the new rule and didn’t have a comment yesterday. But the company said it’s still committed to its goals of reducing carbon dioxide emissions 50 percent by 2030 and 90 percent by 2050 from a 2014 baseline.

For some states, more freedom

While a number of state regulators weren’t ready to comment on the new EPA proposal yesterday, Sen. John Cornyn (R-Texas) issued a statement that seemed to speak for many red state critics.

"I’m glad to see President Trump remains committed to eliminating job-killing Obama regulations that for years were a wet blanket on the Texas economy," Cornyn said. "By rolling back this rule, Texas and other states will now have the freedom to determine a clean energy plan that works best for them."

ACE is welcome news to the Southeast for the same reason. But the once coal-heavy region is in the middle of a transition to natural gas and other cleaner options, a move led by the dominant electric companies.

Market forces are largely behind that shift, which puts the region at an advantage now when it comes to the ACE rule: States remain in charge, and the ones that still have coal-fired plants likely can run them a little longer than expected.

"We support the administration’s outreach to the states," said Ken Nemeth, executive director of the Southern States Energy Board, a membership-based organization of 16 states and two territories.

States know better how to develop regulatory and policy issues that are tailor-made to their own energy resources and technologies available, Nemeth said. That works better than a "one size fits all" scenario, he said.

ACE would still require states to develop their own plans, something that likely would require state utility regulators, air regulators, utilities and others to work together. That’s rarely happened in the past.

Rewriting the CPP "to focus on building block No. 1, the thermal efficiency of power plants," was predictable, said James Lucier, managing director at Capital Alpha.

However, he said, "the move away from coal-fired generation is driven by fundamental economics and not a regulatory mandate. ACE will not stop the vast majority of planned coal retirements. State policies, on the whole, in addition to economics, will continue to drive the transition to renewable and zero-emission energy sources."

ACE "is going to make a difference in the farm states, the Midwest, the Rocky Mountain states — essentially those areas where you have co-ops and [municipal] power providers" that are "still pretty coal-reliant," Lucier said.

He said the New Source Review changes are an "interesting wrinkle" that "might make it marginally more attractive to upgrade some existing power plants" and keep some operating longer than anticipated.