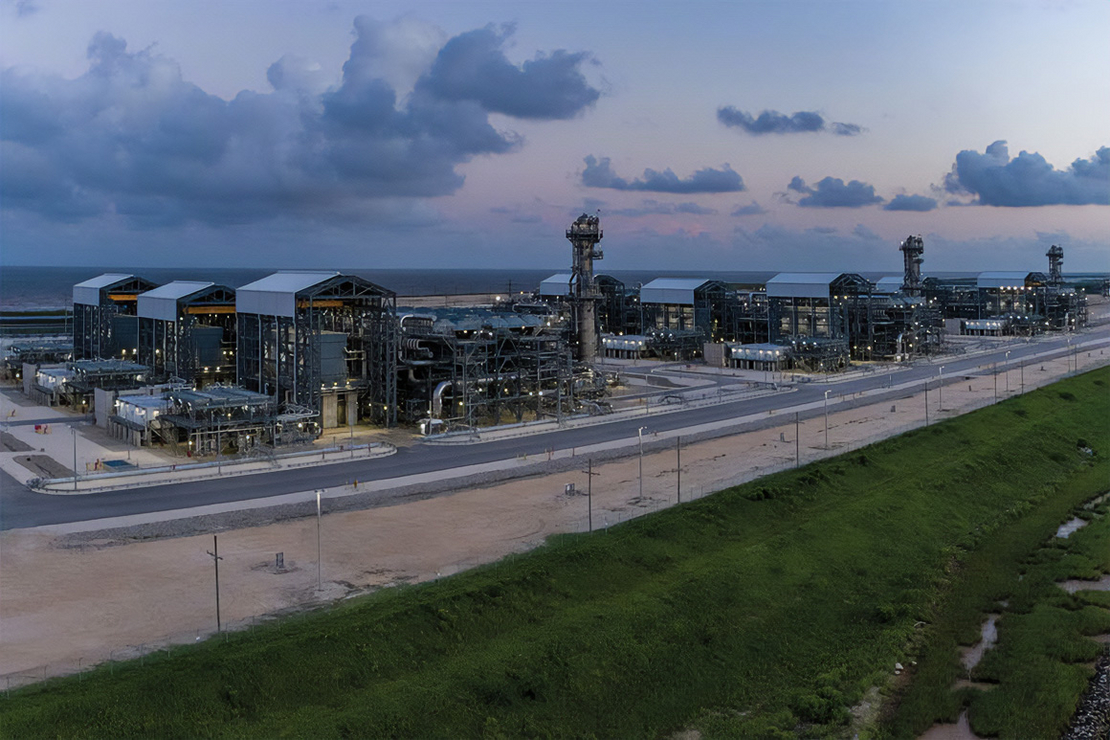 The tragedy of Russia’s invasion of Ukraine presents a business opportunity for the U.S. natural gas industry if Europe turns sharply away from Russian gas.

Prior to the war, Europe got more than a third of its gas from Russia. If Europeans wean themselves from that, American gas producers and exporters of liquefied natural gas say they can help fill the gap in the years ahead.

The issue is at the forefront after the European Commission unveiled proposals yesterday to reduce its dependence on Russian energy, including increasing LNG imports from countries other than Russia and increasing use of renewable energy. President Biden’s ban on U.S. imports of Russian oil also includes gas imports from the country, although the U.S. doesn’t currently import any Russian gas.

In a joint letter to Biden last month, AXPC and other industry groups including LNG Allies compared supplying more gas to some of the biggest U.S. foreign policy successes of the postwar era — the Berlin Airlift and the Marshall Plan.

But the LNG developers don’t need much help from the Biden administration to boost exports in the next few years. With 14 LNG projects federally approved but not yet built, the U.S. industry could roughly double its exports without need for major regulatory approval.

While they don’t need approval from the Federal Energy Regulatory Commission or Department of Energy, the projects do need support from investors. Those 14 projects are awaiting a “final investment decision” from the companies developing them.

By extension that means the fate of U.S. gas exports largely hinges on utilities and other gas providers in Europe — if they won’t commit to long-term agreements to buy the fuel, the terminals won’t get built in the United States.

“That’s got to happen to get Europe the gas it’s going to need,” said Charlie Riedl, executive director of the Center for Liquefied Natural Gas (CLNG), which represents major LNG companies.

Germany, which until the invasion had been planning on importing more gas from Russia, has signaled an increased interest in importing gas by sea. German Chancellor Olaf Scholz announced plans on Feb. 27 to quickly build two import terminals to reduce its dependence on Russia.

According to Rystad Energy, Germany has set aside $1.7 billion to buy LNG from countries other than Russia. It hasn’t said where all the LNG will come from.

In the short term, the United States can’t send much more gas to Europe. Its imports nearly doubled from November to January, and U.S. terminals are shipping just about all the gas they have. According to CLNG, Europe in February received almost 70 percent of all LNG exported from the United States.

Cheniere Energy Inc. is seeking approval from the Department of Energy to ship to non-free-trade-agreement countries from newly opened production lines at its terminals in Louisiana and Texas, which could boost imports in the coming months by about 4 percent. Cheniere did not respond yesterday to a question about whether any of that gas would be destined for Europe.

Europe had been set to get more gas through the Nord Stream 2 pipeline, but Germany shelved the project after Russia invaded. Still, Russia sends 10 billion cubic feet (Bcf) a day to Europe through pipelines, Williams said, about half of that through Nord Stream 1.

A senior Russian official threatened this week in a televised address to cut gas supplies to Europe via Nord Stream 1 in the wake of sanctions related to Ukraine.

In the long term, many expect European countries to make a harder turn away from Russian energy because of the invasion.

To ship natural gas overseas, it must first be piped to giant facilities where it is cooled to below minus 260 degrees Fahrenheit, turning it to a liquid. Then it’s loaded onto specialty cargo ships.

There are eight such terminals operating in the United States right now. All but two of the 14 unbuilt projects with federal permits are on the Gulf Coast. Another six projects are on the drawing board, proposed to FERC or in an early stage called pre-filing.

But it’s not clear that all the approved projects will be built, and the gas industry is pressing Biden for faster approvals of newer proposals, along with other pro-fossil-fuel policies.

For Biden the optics of enacting such policies would conflict with his clean energy agenda and anger supporters who want a sharp turn away from oil, gas and coal (Energywire, July 8, 2021).

The U.S. began exporting gas in 2016 and is on track to be the largest exporter in the world in 2022, according to the U.S. Energy Information Administration.

But it’s not an easy or predictable business. And concerns about climate change are putting new pressure on the industry.

The Rio Grande project ran into trouble after a $7 billion deal to export its gas for a French company fell apart because of concerns that U.S. shale gas isn’t environmentally friendly (Energywire, Nov. 4, 2020).

Gabriel Collins, a fellow at Rice University’s Baker Institute for Public Policy, said Europeans have at times viewed American gas as too “dirty” because of the environmental record of the drilling process some call “fracking” in the United States.

“These days I have a feeling that’s going to be a different conversation,” Collins said.

Europe also has options besides gas shipped from the United States.

There are other pipelines that could be utilized from Western Europe. Denmark just greenlighted a pipeline from the North Sea to Poland after suspending the project last year, and Qatar, one of the world’s biggest LNG producers, plans to open an expansion project in 2025.

And climate-conscious Europe will look hard at scaling up renewables. IEEFA’s Williams-Derry said barriers are being knocked down for climate-friendly projects. Renewables, he said, can often be brought online more quickly than LNG export terminals, which can take three years or more to build.

“You may wind up with things moving along in parallel,” he said.

European Union officials have already ramped up their plans to stop relying so much on Russian energy. On Thursday, E.U. leaders are to meet near Paris for an energy summit. According to a draft of the summit declaration, the Associated Press reported, they will work on ways to “phase out our dependency on Russian gas, oil and coal imports.”

Yesterday, the European Commission said it can reduce the E.U.’s need for Russian gas by two-thirds before the end of the year with measures including speeding up renewable energy development and diversifying natural gas supplies.

Europe could still resist weaning off some Russian gas, experts say. It’s nearly always cheaper to deliver gas by pipeline than by ship, and some may hope the crisis blows over.

In the United States, consumers from manufacturers to residential ratepayers have already been worried that the increased exports are crimping supply and driving up prices domestically. They fear that new calls for increased exports will put more upward pressure on prices.

“This will likely spur more export capacity to get built, which will increase demand on an uncertain supply, and uncertain pipeline capacity,” said Paul Cicio, president and CEO of the Industrial Energy Consumers of America.

But exporters say such concerns are overblown.

Though LNG developers have federal permits in hand, Riedl and other industry leaders remain worried about the Biden administration’s perceived hostility to oil and gas. LNG companies say a new climate policy guided by FERC Chair Richard Glick, a Biden appointee, could make it difficult to build pipelines to the terminals.

Last month, FERC issued broad new guidance that overhauled how pipelines and other energy infrastructure should be approved, including through a new climate test for major projects.

“These could lead to significant delays in pipeline infrastructure,” Riedl said. FERC officials have defended the policy changes as required by law but expressed willingness to make changes (Energywire, March 4).

The joint letter from industry groups to Biden last month that compared exports to the Berlin Airlift pointed to the FERC pipeline policy and the administration’s pause on permits to drill on public land as discouraging to new oil and gas development.

“Just the perception that production will be constrained often leads to higher prices,” the groups wrote in the letter.