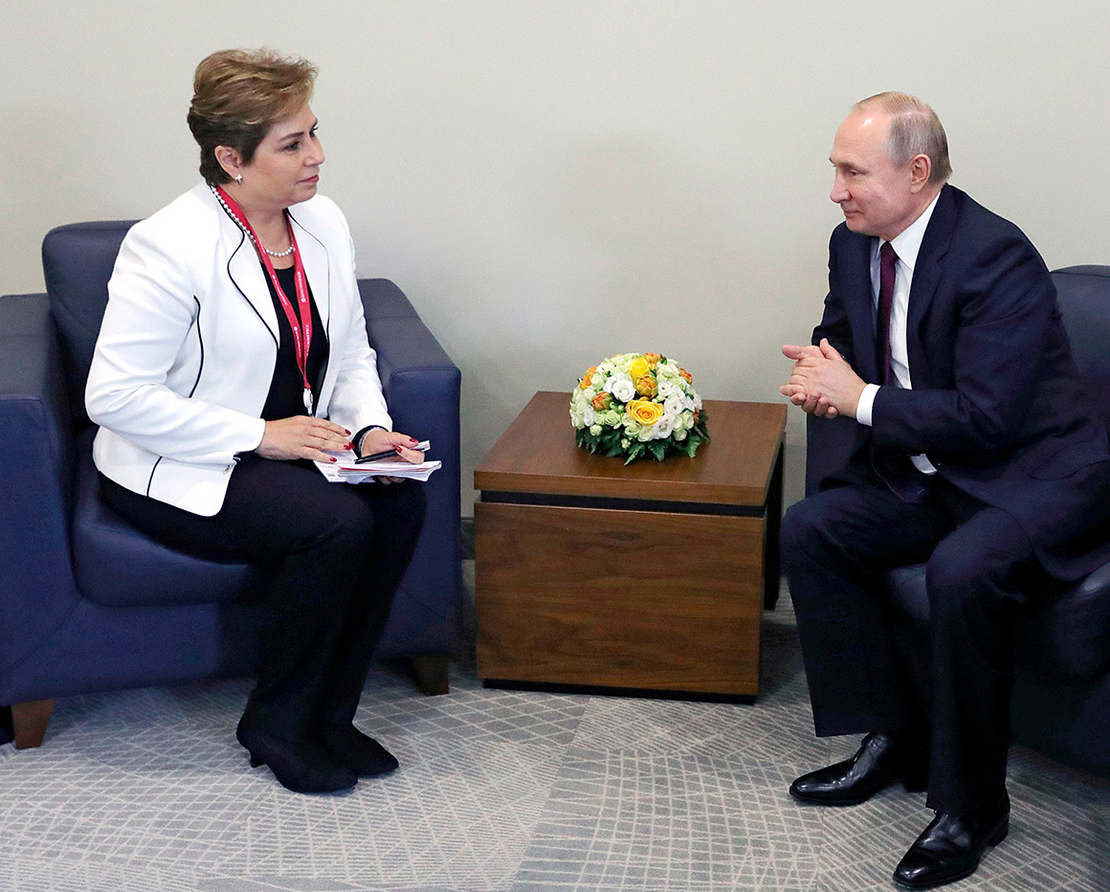 For more than half a decade, Russia has used an obscure corner of U.N. climate negotiations to assert its claim to Crimea. And in the process, Russia has helped shield the Trump administration from criticism over its failure to meet treaty obligations.

At issue is a little-known section of the U.N. climate body’s business that predates the Paris Agreement. The provision calls on developed countries to regularly submit inventories and other information about their contributions to climate change and efforts to contain it.

Russia began including emissions and land use data from Crimea in its inventories in 2016, two years after it annexed the Ukrainian peninsula to widespread global condemnation.

The region is still internationally recognized as belonging to Ukraine, and — in a sign that its ownership remains contested — Ukraine also counts data from Crimea in its submissions to the U.N. Framework Convention on Climate Change (UNFCCC).

The dispute has led to broader consequences.

A working group of the UNFCCC, which predates Paris, is asked to synthesize national submissions to provide a comprehensive accounting of global emissions and sinks. Its work plan is negotiated at midyear meetings and during the first week of year-end climate summits every year.

But Ukrainian and Russian negotiators have held up that process since at least 2017 and prevented the body from agreeing on conclusions.

Ukraine has insisted that the UNFCCC not post Russia’s inventories and submissions while they contain information related to Crimea. And Ukrainian officials have urged that the working group’s conclusions should reference three U.N. resolutions that affirm the territorial integrity of Ukraine and human rights on the peninsula.

In a 2017 submission on its emissions through 2015, Ukraine called Russia’s occupation of Crimea “illegal” and “temporary.” It complained that Russia’s “further military invasion” in the regions of Donetsk and Luhansk meant that fully 7 percent of Ukraine’s territory was inaccessible to its government, and thus couldn’t be reliably inventoried for emissions.

Since 2016, footnotes have been added next to submissions from Russia with references to Crimea.

For its part, Russia has defended its inclusion of Crimea. It shot back in a statement on its own emissions inventory arguing that Crimea and Sevastopol had voted to join Russia in a 2014 referendum, and thus were properly part of Russia.

“The Russian Federation clearly states that the declaration of independence of the Autonomous Republic of Crimea and Crimea’s integration into the Russian Federation ensures implementation of one of the fundamental U.N. principles — the principle of equal rights and self-determination by peoples,” it argued.

It also blasted Ukraine for its statements about Russian interference in Donetsk and Luhansk, maintaining that it was not “a party in the Ukrainian internal conflict” in those regions.

“The allegations contained in the abovementioned report by Ukraine are absolutely incorrect and unacceptable,” declares Russia in its statement.

Russia last month openly sent troops into the breakaway regions of Donetsk and Luhansk before invading the rest of Ukraine.

The standoff between Russia and Ukraine has meant that negotiations over the reporting have been punted from meeting to meeting since at least May 2017.

During the Trump administration, it also meant that China and other countries that are critical of the United States for its failure to submit so-called biennial reports and national communications to the UNFCCC lost out on an opportunity to weave their criticism into an official statement.

Their protests over U.S. reporting lapses were reflected instead in chair summaries of the meetings, in which China and other countries “expressed concern” that unnamed developed countries had failed to meet their obligations.

But despite continued membership in the overarching U.N. climate treaty, the State Department under Trump missed deadlines to submit three reports to the UNFCCC as mandated under that treaty.

It did provide EPA’s annual national inventory of greenhouse gases.

While the Russia-Ukraine standoff provided the Trump administration with some cover, U.S. climate negotiators still backed Ukraine’s demand that Russian emissions reports be scrubbed of data from Crimea.

”We will continue to oppose Russian actions in international fora that are designed to assert or to attempt to normalize its illegitimate policy,” a member of the U.S. negotiating team said during 2018 talks in Bonn, Germany, according to U.K.-based Climate Home News.

Crimea isn’t the only disputed territory to find its way into dueling greenhouse gas inventories. Both the United Kingdom and Argentina have claimed emissions from Falkland Islands sheep farmers.