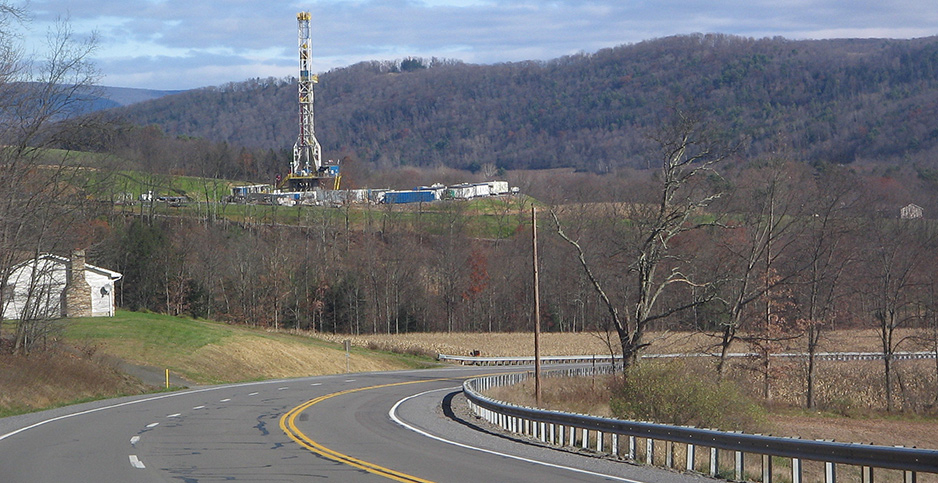 Pennsylvania’s natural gas industry is pushing EPA and state environmental regulators to allow companies to treat and dispose of more wastewater in rivers and streams.

The move is similar to a push in the Southwest’s oil-producing states, where environmental regulators are asking EPA to give them delegated authority over permitting for oil and gas waste disposal (Energywire, Nov. 13).

But Pennsylvania’s drilling industry has tried disposing of oil and gas waste in its surface water before, and state regulators largely closed down the practice in 2011. And unlike in the Southwestern states, drilling in the Marcellus Shale is clustered around populated areas like Pittsburgh in the southwest corner of the state.

"Why would we play Russian roulette with people’s drinking water and with our natural waterways?" said Tracy Carluccio, deputy director of the Delaware Riverkeeper Network.

The debate has played out as EPA studies its regulations related to oil and gas wastewater, also known as brine or produced water. One of the goals of the study, which is expected to be finalized later this year, is determining whether new regulations should allow more of the waste to be discharged into surface water bodies.

The Marcellus Shale Coalition, which represents Pennsylvania’s unconventional drillers, submitted comments encouraging EPA and the Pennsylvania Department of Environmental Protection "to provide the natural gas industry additional regulatory flexibility through the permitting of facilities that allow for the discharge of treated produced water."

"The water treatment industry has demonstrated that produced water can be treated to water quality concentrations that would be acceptable for discharge into surface waters," the comments said.

Most oil and gas drilling produces a stream of wastewater that has to be handled and disposed of. The fluid can be several times saltier than ocean water, and it can also be contaminated with drilling chemicals, minerals and radioactive material picked up from the oil- and gas-bearing formation. Oil patch states are dotted with sites that have been contaminated by the salty wastewater.

Pennsylvania’s wastewater production spiked in the mid-2000s with the advent of hydraulic fracturing, or fracking, in the Marcellus Shale formation.

In most oil-producing states, the industry disposes of wastewater by injecting it into saline aquifers. But Pennsylvania’s geology made it difficult to drill disposal wells.

Instead, companies began hauling the waste to municipal sewage plants and also to purpose-built treatment plants. Those plants were allowed to release the treated wastewater into rivers and streams under the Clean Water Act’s National Pollutant Discharge Elimination System.

But the Pennsylvania DEP, under pressure from EPA, cracked down on the practice in 2011.

What’s in the wastewater?

As of 2017, the drilling industry produced 57.5 million barrels (2.4 billion gallons) of wastewater, according to the nonprofit group PSE Healthy Energy, which analyzed data from the state Department of Environmental Protection. More than half of it is reused at drilling sites, and some of it is trucked to disposal wells in Ohio and West Virginia.

About 345,000 barrels was still treated in municipal sewage plants, and 528,000 barrels went to treatment plants that were allowed to continue after 2011. Typically, the waste sent to those plants came from conventional drilling operations, not from shale drilling, said Lee Ann Hill, a senior scientist with PSE Healthy Energy.

Opponents say there’s already evidence that pollution from produced water treatment plants is causing health hazards in Pennsylvania. And they say there are several risks to expanding the process.

Produced water can contain high levels of metals such as barium and strontium. The effluent released from some of Pennsylvania’s centralized waste treatment plants has "been reported to routinely exceed" EPA’s guidelines for those elements, according to a 2018 EPA study.

The treatment plants also release naturally occurring radioactive material, which can become concentrated in sediment in rivers and streams.

There’s an added danger if the treated waste gets into rivers and streams that are used for drinking water. The waste can contain chlorides and a class of chemicals called halides that can create toxic compounds like chloroform when they react with disinfectants used to treat drinking water, the EPA study said.

Broadening the amount of wastewater released into rivers and streams would increase the danger of pollution, Hill and environmentalists who oppose the idea say.

Fracking relies on a mix of water, chemicals and sand to break up rock formations and release the oil and gas that’s trapped inside. Most of the water and chemicals flows back to the surface, and has to be disposed of.

Pennsylvania and other energy-producing states began disclosing information about the chemicals used in fracking in 2011, but many of the ingredients are still considered trade secrets.

And there’s also not much research about the makeup of the naturally occurring brine that’s produced alongside oil and gas.

"It’s hard to treat and monitor for constituents when you don’t know what the wastewater may be composed of," said Hill.

Most of the existing treatment plants and sewer plants that handle oil and gas waste are in southwestern Pennsylvania, but opponents are worried that the practice could expand to other parts of the state.

The Delaware River Basin Commission, which oversees water quality in the river that forms Pennsylvania’s eastern basin, has banned hydraulic fracturing since 2010. But two years ago, the commission floated the idea of maintaining the ban on gas production, but allowing disposal of produced water within the river’s watershed (Energywire, Sept. 13, 2017).

That could have a big impact, since the river provides drinking water to residents in four states — Pennsylvania, New York, New Jersey and Delaware.

"We simply can’t allow this waste stream, this wastewater, to be put into our waterways," the Riverkeeper network’s Carluccio said.