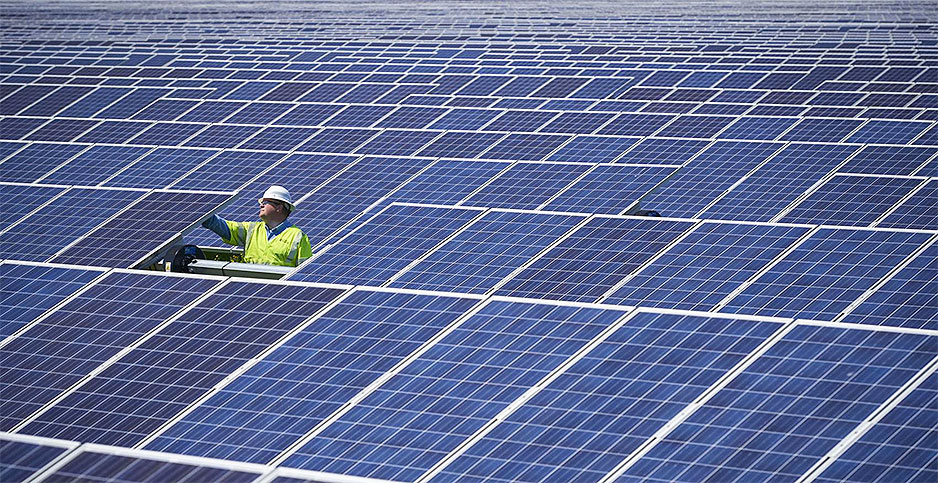 Meanwhile, some North Carolina Democratic lawmakers, clean energy advocates and consumer groups pushed back against a wide-ranging energy bill that made its legislative debut last week, saying it is too costly and would not do enough to transition Duke’s fleet away from fossil fuels.

The battles come at a time when the Biden administration, North Carolina and Duke have set carbon-neutral targets by 2050. Separately, South Carolina’s electric companies must follow the 2019 Energy Freedom Act, which is aimed at boosting renewables and other CO2-free technologies by requiring major power producers to consider procuring all sources of electricity generation.

"I believe that there’s more work for Duke to do," said Justin Williams, chair of the South Carolina Public Service Commission, at last week’s business meeting.

The IRP is a strategic document that serves as the foundation for other, more specific blueprints for Duke’s electricity mix. Duke operates two electric utilities — Duke Energy Carolina and Duke Energy Progress — in the Carolinas.

In a 4-2 vote, South Carolina regulators said that the company’s plans failed to meet the standards set in the Energy Freedom Act. Broadly, they asked Duke to use different natural gas pricing forecasts and change how it models solar and battery storage.

"I think what we’re going to see as a consequence of this directive is a higher level of accuracy as it relates to solar cost, storage cost and the way these resources perform on Duke’s system," said Hamilton Davis, regulatory affairs director for Southern Current LLC. "As a result, we would anticipate a larger role for clean energy resources moving forward as compared to Duke’s proposed IRP."

Duke is reviewing the commission’s directive, said Duke spokesperson Ryan Mosier in a statement emailed to E&E News. The company is awaiting a more detailed order expected in the coming weeks. It will then have 60 days to file its modified IRP, followed by another 60-day period for the state agency and other parties to review the proposal and comment on it. The South Carolina PSC then has 60 days to approve the modified IRP or request additional changes.

"We appreciate there are diverse views on transitioning to a lower carbon future, and we actively engaged stakeholders across South Carolina and North Carolina to solicit input from them to inform the planning process," Mosier said.

"We are in the midst of an unprecedented, long-term transition from a fleet that included coal generation towards a new mix of cleaner generation, including renewables, battery storage systems, carbon-free nuclear and efficient natural gas across the system," he added.

Duke’s initial IRP outlined six paths for its electricity mix under various carbon policy scenarios. The one that Duke prefers is the base case without strict CO2 regulations. This would see the company add 8,650 megawatts of solar and more than 1,000 MW of storage by 2035. Under this template, the company would also add 9,600 MW of natural gas to its fleet and close its remaining coal plants based upon what makes the most economic sense.

This is the second time in six months that the South Carolina PSC has pushed back against an electric company’s long-term energy plans because they failed to meet state requirements. In December, the agency sent Dominion Energy South Carolina back to the drawing board after its IRP did not include adding renewables and storage before 2026 and did not entertain closing coal-fired power plants before 2028 (Energywire, Feb. 22).

Dominion returned weeks later with a new plan to remove all remaining coal from its system in South Carolina by 2030, replacing it with natural gas, solar and battery storage. The updated IRP calls for adding between 1,900 and 2,000 MW of solar and between 700 and 900 MW of battery storage from 2026 to 2048.

Also Thursday, the two Republican chairs of the North Carolina House Energy and Public Utilities committees defended their high-profile bill, titled "modernize energy generation," after other lawmakers on the panel urged them not to rush the measure out of committee (Energywire, June 17).

"It’s a very complex bill that folks ahead of time haven’t had time to digest," said state Rep. Pricey Harrison, a Democrat from Greensboro. "I hope we can get to the point where we can fix the bill."

Among Harrison’s concerns are that the measure falls short of meeting Cooper’s interim carbon-cutting goals, would allow Duke to add more natural gas to its generation fleet and fails to mention climate change by name.

State Rep. Dean Arp, the committee co-chair and a Republican from Monroe, said lawmakers are serious about cutting carbon.

"What we’re doing is exactly carbon reduction," he said. "The words ‘climate change’ isn’t in there, but that doesn’t mean that this whole bill doesn’t revolve around that."