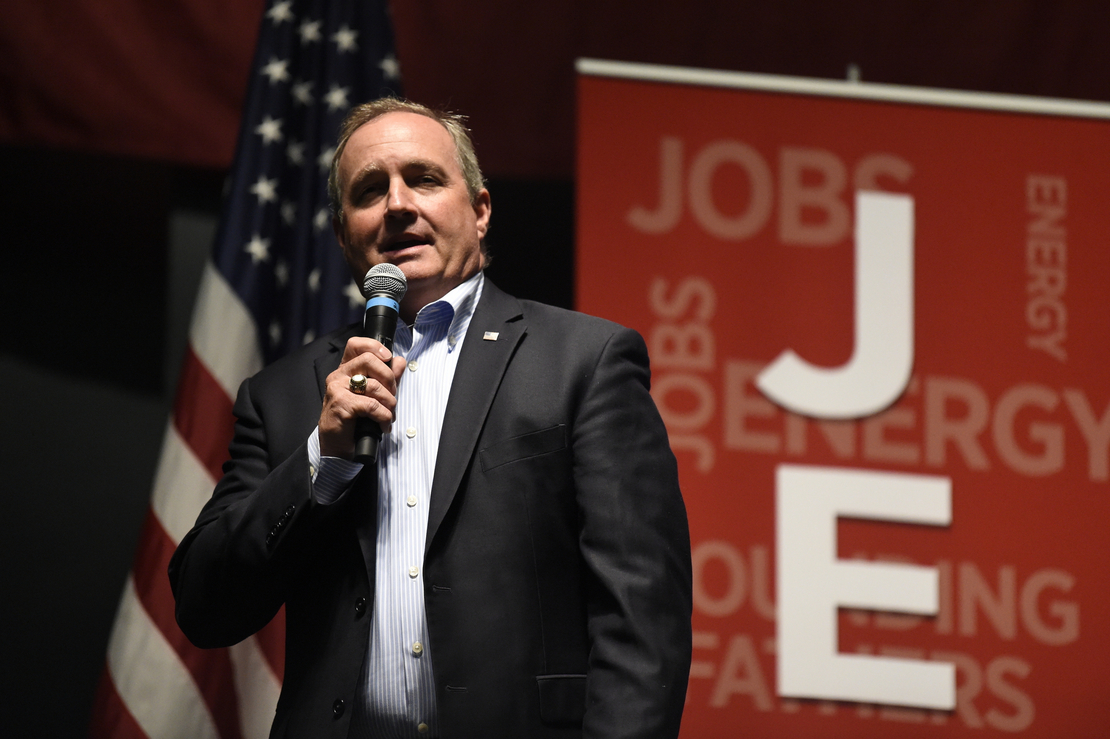 Control of the House is still up in the air, but GOP lawmakers are already positioning themselves for plum leadership assignments. Rep. Jeff Duncan of South Carolina is among them.

In a sign of his ambitions for landing a more senior role with the House Energy and Commerce Committee, Duncan is circulating “a policy blueprint for nuclear innovation and competitiveness.”

Unlike full committee chairs and ranking members, Duncan wouldn’t need to win a vote from the House GOP Steering Committee to assume a subcommittee chair position.

He does, however, need to win the support of the panel’s current top Republican, Rep. Cathy McMorris Rodgers of Washington, who is expected to become the Energy and Commerce chair and gets to make the subcommittee member assignments.

Internal jockeying has already begun for subcommittee leadership slots, so it behooves Duncan to come out quickly with his policy vision and establish himself as a player with the private sector.

Duncan’s office said the blueprint is being shared “Congress-wide and with industry stakeholders.” He also sent a “Dear Colleague” letter to members accompanying the framework to build support for his ideas.

Given Duncan’s seniority on the Energy Subcommittee and his involvement with energy issues, that’s a likely landing spot for the congressman.

In a statement to E&E News, Duncan wasn’t specific about his preferred role but said he “would love to hold some type of a leadership role on the Energy and Commerce Committee next Congress.”

He added, “I continue to look for outlets where I can focus on energy policy as a Member of Congress.”

Duncan’s three-page document sets a marker for how he may prioritize leadership atop the Energy Subcommittee. While much of the conference is focused on oil and gas issues — which are sure to be on the full committee’s docket — Duncan is positioning for broader energy talks, with nuclear at the forefront.

“The United States must develop a regulatory environment conducive to innovation and advancement in the nuclear industry,” the document reads. “Regulations must be updated to encourage growth and investment to propel the United States into the next Nuclear Renaissance.”

Republicans have long argued that any true solution to climate change must include policies to help move nuclear energy and its carbon-free, baseload power generation to the forefront. That focus is centered on the Nuclear Regulatory Commission and regulations associated with running a nuclear power plant.

For their part, Democrats have also expressed similar views, passing a 30 percent production tax credit for nuclear energy over the next 10 years as part of their Inflation Reduction Act reconciliation package.

Duncan is resurrecting a series of policy goals that would match those ambitions. His blueprint includes goals of revamping licensing pathways for the next generation and expedited environmental reviews of nuclear reactors as well as ambitions to reduce emergency planning zones surrounding those advanced reactors, which tend to be smaller than zones for the existing nuclear fleet.

Such changes, however, have run into opposition from environmental groups and some other federal agencies like the Federal Emergency Management Agency that fear a reduction in planning zone sizes could cause additional public harm in case of an emergency.

The issue is among many under consideration at the NRC as the agency looks to position itself to receive an influx of advanced reactor design applications over the next decade.

Duncan is also calling for a return to Yucca Mountain as the focal point to the nation’s commercial nuclear waste disposal strategy.

Due to its opposition in Nevada, both the Trump and Biden administrations have abandoned the site in favor of a consolidated interim storage approach. House Republicans have looked to advance a dual approach that jump-starts the stalled Yucca Mountain site — a strategy endorsed by Duncan after assuming leadership of the position from former Rep. John Shimkus (R-Ill.).

“Congress and DOE should seek to identify potential compromises and long-term benefits that include fresh approaches to negotiate a pathway to make Yucca Mountain acceptable to Nevada stakeholders and a reality for the national interest,” the blueprint reads.

While Duncan won a seat on the Energy and Commerce Committee in 2017, his ascent to subcommittee chair would be the culmination of more than a decade of maneuvering to become a leader on the committee — and a leader on energy issues within the House Republican Conference, generally.

He had experience with the policy portfolio in the South Carolina Legislature, where he served for eight years prior to winning a House seat in 2010: He was a member of the state Natural Gas Offshore Drilling Study Committee and of the Southern States Energy Board — a coalition of 16 states, the Virgin Islands and Puerto Rico dedicated to improving economic conditions in the South through better energy and environmental practice.

And while he has always touted the importance of pursuing an “all of the above” energy strategy, he came to Washington with a home state interest in promoting nuclear power.

According to the U.S. Energy Information Administration, South Carolina ranks third in the nation behind Illinois and Pennsylvania in both nuclear power generating capacity and the amount of electricity generated by nuclear energy. In total, nuclear generation made up approximately 55 percent of all the state’s generation needs.

He took advantage of opportunities, large and small, to assert himself on the issues. When he was chair of the House Foreign Affairs Subcommittee on Western Hemisphere, Civilian Security, Migration and International Economic Policy, he held hearings on energy security in the Americas.

And as a co-leader of the House Energy Action Team — a messaging apparatus for House Republicans on energy issues overseen by the minority whip, Rep. Steve Scalise (R-La.) — he traveled and even hosted colleagues on fact-finding trips.

When it comes to rising in the Energy and Commerce Committee ranks, he’ll have another advantage working for him: an alliance with McMorris Rodgers, whom Duncan supported for the ranking member position in a bitter competition against Rep. Michael Burgess of Texas.

“Without energy security, we have no national security or economic security, and it is essential for us to make energy policy a priority,” Duncan said yesterday in a statement. “Republican Leader Cathy McMorris Rodgers’ leadership on the Energy and Commerce Committee has united the conference on this issue, and I look forward to what we will accomplish in the 118th Congress.”