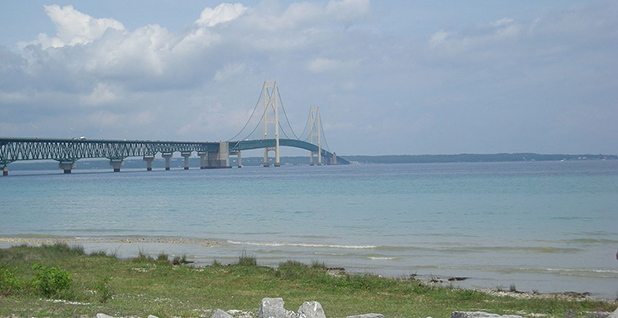 Sen. Elizabeth Warren (D-Mass.) and former South Bend, Ind., Mayor Pete Buttigieg called for shutting down a controversial Michigan oil and gas pipeline this week, raising questions about whether the issue could swing voters in one of the largest battleground states.

On Twitter, Warren called Enbridge Inc.’s Line 5 a "threat to millions" who rely on the Great Lakes as a water source and a healthy economy, adding that shuttering the pipeline was needed for a "100% clean energy future."

Buttigieg said on Twitter that "with such a high risk of an oil spill under the Great Lakes, Michigan can’t afford to keep the Line 5 pipeline in operation," while also calling for clean energy to address the climate crisis. Sen. Bernie Sanders (I-Vt.) has previously supported closing the crude oil and natural gas liquids line, which runs beneath the Straits of Mackinac and spans 645 miles in total, starting in Superior, Wis., and ending in Sarnia, Ontario.

While pipelines have not traditionally been a hot topic in presidential primaries, Line 5 has the potential to influence voters in Michigan because of its link to climate change and wide public awareness of the issue, analysts say.

Nick Leonard, executive director at the Great Lakes Environmental Law Center, said the Great Lakes are a "hugely unifying" issue for Michigan voters across the political spectrum. "Everyone" in the state is aware of Line 5, he said.

"In terms of just the politics of it, especially amongst the Democratic candidates, it makes a lot of sense for them to be speaking out against it, in particular because [Democratic Gov. Gretchen] Whitmer has been stridently opposed to it and our Democratic Attorney General Dana Nessel has been stridently opposed to it," Leonard said. He said he would be interested to see how any of the Democratic candidates, if elected, would be involved in the pipeline’s potential decommissioning.

Democrats favor shutting down the pipeline rather than replacing a widely contested 4-mile section between lakes Huron and Michigan. Enbridge is still pursuing a tunnel project that would replace the existing pipeline for that section and encase a new one within a larger tunnel.

"Enbridge remains committed to moving forward with the Great Lakes Tunnel Project which would invest $500 million into the State to ensure the security of energy supply and reduce risk to the Straits to virtually zero," said Ryan Duffy, an Enbridge spokesman, in a statement. "The tunnel solution is the best long-term opportunity to secure the energy needs of the State while making an already safe pipeline even safer."

Michael Ross, professor of political science at UCLA, said this is the first presidential election cycle where candidates have taken climate change seriously as an issue, reflecting polling that voters — particularly Democrats — are considering it at the ballot box.

"From the candidates’ point of view, [Line 5] is a way to show that they care not just about the environment generally, and they care about Michigan voters, but they also are on board on the climate issue," Ross said, "since typically these pipeline extensions are ways to facilitate transportation of oil and gas from new developments."

Arnold Weinfeld, the associate director of the Institute for Public Policy and Social Research at Michigan State University, said concerns about clean drinking water also remain a huge issue for a state bordered by four of the five Great Lakes.

"Protecting Great Lakes water is a top priority for people in this state and therefore for candidates," Weinfeld said.

Weinfeld said Michiganders’ awareness of pipelines is fueled by accidents related to energy infrastructure in other states, like oil leaks from the Keystone pipeline and an explosion this month at a California refinery. Still, he said, in addition to being an environmental issue, Line 5 affects labor — as replacement of the pipeline will create jobs — and is a rural issue, as much of the propane used in the state’s Upper Peninsula comes through the line.

Weinfeld pointed to MSU research last year finding that 47% of surveyed Michigan residents said the economic benefit of Line 5 was not worth the environmental risk. Only a quarter of the respondents said the pipeline should be permanently shut down and not replaced.

Washington Gov. Jay Inslee tried to make Line 5 a national issue during his campaign for the Democratic nomination, slamming the Enbridge pipeline as a "clear and present threat to the health of the Great Lakes and our climate" in July (Energywire, July 11, 2019).