Sanders unloads on Manchin: ‘Not good enough to be vague’ 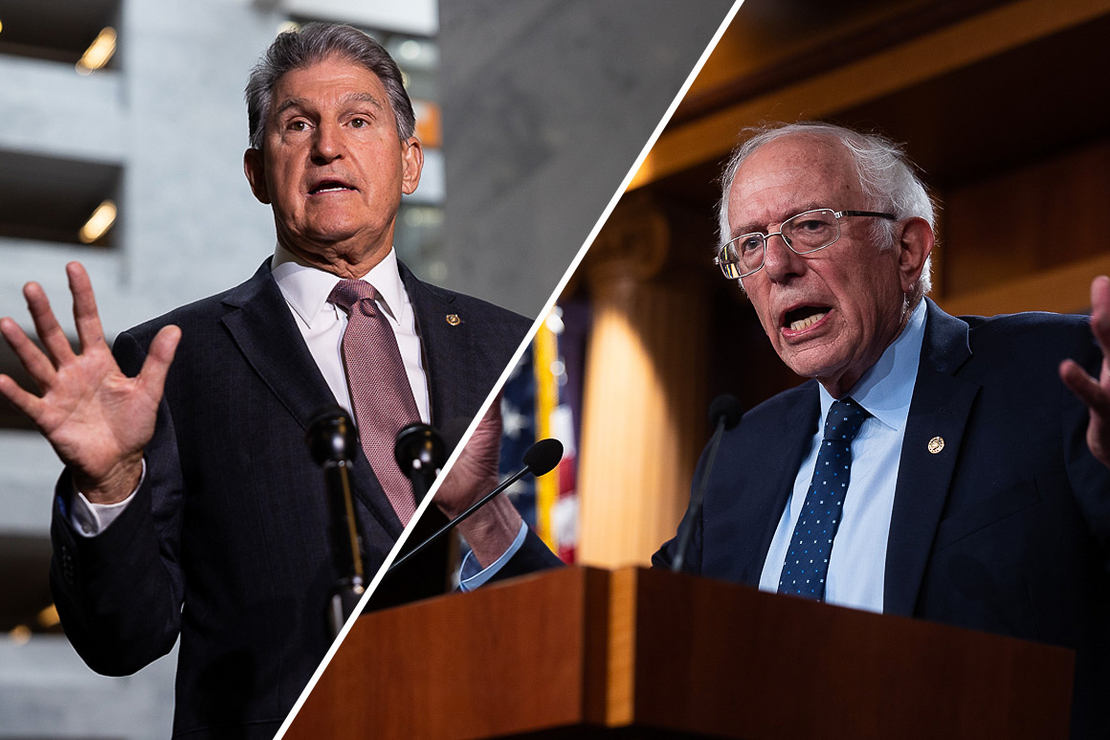 For weeks, both Democrats and Sanders, the Senate Budget chair, have generally refrained from publicly criticizing the West Virginia Democrat in public as negotiations drag on behind closed doors.

But that all ended yesterday as Sanders spent roughly 15 minutes at a news conference lambasting Manchin’s “vague phraseology” on a long list of social spending programs, reflecting simmering tensions in the caucus as Manchin and fellow moderate Sen. Kyrsten Sinema (D-Ariz.) attempt to strip down a bill that would be President Biden’s signature legislative accomplishment.

Manchin had called his own brief news conference earlier in that day, where he did not take questions and did not mention climate change, an area that he has broadly insisted should be more inclusive of coal, natural gas and carbon capture.

Manchin, the Energy and Natural Resources Committee chair, instead warned against using reconciliation to “turn our society into an entitlement society,” a phrase Sanders specifically denounced.

“I am not exactly sure what he means by that,” Sanders said. “Does Sen. Manchin not believe that our children and grandchildren are entitled to live in a country and a world that is healthy and habitable?” Sanders said, referring to the “existential threat” of climate change.

The feud comes at an important juncture for reconciliation talks, with Democratic leaders mulling whether to pull entire programs from the package or trim down spending across the board to meet a smaller overall spending number.

The reconciliation bill marked up in House committees last month would spend $3.5 trillion overall, but the White House and top Senate Democrats are now targeting a top line in the neighborhood of $2 trillion. That could potentially mean cuts for environmental justice priorities and climate-related provisions that are not directly focused on reducing emissions, namely the Civilian Climate Corps (E&E Daily, Oct. 6).

Manchin has also not made clear how, exactly, he would propose to modify the Clean Electricity Performance Program, or CEPP, the bill’s central climate provision. The program would give grants to utilities that meet certain annual clean energy targets and fine those that do not. Manchin has expressed concerns about reliability and offering payments to big corporations without returns for the federal government.

Manchin has said that carbon capture and storage should be included in the clean energy tax section so that natural gas and coal can have a place in climate policy, an idea that progressives do not support (E&E Daily, Oct. 1).

“It’s not my job to comment on Joe Manchin,” a visibly frustrated Sen. Martin Heinrich (D-N.M.) said yesterday when asked about Manchin’s opposition to the CEPP. Heinrich, a member of ENR, is one of a handful of Democrats who have been lobbying Manchin on the policy for months.

“There’s always a path if people want to find it,” Heinrich said.

‘It is really not playing fair’

Sanders said, in short, that he’s looking for a sign of where that path lies. Sanders noted that he could easily tell Senate Majority Leader Chuck Schumer (D-N.Y.) that he won’t support reconciliation because it does not include “Medicare for All,” a longtime progressive priority.

“My concern with Mr. Manchin is not so much what his views are — I disagree with them –— but it is that it is wrong, it is really not playing fair, that one or two people think that they should be able to stop what 48 members of the Democratic caucus want, what the American people want, what the president of the United States wants,” Sanders said.

While Sanders said he continues to believe $3.5 trillion is not enough, he said negotiations on the top line are “part of the process.”

Manchin, for his part, said in response that he and Sanders “share very different policy and political beliefs.”

“As he and I have discussed, Senator Sanders believes America should be moving towards an entitlement society while I believe we should have a compassionate and rewarding society,” Manchin said in a statement.

Sanders was similarly miffed by the negotiating position of Sinema, who does not talk to reporters and has been even more opaque about her positions.

“Sen. Sinema’s position has been that she doesn’t, quote unquote, negotiate publicly,” Sanders said. “I don’t know what that means. We don’t know where she’s coming from.”