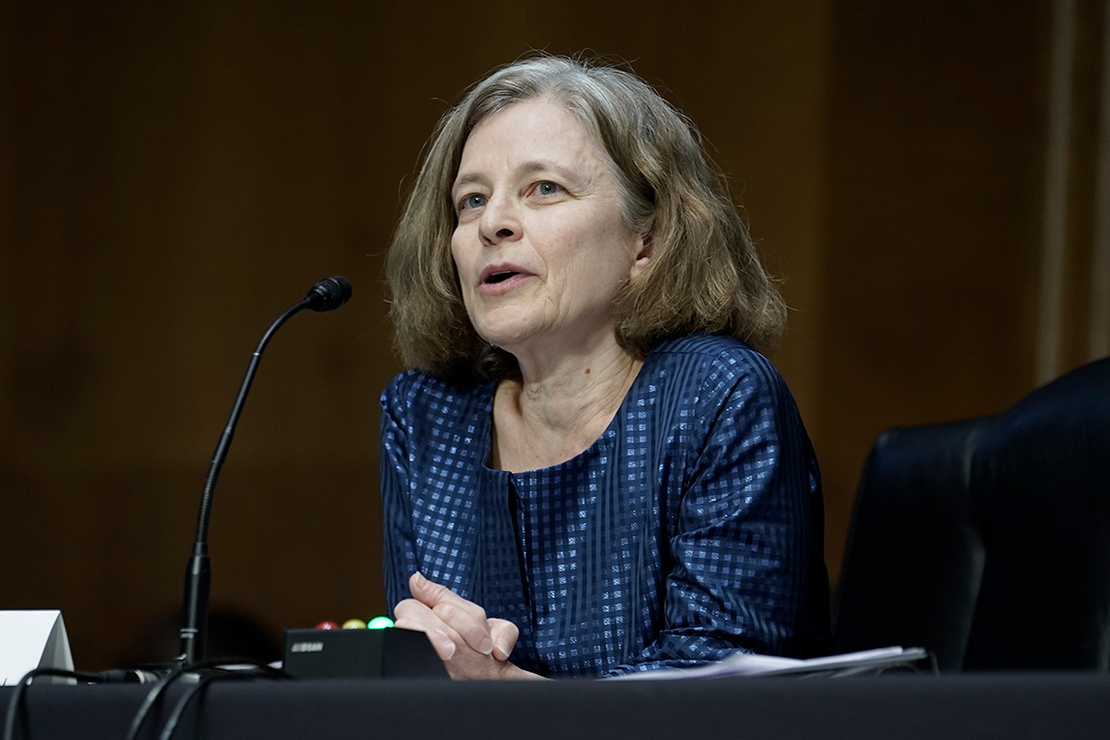 Sarah Bloom Raskin has withdrawn her nomination to be the Federal Reserve’s vice chair for supervision just a day after Sen. Joe Manchin (D-W.Va.) announced his opposition.

Manchin, the Senate Energy and Natural Resources chair, said yesterday he would not support Raskin on the floor because of her views on climate change. It effectively killed her nomination in the 50-50 Senate, particularly after fellow moderate Sens. Lisa Murkowski (R-Alaska) and Susan Collins (R-Maine) said they would not vote for Raskin either (E&E Daily, March 15).

“Despite her readiness — and despite having been confirmed by the Senate with broad, bipartisan support twice in the past — Sarah was subject to baseless attacks from industry and conservative interest groups,” President Biden said in a statement announcing her withdrawal.

Republicans had blocked Raskin from even getting a vote in the Senate Banking, Housing and Urban Affairs Committee, stalling out a tranche of other Fed nominees, including Chair Jerome Powell.

The GOP fiercely opposed her climate views and made ethical allegations against her after her confirmation hearing that Raskin and Democrats said were unfounded.

Manchin had similar criticism. He said Raskin’s public statements “have failed to satisfactorily address my concerns about the critical importance of financing an all-of-the-above energy policy to meet our nation’s critical energy needs.”

Raskin, a favorite of environmental groups, was a strong public advocate for tighter financial regulations on climate risk, including the physical effects of climate change and the potential for stranded fossil fuel assets in the clean energy transition.

She would have been the Fed’s top bank regulator if confirmed, a key cog in the Biden administration’s larger effort to overhaul how financial regulatory agencies view climate change.

Still, while Republicans battered Raskin for her public statements on the issue, many of her views aren’t far from the mainstream, particularly internationally, where central banks have been looking at climate risk for years. Powell has said the Fed is already developing “climate stress scenarios” to evaluate climate risk to the financial sector (E&E Daily, March 3).

The New Yorker first reported Raskin’s withdrawal this afternoon, publishing a scathing letter Raskin wrote to Biden to pull her nomination. She blamed “special interests” in part for the GOP blockade.

“Their point of contention was my frank public discussion of climate change and the economic costs associated with it,” Raskin wrote, according to The New Yorker. “It was — and is — my considered view that the perils of climate change must be added to the list of serious risks that the Federal Reserve considers as it works to ensure the stability and resiliency of our economy and financial system. This is not a novel or radical position.”

Raskin, a law professor at Duke University and spouse of Rep. Jamie Raskin (D-Md.), has been confirmed by the Senate before. She previously sat on the Fed’s board and served as deputy Treasury secretary during the Obama administration, receiving bipartisan support for both nominations.

Banking Chair Sherrod Brown (D-Ohio) said his committee would proceed with a markup on Powell and the other Fed nominees, including vice chair pick Lael Brainard, as well as Philip Jefferson and Lisa Cook.

They are expected to be confirmed, and Powell is likely to get wide bipartisan support.

“Republicans engaged in a disingenuous smear campaign, distorting Ms. Raskin’s views beyond recognition, and made unsubstantiated attacks on her character,” Brown said in a statement. “Committee Democrats were united, and we did our jobs.”