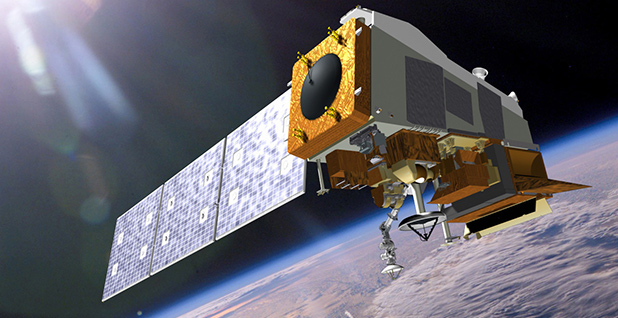 Proposed cuts to the National Oceanic and Atmospheric Administration quickly earned the ire of researchers, environmentalists, lawmakers and fishermen, largely due to concerns over slashes to NOAA’s ocean and fisheries programs.

But there are other aspects of the Trump administration’s Department of Commerce budget outline that could affect another significant sector: the U.S. military.

In particular, the Air Force and the Navy are heavily reliant on NOAA’s research, data and technology on a daily basis as they operate in the sky and sea, experts say.

"The DOD uses NOAA products every day. Every time a U.S. Navy ship goes into or out of a U.S. port, it’s using NOAA surveys. Every base and installation, certainly in the U.S., uses NOAA forecasts to keep them safe and keep their property secure," said retired Rear Adm. David Titley, who served as a Navy oceanographer and navigator during his 35 years as an officer and later was deputy undersecretary for operations at NOAA.

To the Navy alone, according to Titley, NOAA is worth an estimated $2 billion annually; that’s how much he calculates the service would have to spend to replicate NOAA’s work if it did not exist.

That value includes weather research and surveying, but arguably, the most important military collaboration with NOAA is on satellites, a capability that has been threatened by the White House.

President Trump’s budget outline would cut funding for two future satellites that are part of the Joint Polar Satellite System, a series of spacecraft that will circle the Earth from pole to pole, gathering atmospheric, weather and climate data.

The budget plan does call for fully funding JPSS 1 and 2, the first of which is set to go up later this year. But scaling back funding for 3 and 4, the two later satellites scheduled to launch in 2026 and 2031, would be a significant blow to the program, according to former NOAA Administrator Conrad Lautenbacher, who was also a vice admiral in the Navy.

"If you cut the satellite budget … that will slow down the development of new satellites, replacement satellites. You’ve got to keep that on schedule, or you’re going to have a gap," he said.

A NOAA spokesman affirmed that the agency’s constellation of satellites provides data that are heavily used by the military.

"NOAA directly provides satellite data to its DoD partners in near real-time for supporting their mission requirements and for safeguarding their vital assets (air, maritime, and ground)," wrote spokesman John Leslie in an email to E&E News.

The military owns its own weather satellites, but not with the full range of capabilities NOAA is able to provide, Leslie said.

"There is some fallback or feedback from whatever happens in NOAA to the military. It’s not a total free ride," said Lautenbacher.

Climate research also in the crosshairs

Another component of NOAA’s work facing the budget hammer is its Office of Oceanic and Atmospheric Research, which has been targeted for a 26 percent cut, according to budget documents obtained by The Washington Post (E&E Daily, March 14).

Advocates have rallied around many of the agency’s research initiatives, particularly the National Sea Grant College Program, which supports research into seafood safety, coastal development and coastal hazards (Greenwire, April 11).

The climate research at NOAA, which is part of OAR, does not have the same daily usefulness for the military as the satellite program does. But in the long term, it’s vital, said Titley.

"Those [cuts] would not have immediate effects. But as the DOD tries to primarily adapt to changes in climate … if we’re not continuing that kind of research, that puts the DOD at greater risk," he added.

One example of the research cooperation between agencies is the National Earth System Prediction Capability. The program, a strategic collaboration among NOAA, NASA, the Department of Energy, the Navy and the Air Force, looks to "coordinate and accelerate America’s environmental prediction capability."

This program could be a victim if the White House has its way with NOAA’s budget.

"There seems to be … kind of a war on future capabilities," Titley said. "Most of us were taught by our mothers to try to leave something better than how you found it. It appears that this administration has it the exact opposite way. Take everything you can, take all that money, spend it on something that’s now, like DOD readiness, for example, and let somebody else figure out the future."