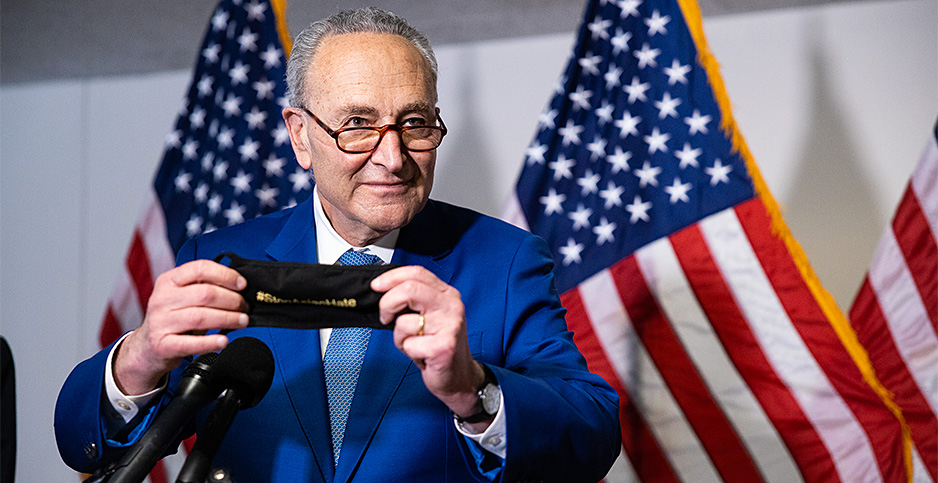 Senate Majority Leader Chuck Schumer made it official this morning: The Senate, as expected, will vote sometime next week to repeal the Trump-era rollback of restrictions on methane emissions.

The New York Democrat confirmed the timing in his daily remarks on the Senate floor, coinciding with Earth Day and President Biden’s announcement of plans to aggressively target methane emissions as part of his new climate pledge.

"Methane gets less attention than its big, bad brother, carbon dioxide, but in truth, methane is like carbon dioxide on steroids," Schumer declared.

"Over 20 years, a ton of methane will warm the atmosphere more than 86 times as much as a ton of carbon dioxide. But because it breaks down much faster than carbon dioxide, the gains we make in the reduction of methane emissions can reduce global warming even faster."

The chamber will take the matter up via a resolution under the Congressional Review Act, which allows Congress and the president to repeal regulations within a certain time frame.

The Senate effort is being led by Sen. Martin Heinrich (D-N.M.), and at least one Republican, Sen. Susan Collins of Maine, has jumped on board (E&E Daily, April 21).

In a brief interview today, Sen. Lindsey Graham (R-S.C.) said that if the resolution is similar to the one he and Collins both supported in 2017, which would also have undone Trump’s loosened restrictions on methane emissions, he would be inclined to support the effort.

The House companion, which will be acted on following the Senate vote, is being championed by Colorado Democratic Rep. Diana DeGette.