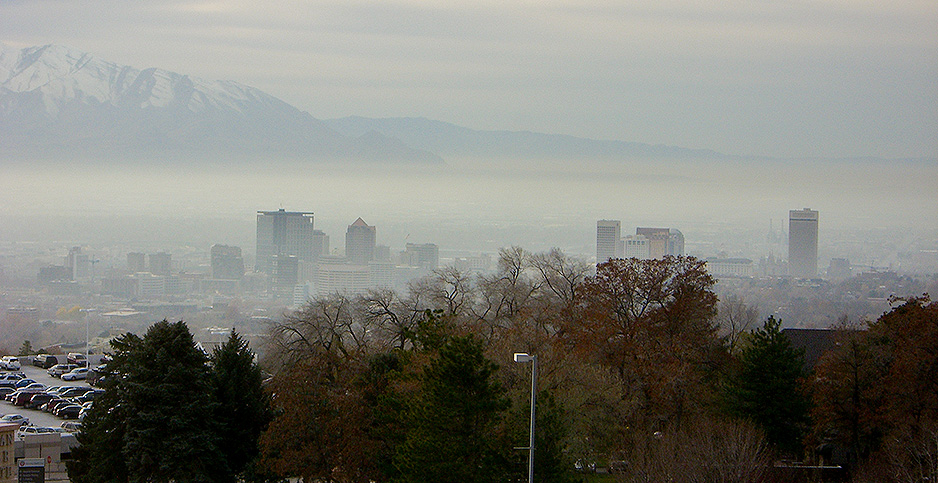 When EPA begins a major review of air pollution standards this week, a researcher who has received funding from an industry group opposed to the rules will be leading the agency’s panel.

Tony Cox, who was named chairman of the Clean Air Scientific Advisory Committee by former Administrator Scott Pruitt, accepted funding from the American Petroleum Institute to help finance his research into particulate matter pollution. He also allowed the lobbying group to proofread and copy edit his findings before they were published, according to his own acknowledgements.

It’s highly unusual to give an industry group, or anyone who funds scientific work, a chance to influence the outcome of research, according to scientists.

"Certainly his ties to industry and comfort with allowing them to influence the science is concerning given he is heading a process where we know there will be heavy industry pressure to influence it," said Gretchen Goldman, research director for the Center for Science and Democracy at the Union of Concerned Scientists.

The arrangement is unusual in the scientific community because it stands to discredit a researcher’s work, even if the group that provided funding makes innocuous changes, other researchers said. In this case, the access that Cox gave to API doesn’t seem to have dramatically altered the conclusions of his study. Instead, a small change here and there could have made it a friendlier vehicle for the industry’s message, Goldman said.

It "implies that the messaging matters," she said.

Cox, who was nominated for his position by the U.S. Chamber of Commerce, has been critical of EPA air pollution regulations and has said that research showing the connection between air pollution and serious human health consequences is overblown. He sent E&E News a study that happened to contain copy edits, which he said were made by reviewers. It’s unclear which changes were made by API, and Cox denies that the fossil fuel lobbying group offered meaningful edits.

Cox is a statistician who is now tasked with overseeing the advisory committee’s review of particulate matter pollution standards. It’s supposed to make a key health determination that could affect millions of Americans: chiefly whether the level of air pollution they are breathing is hurting them.

Cox states in his study that API provided input before it was published last year.

"This paper benefited from close proof-reading and copy-editing suggestions from API, but these reviews and suggestions were provided for the author’s consideration without constraints that any of them be incorporated," he wrote in the study, which was published in the journal Critical Reviews in Toxicology.

API, which lobbies the government on behalf of fossil fuel companies, has a history of fighting regulations on air pollution, sometimes by pointing to the scientific conclusions of studies that it funded.

Before Pruitt resigned amid a flurry of ethics investigations earlier this year, EPA replaced academic researchers on its science advisory boards with researchers supported by industry groups. Pruitt declared that scientists who received EPA grants had conflicts of interest, while those who are paid by polluting industries deserved a louder voice. That’s when he named Cox to lead the Clean Air Scientific Advisory Committee.

Under acting Administrator Andrew Wheeler, EPA has gone even further to sideline scientists, particularly around air pollution. It recently disbanded a separate panel of scientists, who are supposed to review particulate matter pollution, and canceled plans for another panel that was to review ozone.

Meanwhile, the Trump administration has remade the panel led by Cox. It now includes an academic and several state regulators who have downplayed the effects of air pollution.

Cox’s 2017 study, which examines the causal relationship between air pollution and human health, was published in Critical Reviews in Toxicology. The journal has a reputation for publishing industry-funded work that’s sometimes used to argue against government regulations.

Cox’s research questions previous studies that have connected serious human health problems to air pollution. It fits with the approach that Cox has taken when testifying to Congress: He emphasizes uncertainties, including in 2015, when he told lawmakers that health benefits of reducing ozone exposure were "unwarranted and exaggerated."

Cox denied that API influenced his work and said the organization did not suggest any substantive changes. The fossil fuel group offered "some minor copy editing suggestions on punctuation and my use of ‘relation’ vs. ‘relationship,’" Cox said.

"Neither in effect nor in actual fact did they interfere with, shape, or direct my findings or the conduct of my research in any way," Cox said in an email to E&E News. "My research was complete before I drafted the paper, and nothing of substance changed thereafter except in response to journal reviewer comments and my own re-reading for clarity. My research is and always have been my own, and I do not accept outside interference."

Cox has a history of attacking established research on the health risks of air pollution, using his own statistical model to crunch data associated with particulate matter, or PM2.5.

In one study, he said there was "no evidence that reductions in PM2.5 concentrations cause reductions in mortality rates." In addition to API, he has received funding from the American Chemistry Council and Philip Morris International Inc., the tobacco company.

There’s a large body of science that connects serious health ailments to air pollution. Ozone and fine particle air pollution are particularly dangerous to vulnerable groups of people, including children, the elderly, people with asthma and outdoor workers.

The World Health Organization published research earlier this year that found nine out of 10 people globally breathe polluted air and that air pollution kills 7 million people annually. It’s one of the leading causes of death. Vehicle emissions are a leading cause of air pollution worldwide.

John Bachmann, EPA’s director for science policy on air quality during President George W. Bush’s administration, said it’s "crazy" that EPA is barring researchers who received agency grants from sitting on advisory panels. They are often some of the best researchers, he said.

That change means the panel overseen by Cox is reviewing air pollution standards without the help of a single epidemiologist. Altogether, the altered panels once included at least seven epidemiologists; they’re all gone, Bachmann said.

He added that current members of the Clean Air Scientific Advisory Committee are qualified, but their capabilities, expertise and perspectives are greatly limited compared with those who once served on a specialized panel to review particulate matter. Pruitt disbanded it.

"It’s a huge loss to claim you can review a document that has hundreds and hundreds of pages on epidemiology by people who don’t do it, don’t do the research in it and the one guy who has done some of it has a point of view that is not mainstream," Bachmann said, referring to Cox.

Cox’s 2017 study is a "review paper that focuses on epidemiological literature and application of epidemiological methods to case studies by someone who is not an epidemiologist," said Christopher Frey, a former chairman of the Clean Air Scientific Advisory Committee and a professor of environmental engineering at North Carolina State University.

In the past, it was rare to appoint a chair who had not previously served on the panel, Frey said. The Clean Air Act requires reviews by the advisory panel to be thorough and to rely on the latest science. He said industry researchers, going back to tobacco industry efforts to discredit the health effects of smoking, are largely focused on uncertainty rather than the risks. Frey said EPA, when it funded some of his research, did not seek to edit his work beforehand.

"In a regulatory purpose, you really want all the members of the committee to be perceived as impartial and free of conflict of interest, and I don’t think as a group this committee earns that perception."

Frey, who served as chairman of the committee from 2012 to 2015 and was first appointed in 2008 under Bush, said the current board is derived of stakeholders with a vested interest.

The panel lost prominence in other ways too. In the past, there were dozens of people reviewing air pollution research for three years. Now, it’s seven people doing the review in one year.

"It’s a perfect storm," Frey said. "So many things have been changed all at once, and every one of them weakens the process, and collectively it just creates a tremendously weak process that borders on being a total sham."