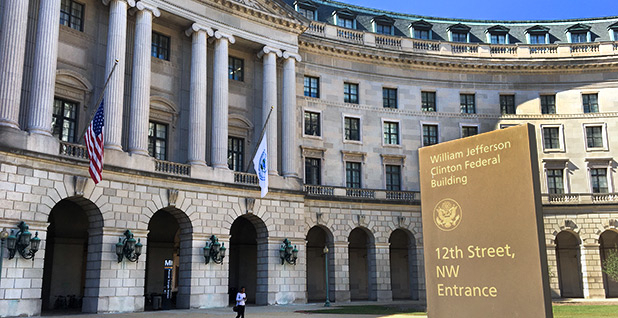 Robert Phalen, an air pollution researcher just named to a key U.S. EPA advisory committee, is defending earlier comments that the air can be "a little too clean" for children’s health as grounded in the broader field of pulmonary medicine.

"The children raised on farms and with pets have lower asthma rates due to the [setting] of lifelong respiratory tract defenses early in their lives," Phalen said an emailed statement to E&E News late yesterday in response to a request for comment sent Friday.

"Importantly," he said, "as particulate air pollution levels have declined in the US, asthma rates have increased."

Phalen, a professor of medicine who heads the Air Pollution Health Effects Laboratory Center at the University of California, Irvine, was named to EPA’s Science Advisory Board last week by agency chief Scott Pruitt.

Phalen has come under fire from environmentalists for remarks in a 2012 profile by the American Association for the Advancement of Science suggesting children need exposure to air irritants to learn how to ward them off in later life.

"Modern air is a little too clean for optimum health," he said in the profile (Greenwire, Nov. 3).

In response to a follow-up interview request yesterday to further clarify his statement, Phalen said he is tied up on "time-critical projects" today.

He did not immediately reply to another email asking for elaboration on why children who grow up on farms or have pets would have lower asthma rates.

In the statement, Phalen added that one of his interests is "protecting the respiratory status of children, as they have developing lungs, and they spend more time outdoors than do adults; so safe levels of allergens, other particles" and sulfur dioxide, ground-level ozone and nitrogen oxides "are important to them."

"Fortunately, the levels of those pollutants, excepts for allergens (plant and insect derived) are currently low compared to past levels," Phalen wrote.

He also alluded to another author’s statement that "’people who talk to the media are only as good as their worst quote’" and "’news is anything that shocks, titillates or angers readers or viewers.’"

He wrote, "As you might conclude, I often feel at the mercy of reporters."

In a short interview with E&E News last Monday before his appointment was officially announced, Phalen said he had been nominated to the Science Advisory Board by the U.S. Chamber of Commerce. A chamber spokeswoman did not respond this morning to a request for comment.