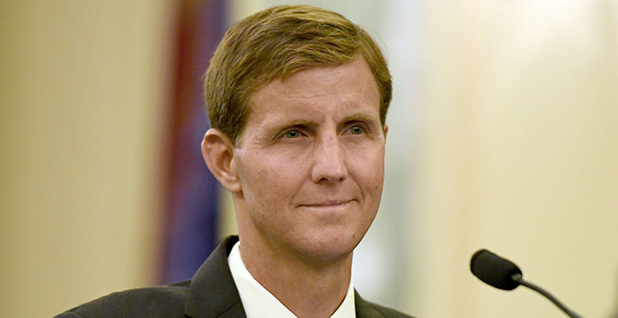 President Trump has never had a briefing about climate change by the nation’s leading science agency, the acting NOAA administrator said yesterday. Nor has the White House requested one.

The revelation follows a series of recent comments by the president that contradict scientists’ assertions that humans are raising temperatures on Earth by burning fossil fuels. It also comes as scientists express increasingly stark warnings about the effects of climate change. Gallaudet was attending the American Geophysical Union’s annual conference yesterday to help unveil an Arctic report card that warns of accelerating transformations to the region and its species.

The administration, for its part, has ignored its own scientists. Trump has said he doesn’t "believe" the latest version of the National Climate Assessment, released last month.

The annual meeting of the American Geophysical Union, one of the nation’s largest science organizations, has brought more than 20,000 scientists to Washington. They will spend the week giving presentations on the latest research in their fields, including carbon cycles, geoengineering and rising sea levels.

Gallaudet’s answers came during a session on the 13th annual Arctic report card. The report paints a severe portrait of a region transformed by climate change. Harmful algal blooms have migrated north and disrupted food supplies, the oldest Arctic sea ice has declined 95 percent, and the population of caribou and reindeer has been cut in half. The report shows that the Arctic has set all-time temperature records in each of the last five years. There’s also increasing evidence that transformations happening in the Arctic could affect weather in the Lower 48 states.

Gallaudet said the region’s changes "offer challenges and opportunities." He said understanding the Arctic and its ocean is "essential for national security." The United States needs to adapt to the changes that have been observed, he said.

Gallaudet said the White House has not interfered with NOAA’s climate work. Meanwhile, the administration has repeatedly proposed funding cuts for climate science at NOAA and other federal agencies, only to be rejected by Congress.

"As to whether or not it’s man-made and whether or not the effects that you’re talking about are there, I don’t see it," Trump told The Washington Post after the climate assessment was released.