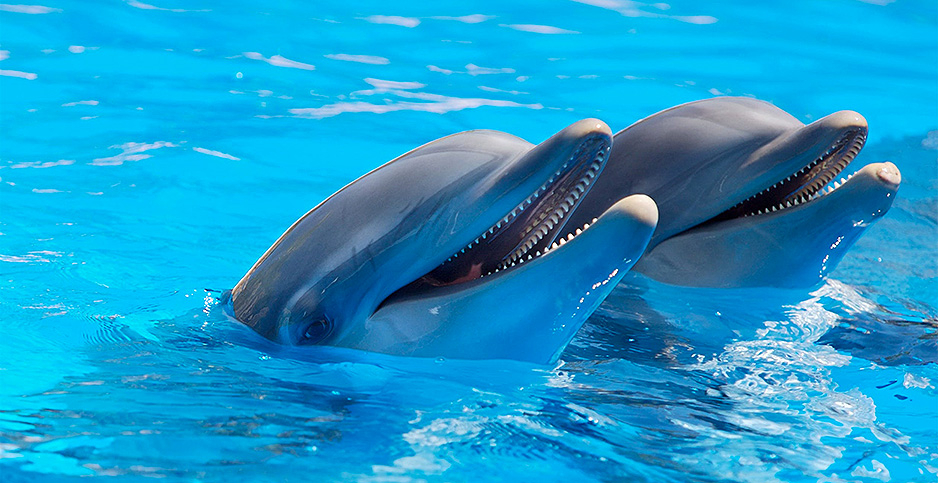 Scientists are developing coronavirus tests for marine mammals and say the research could ultimately benefit humans.

"We know that dolphins and whales do get coronaviruses, but we don’t know if they’re susceptible to COVID-19 specifically," said Tracy Romano, a neuroimmunologist who’s leading a team of scientists at Mystic Aquarium in Stonington, Conn. "We’re hoping to find that out but also learn more about coronaviruses in general and what pathogens impact whales."

The scientists in Connecticut and Massachusetts also plan to test seals and sea turtles.

In an interview, Romano said researchers want to answer a key question: "Is there something unique in their immune system that might enable them to fight off pathogens that could contribute to human medicine as well?"

The project is an example of the scientific research that’s still underway as the nation reels from the coronavirus pandemic, which has killed more than 100,000 Americans.

At NOAA, scientists at laboratories in Maryland and Colorado are investigating how a reduction in vehicle traffic, air travel, shipping and manufacturing is affecting the oceans and atmosphere.

Some researchers are trying to assess how marine life is affected by reduced underwater noise levels, while others are watching to see whether a drop in flights has reduced the amount of high cirrus clouds and whether there are changes in the amount of solar energy hitting the surface.

"Our past work has prepared us to investigate these unprecedented times," said Craig McLean, assistant NOAA administrator for oceanic and atmospheric research.

The coronavirus testing project will expand an existing study of zoonotic viruses under a partnership between Mystic Aquarium, a nonprofit research institution, and the Cummings School of Veterinary Medicine at Tufts University in North Grafton, Mass.

Jonathan Runstadler, a professor and virologist at the veterinary school, said the current study has focused on domestic and agricultural animals and that the addition of marine mammals could "build our knowledge for what a dangerous virus looks like."

Romano said whales are "sentinels of the sea" that serve as a key indicator of environmental health. She said the new research will involve roughly 10 people, including researchers, a team of veterinarians and animal husbandry personnel, but she said it’s still uncertain how many animals may be involved.

"If I had to take a guess, I would say for wild animals anywhere from 60 to 100 in the first year," Romano said.

Allison Tuttle, a veterinary scientist at Mystic Aquarium, said there has been evidence in the past of coronaviruses affecting marine mammals, including instances of pneumonia in seals in California, bacterial infections in seals along the Atlantic Coast and hepatitis in beluga whales. She said scientists need "a robust database to create baselines" to measure how pathogens emerge.

Mystic Aquarium already runs an animal rescue program that allows researchers to test stranded or injured seals and other marine mammals for influenza. Scientists also conduct necropsies on the animals to find any signs of pathogens and to determine the cause of death.

As part of its prior work, the aquarium has a collection of blood, breath and saliva samples from marine mammals. Romano said there are a variety of ways to test the animals, including oral, blowhole and rectal swabs.

"Part of the research is figuring out the best methods for collections and where it’s best to take the samples," she said.

Officials at the aquarium said the project will not use any human tests or decrease the number of kits available to diagnose COVID-19, the disease caused by the new coronavirus, in the general public.

While much research has continued throughout the pandemic, NOAA has experienced disruptions.

Citing "uncertainties" created by the pandemic, the agency last week said it had taken an unprecedented step in canceling five of its six large-scale research surveys that had been planned this year in federal waters off the Alaska coast.

"This was a difficult decision for the agency as we strive to meet our core mission responsibilities while balancing the realities and impacts of the current health crisis," NOAA said in a statement.

Earlier the agency said the grounding of many commercial flights had reduced meteorological readings collected by U.S. aircraft and could affect weather forecasting and climate monitoring (Greenwire, April 8).

In addition, NOAA officials said last month that six of its ships and three aircraft were directed to return to agency facilities.