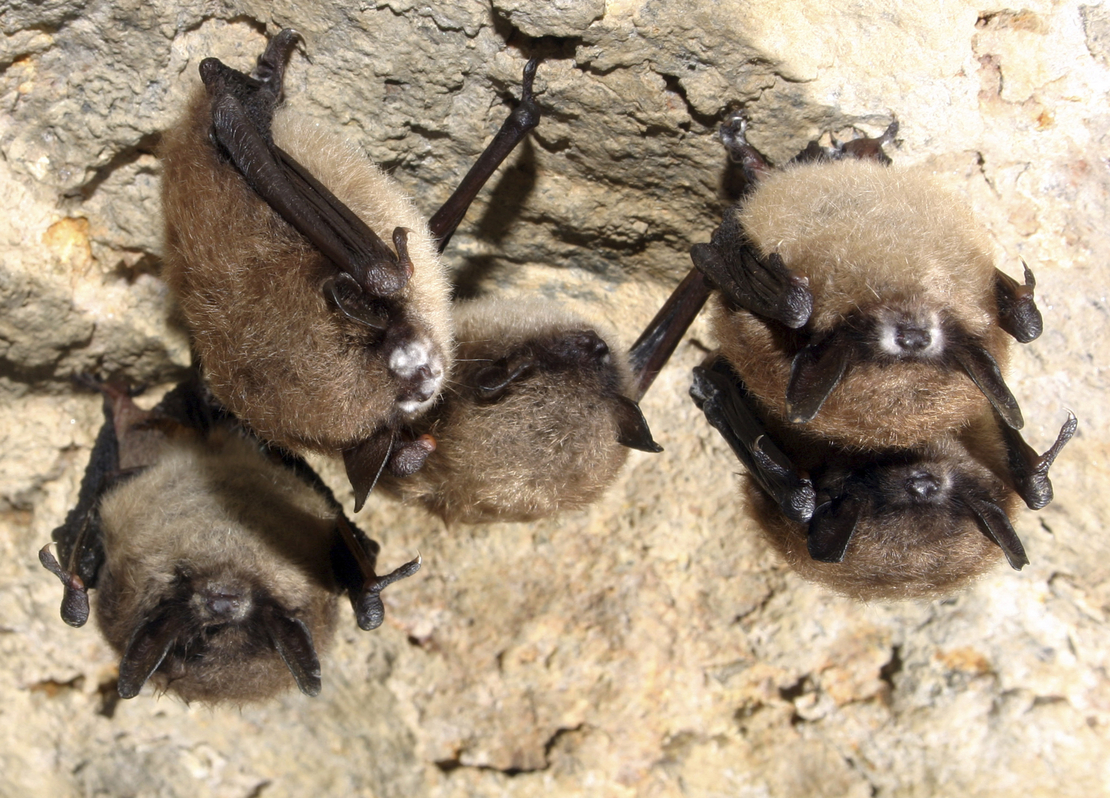 Federal agencies and their allies are reinforcing the fight against the scary and, yes, tricky disease that’s been wiping out bat populations.

In this month of Halloween, the Fish and Wildlife Service is offering grant treats of between $50,000 and $300,000 to scientists researching what the agency calls “biotechnological tools” that might combat white-nose syndrome.

All told, FWS will provide $1.5 million in this newest round of grant funding, which comes at a seemingly propitious time.

“In short, I would describe the current status of WNS research as promising,” Jeremy Coleman, the agency’s national white-nose syndrome coordinator, told E&E News today, noting that “there are a few different tools in field trials now across multiple states.”

These potential tools, Coleman added, include vaccines, probiotics, microclimate manipulation and ultraviolet light, while the new funding could “advance development of biotech-based tools targeting the fungus for more enduring solutions.”

Pitching in, the National Fish and Wildlife Foundation last week announced $478,000 in grants to address the disease and promote bat survival.

“White-nose syndrome is a challenge that requires novel and innovative strategies to improve survival and recovery of North American bat species,” said Jeff Trandahl, executive director and CEO of the National Fish and Wildlife Foundation.

Caused by a soil-based fungus named Pseudogymnoascus destructans, white-nose syndrome was discovered in New York in the winter of 2006-2007. Since then, it’s been responsible for the deaths of millions of bats (Greenwire, July 17, 2017).

The fungus invades the skin of bats. Infection leads to bats waking up more — and for longer periods of time — during hibernation and eventual depletion of the fat reserves they need to survive winter.

Underscoring the dangers, FWS last March proposed that the northern long-eared bat requires heightened federal protection as an endangered species. The move acknowledges a deterioration in the condition of the bat, which was designated a threatened species in 2015.

A lawsuit filed by environmentalists subsequently compelled the federal agency to reconsider the status of the species (Greenwire, April 1, 2015).

“There is no known mitigation or treatment strategy to slow the spread of [the fungus] or to treat WNS in bats,” FWS said, adding that white-nose syndrome has “caused estimated northern long-eared bat population declines of 97–100 percent across 79 percent of the species’ range.”

As of August, white-nose syndrome has been confirmed or suspected in bats in 39 states and eight Canadian provinces. Evidence of the fungus, called Pd for short, has been detected in at least four additional states without signs of the disease.

The new grants provided through the National Fish and Wildlife Foundation’s Bats for the Future will fund efforts at Southern Illinois University to investigate how the Pd fungus invades the host bats’ tissue. Another grant to Michigan Technological University will test two methods to create cooler temperatures in bat hibernacula — the places they hang out in — to slow the growth of the fungus.

A third grant to Bat Conservation International will develop a novel tool designed to target and disable key cellular functions in the fungus.

The Bats for the Future Fund is a partnership of the National Fish and Wildlife Foundation, FWS, the Bureau of Land Management, the Avangrid Foundation and Southern Co.

Another angle is being pursued in Montana, where ultrasonic microphones have been placed at the top of 10-foot poles to record echo-locating bats from sunset to sunrise. The high frequency recordings are used to identify the bat species.

Scientists from the U.S. Geological Survey’s Northern Rocky Mountain Science Center are working with Montana Fish, Wildlife and Parks counterparts to analyze the acoustical data and assessing the impacts of white-nose syndrome on Montana bat populations.