Sea levels may rise a foot by 2050, NOAA predicts 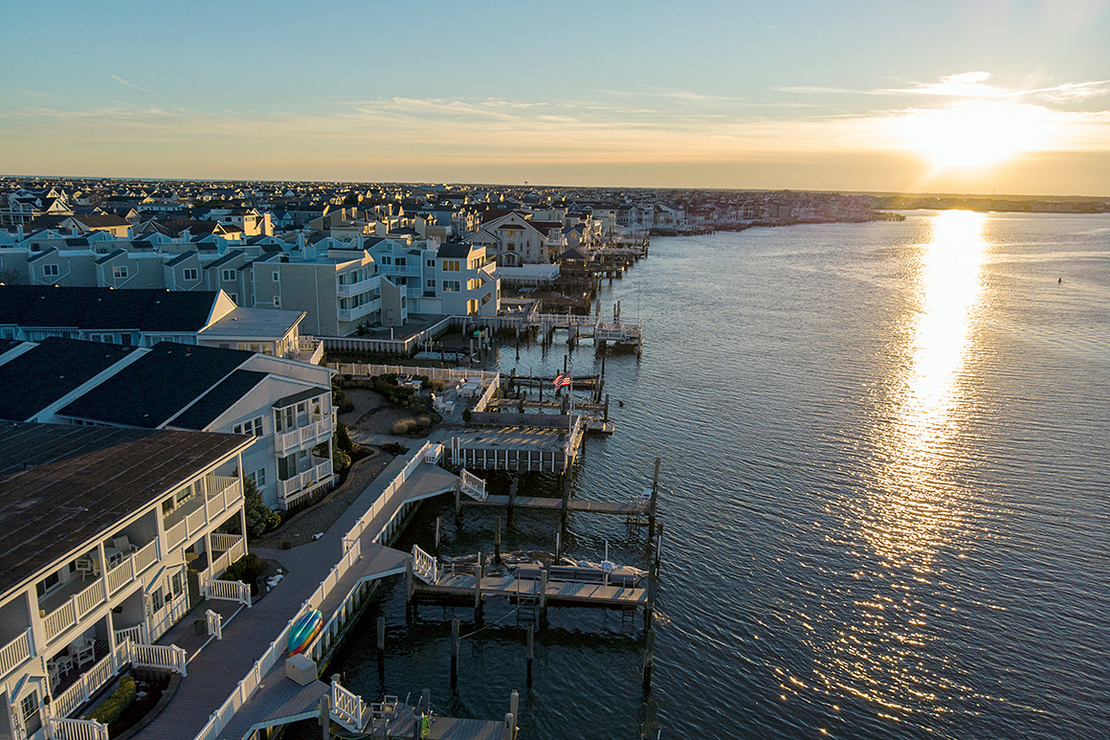 A view of tourist town Ocean City, N.J., which is dealing with the costs of rising sea levels, both in monetary terms and in the disruption of recurring flooding. The barrier island has the ocean on one side and a bay on the other. Ted Shaffrey/AP Photo

Sea levels along U.S. coastlines will rise by a projected 10 to 12 inches on average by 2050, equal to the amount over the last century, federal officials said in a NOAA-led report released today.

The report set off immediate alarms for the Biden administration, with NOAA Administrator Rick Spinrad calling it “a global wake-up call.”

The report, which included work by NOAA and half a dozen other federal agencies and several academic institutions, called sea-level rise driven by climate change “a clear and present risk to the United States today and for the coming decades and centuries.”

“On average, the United States experienced upwards of a foot over the last 100 years, and that’s expected to occur — the same amount — in the next 30, so that’s the bottom line,” William Sweet, an oceanographer with NOAA’s National Ocean Service and a co-lead author of the report, said in an interview.

McCarthy said the new report shows the need for the U.S. to “redouble our efforts to cut the greenhouse gases that cause climate change while at the same time help our coastal communities become more resilient in the face of rising seas.”

But scientists warned that sea levels will continue to rise due to warming that has already occurred, even if mitigation strategies succeed in lowering surface air temperatures in the coming decades.

And with tens of millions of Americans already living in areas at risk of flooding and more moving to the coasts each year, the report warned: “The net result will be a dramatic increase in the exposure and vulnerability of this growing population, as well as the critical infrastructure related to transportation, water, energy, trade, military readiness, and coastal ecosystems and the supporting services they provide.”

NOAA officials said the rising sea levels “will create a profound increase in the frequency of coastal flooding, even in the absence of storms or heavy rainfall.”

“By 2050, moderate flooding — which is typically disruptive and damaging by today’s weather, sea level and infrastructure standards — is expected to occur more than 10 times as often as it does today,” said Nicole LeBoeuf, director of the National Ocean Service. “These numbers mean a change from a single event every two to five years to multiple events each year in some places.”

Overall, Sweet said, a team of 23 co-authors worked for roughly a year to produce the report, which they called “The Sea Level Rise Technical Report.” The report, a product of the interagency Sea Level Rise and Coastal Flood Hazard Scenarios and Tools Task Force, involved scientists and others at NOAA, NASA, EPA, the U.S. Geological Survey, the Defense Department, the Federal Emergency Management Agency and the Army Corps of Engineers.

While the report projected an overall average increase of 10 to 12 inches in sea-level rise by 2050, scientists said the amounts will vary by region, mainly because of land height changes. The report said sea-level rise will be higher along the East and Gulf coasts compared with the West and Hawaiian coasts.

“Decades ago, powerful storms were what typically caused coastal flooding,” the report said, noting that has now changed due to rising sea levels: “Even today’s common wind events and seasonal high tides are already regularly flooding communities, and they will do so to an ever greater extent in the next few decades, affecting homes and businesses, overloading stormwater and wastewater systems, infiltrating coastal groundwater aquifers with saltwater, and stressing coastal wetlands and estuarine ecosystems.”

Ben Hamlington, the sea-level change team lead for NASA’s Jet Propulsion Laboratory and the other co-lead author of the report, said the projected sea-level rise varies along U.S. coastlines “due to a combination of processes, including ocean dynamics and subsidence.”

“While states and cities along the coastlines of the Gulf of Mexico have the highest projected sea level rise, the other coastlines are expected to track near or above the global average,” he said in an email. “This is going to drive increases in amount of flooding we are currently seeing across the entire U.S. in the coming decades.”

NASA Administrator Bill Nelson, a former Democratic senator from Florida, said the report confirms previous studies that have shown sea levels rising “at an alarming rate” across the world.

“Science is indisputable and urgent action is required to mitigate a climate crisis that is well underway,” he said.

Spinrad expressed hope that the updated data will help coastal communities and others understand the “current and future vulnerabilities in the face of climate change and help them make smart decisions to keep people and property safe over the long run.”

NOAA said the public can access the new data through a set of tools, including the agency’s Sea Level Rise Viewer.

Officials from NOAA and NASA planned to officially release the report at 1 p.m. today at a virtual media briefing featuring Spinrad, Nelson, LeBoeuf and the report’s two co-lead authors.