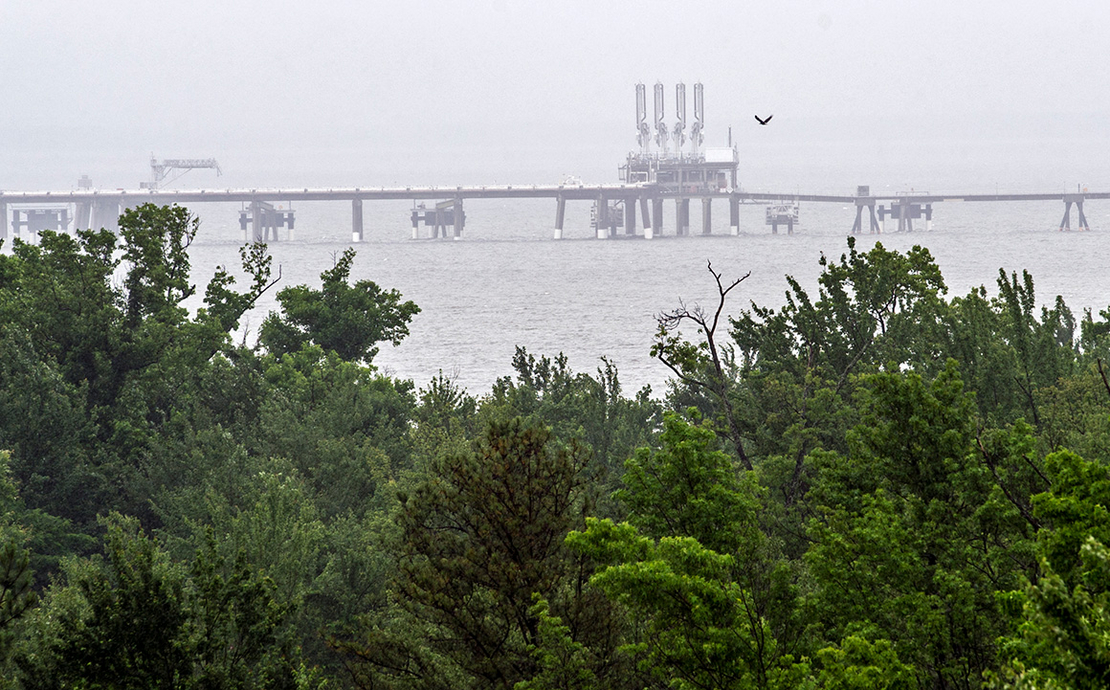 At issue was a resolution from an environmental activist named Freeda Cathcart that called on Dominion to describe “how it is responding to the risk of stranded assets of planned natural gas based infrastructure and assets as the global response to climate change intensifies.”

Despite objections from Dominion, the Securities and Exchange Commission will allow the utility’s shareholders to vote on the proposal at the company’s next annual meeting.

That setback for Dominion’s management could help force a strategic rethink at the utility, which has an electric-generating fleet dominated by gas‐fired power plants. Dominion is also facing another climate-related shareholder proposal at its meeting on May 11.

Dominion has increased its reliance on gas in recent years as the utility seeks to shut down its fleet of coal-fired power plants and reduce the company’s contribution to global warming.

Natural gas emits less planet-warming carbon dioxide than coal when burned to create electricity. But the climate benefits of gas are limited by leaks of methane, another greenhouse gas that traps far more heat than carbon dioxide.

Lawyers for Dominion in January asked the SEC for permission to block Cathcart’s proposal from receiving a vote at the company’s annual shareholder meeting, saying that “it has been substantially implemented by the Company” through other climate change-related disclosures.

Dominion’s attorney also noted that the SEC had found that argument persuasive in rejecting a similar stranded asset proposal in 2020.

But several things have changed between then and now, Cathcart countered in February.

There has been growing concern from state, federal and international policymakers about the harm to the climate from leaking gas infrastructure, she wrote. The costs of grid-scale energy storage — a potentially emission-free alternative to gas — have also continued to fall.

Despite that experience, she added, Dominion is supporting the construction of the similarly controversial Mountain Valley pipeline (Energywire, Feb. 14).

Cathcart was arrested in 2018 for illegally accessing a site near the planned route of the Mountain Valley pipeline, according to the Associated Press. She pleaded guilty to violating a closure order, was fined $150 and was removed from her position on the Virginia Board of Pharmacy.

At Dominion’s shareholder meeting, investors will have a chance to vote on her proposal and another one asking the company to adopt medium-term targets for its Scope 3 emissions, or the greenhouse gases associated with the use of its electricity. Dominion has vowed to remove more greenhouse gases from the atmosphere than it emits by 2050.

In the past decade, oil major Exxon Mobil Corp. and electric utility giant Southern Co. have both faced shareholder votes on the risk of stranded assets. Nearly 30 percent of Southern investors voted in favor of a coal-focused resolution in 2016. The stranded asset proposals at Exxon in 2016 and 2017 both attracted the support of less than 5 percent of shareholders.

But experts on shareholder activism think Cathcart’s stranded asset proposal has the potential to win a majority of support from Dominion investors.

“The time is ripe for shareholder resolutions to gain traction on the issue of stranded assets both from the economic perspective and the climate change perspective,” said Cynthia Clark, a professor of management at Bentley University. “I’d give it a better than fair chance to succeed.”