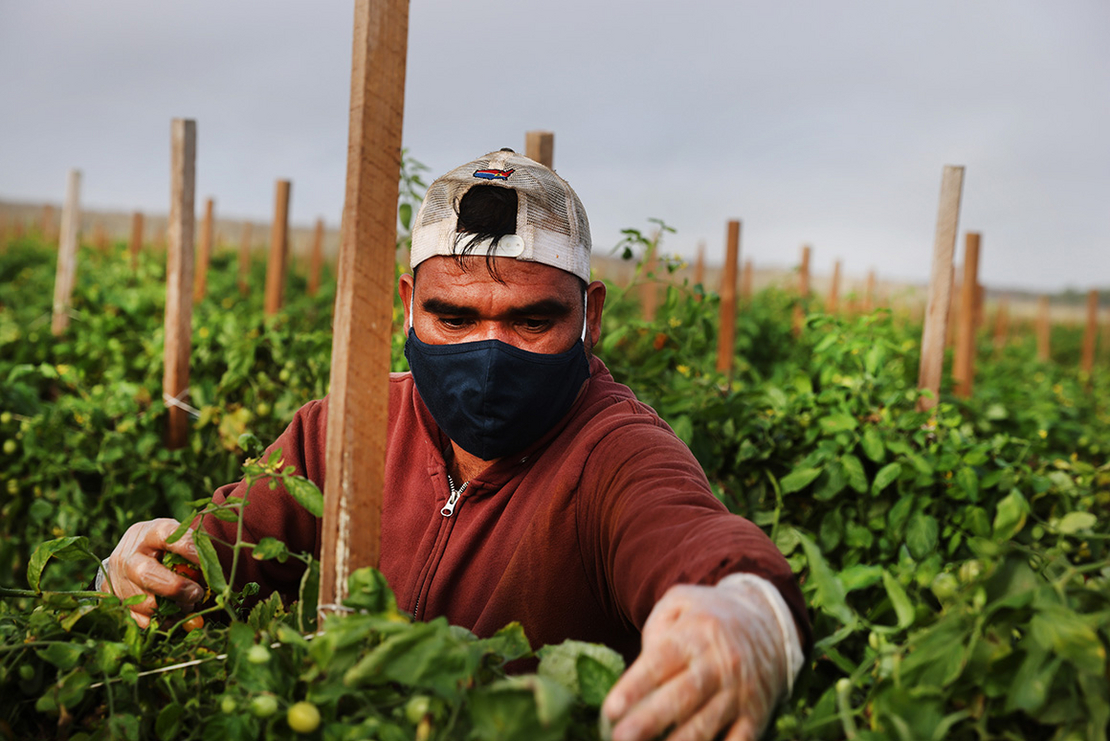 The Securities and Exchange Commission’s proposal to require publicly listed companies to disclose their climate-related risks has unleashed pushback from critics who say the agency is overstepping its bounds.

But in recent weeks the debate has intensified around one issue in particular: the extent to which the SEC’s draft climate disclosure rules would affect smaller businesses that are embedded in public companies’ supply chains — but aren’t actually regulated by the SEC.

It’s a concern increasingly highlighted by business groups, Republican lawmakers and conservative organizations in response to the SEC’s move, which was first unveiled in March (Greenwire, March 21).

Since then, opponents have argued in comment letters to the SEC and other forums that, as currently written, the proposal would compel publicly listed companies to demand greenhouse gas data or other related information from their suppliers. That in turn, they argue, could have a major impact on companies such as small family farms that likely do not have the resources necessary to comply.

Progressives, sustainable finance proponents and some finance experts disagree. They say the SEC specifically tailored the rules to target large public companies — many of which already voluntarily disclose climate-related information — and that private businesses likely would see little to no impact, at least in the near term.

“I really think that those concerns are not just overstated. I think they sort of misperceive the proposal and the way that companies can report” this information, said Kristina Wyatt, senior vice president of global regulatory disclosure at Persefoni, a carbon accounting startup (Climatewire, April 7).

That’s the case because under the SEC’s proposal, it’s “perfectly permissible for companies to use methods that don’t require them to go directly to their suppliers to get the actual emissions data,” added Wyatt, who recently served as a senior counsel for climate and environmental, social and governance (ESG) at the SEC.

The debate hinges in large part on one provision included in the agency’s nearly 500 page draft rule — the disclosure of a company’s Scope 3 emissions, or the planet-warming emissions that are produced by their suppliers, customers and more.

The SEC in its proposal says companies must calculate and disclose those emissions if they are “material” to their business or if they’ve set a climate target that includes Scope 3 emissions. It’s a major task that entails calculating the climate impact associated with business activities that reporting companies don’t have direct control over.

The SEC in turn included several provisions to simplify that step.

Among them: giving companies an additional year to disclose their Scope 3 emissions and making it clear that it would be appropriate and necessary for companies to “rely heavily” on estimates and assumptions for those calculations. Further, the SEC said companies wouldn’t be subject to liability for that piece of their disclosures, due to data gaps and evolving carbon accounting methodologies.

The agency said it recognizes that reporting Scope 3 emissions may be more complex than disclosing emissions from companies’ operations and electricity use. “But in light of the fact that a GHG emissions reporting regime may be incomplete without the reporting of Scope 3 emissions,” the SEC added, “we are proposing to include them, with an appropriate transition period and safe harbor, at the outset.”

The decision has fueled opposition from critics including the American Farm Bureau Federation, a growing list of Republican lawmakers, the Heritage Foundation and the National Federation of Independent Business, a trade group that represents small companies. They say Scope 3 disclosure is inappropriate because it would be burdensome not just for companies that are regulated by the agency but also those that are not.

Why? Because as public companies prepare to comply with the SEC’s measures regarding Scope 3 emissions, they may in turn ask their suppliers to calculate and disclose their own greenhouse gas emissions. In the case of small businesses such as family farms, which do not have “teams of compliance officers,” that could pose major financial and legal burdens, according to the Farm Bureau.

“The rule could have meaningful consequences for farmers’ and ranchers’ ability to produce food, fuel and fiber for the U.S. and the globe and puts in jeopardy the security and stability of the U.S. supply chain,” the lobbying group wrote in a post on its website.

The NFIB, for its part, said in a comment letter to the SEC that “unlike larger businesses, small and independent businesses cannot afford the experts, accountants, and lawyers needed to comply with complex government reporting regimes.”

Galina Hale, an economics professor at the University of California, Santa Cruz, who studies sustainability and the financial system, said in an interview that it is important to consider how the rules could affect small businesses and that those companies could see some impacts down the line.

But in practice, she argued, it’s not likely that reporting companies will rely heavily on their smallest suppliers to comply with the SEC’s requirements. That’s the case in large part because there are existing methodologies that help companies calculate their Scope 3 emissions based on industry averages and so-called emissions factors, without contacting every one of their business partners.

While those estimations may not be perfect, Hale said, they do provide investors and regulators with valuable insight into companies’ entire carbon footprints — much of which often resides in sprawling supply chains.

“If I was a very large SEC company that needs to report Scope 3, I would not expect all my tiny little suppliers to have accurate measures of their emissions. I would either have a top-down model based on national [or] regional averages, or I would hire a consultant who would kind of do that for me,” said Hale, who formerly served as an economist at the Federal Reserve Bank of San Francisco.

“It’s just going to be too costly to expect the suppliers to provide that information,” she added.

Wyatt, of Persefoni, agreed. She argued that rather than seek out emissions data or other information from hundreds of family farms or other small suppliers — which likely make up a small chunk of a given company’s carbon footprint anyway — it’s more likely companies either would rely on estimations or seek out data from their largest and most carbon intensive suppliers.

“If I’m a food manufacturer and I am sourcing products from farmers, I would think the first place I would go would be those very large producers,” Wyatt said. As an example, she cited Cargill Inc., a global food corporation that is privately held but is still a major company.

“First get an understanding of your broad footprint, and if you only have industry averages, that’s fine,” she added. “But then also look at where your largest suppliers are or look at where your greatest concentration of emissions is and target those.”

She said critics’ concerns carry weight because companies inevitably will take varying approaches to assessing not only their emissions but also their overall exposure to extreme weather events, including in their supply chains.

“I think that’s another area where large public companies will have to be asking questions of their suppliers,” Peloso said. “In both of those instances, you’re dealing with potential requests for types of information and climate analysis that smaller and private companies are less likely to have conducted to date.”

“It is absolutely a potential issue,” she added.

It’s too soon to say how the SEC will respond to the pushback on this topic, among others. But Peloso said the agency’s key challenge moving forward will be striking a balance between ensuring companies can practically comply with the proposal and ensuring the final rule would yield a complete picture of climate risks and impacts, which would inevitably include business activities that take place both in private markets and across international markets.

“It’s really going to be a question of how the commission balances those competing concerns,” Peloso said.

The public has until June 17 to submit comments on the proposed rule. The SEC declined to comment. The Farm Bureau and NFIB did not respond to requests for comment.