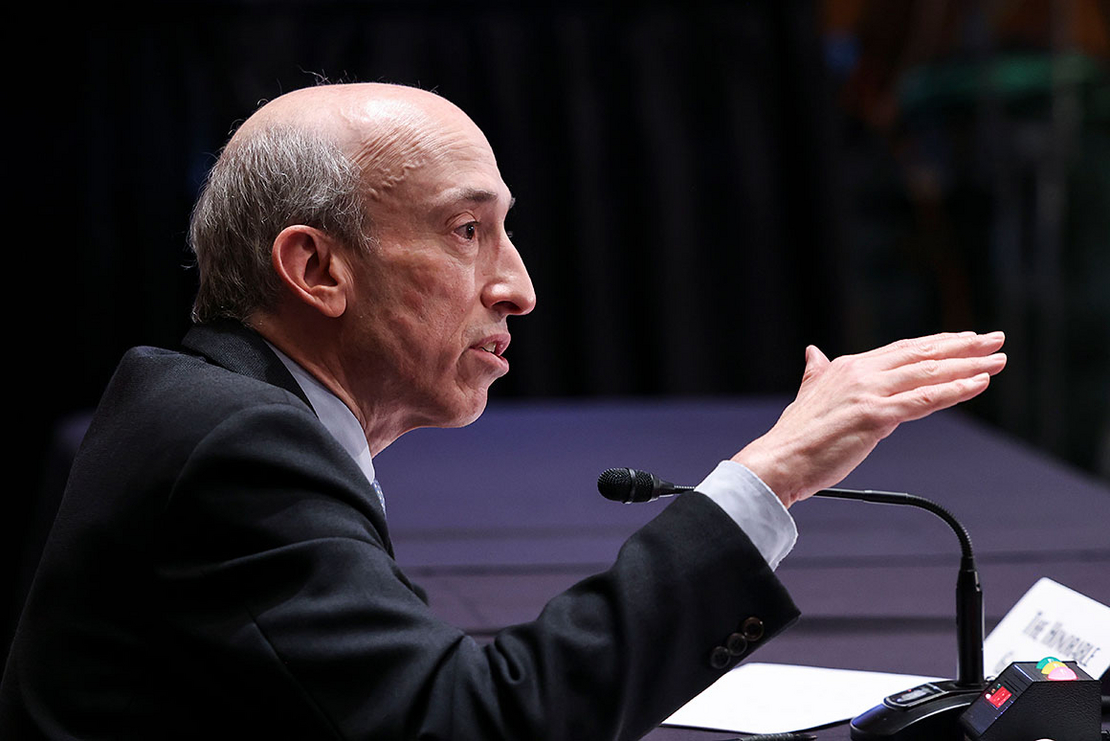 The Securities and Exchange Commission has started to put more pressure on publicly listed companies to say more about how climate change affects their business.

The agency in recent weeks has sent letters to businesses regarding the climate-related data they included — or did not include — in their most recent 10-K filings.

That’s according to corporate governance attorneys with the law firm Gibson Dunn, who reviewed a number of the documents and discussed them with E&E News.

The firm has observed a “substantial uptick” in climate-related comment letters of this nature, said James Moloney, a partner at Gibson Dunn who used to work at the SEC.

He said that trend is significant because it marks a notable departure from the “meager” number of climate-related comment letters the SEC has sent to companies over the last decade.

The letters differ depending on the company.

But generally, Moloney said, they prod companies to submit additional information about the risks they face from the clean energy transition, impending environmental regulation and mounting climate impacts — as well as the extent to which they include those risks in their financial disclosures.

Notably, the SEC’s Division of Corporation Finance has sent letters to companies in a range of sectors, including those that aren’t particularly carbon intensive.

“When you start seeing [letters] with very similar comments being applied to different companies in different industry groups … [it means] this is not just one or a few people putting these letters out. This is just part of a commission- or corporation finance-wide” effort, Moloney said.

“It’s probably in its infant stages now, it’s probably not a sweep yet, but I would suspect by the end of the year you will hear about triple digit — 300 to maybe 500 letters — going to companies. Because this is sort of a wake-up call, if you will, is what they’re signaling. And also a data-gathering exercise," Moloney added.

It doesn’t come as a surprise that the agency has started to pressure companies on the issue. SEC Chair Gary Gensler has made it clear since he took office in April that climate risk is among his top priorities and that the agency under his leadership would develop rules to ensure companies provide more robust and consistent climate information.

The eventual rulemaking would serve as an update to the agency’s existing climate-related guidance — which was released over a decade ago and most agree was never actively implemented or enforced.

The recent comment letters are “essentially the SEC more dutifully enforcing the 2010 climate disclosure guidance that it has [had] over the last decade,” said Gregg Gelzinis, an associate director at the left-leaning Center for American Progress.

But it’s also notable, Gelzinis added in an email, that the agency is “following through on its commitment and taking action even before the new disclosure rule making is advanced.”

The agency did not respond to questions from E&E News about when the agency began issuing the comment letters, which industries have received them or whether companies would be asked to update their most recent 10-Ks with relevant information.

But late yesterday afternoon, the SEC posted to its website an example of a letter the agency might send to a company regarding the climate-related information it embedded — or failed to embed — in recent securities filings.

The sample letter touched on a range of issues, including the possibility that some companies include more exhaustive disclosure of climate-related risks and efforts in their voluntary sustainability reports than they do in their required filings, which are subject to more legal and regulatory scrutiny. The letter asks the unnamed company to provide information about the extent to which they considered providing the same information in both voluntary and required documents.

Thomas Lee Hazen, a law professor at the University of North Carolina who focuses on securities law and regulatory compliance, said that approach makes sense given the boom in voluntary sustainability reports that companies release each year to satisfy investors that are increasingly focused on social and environmental issues.

"I don’t know the exact number, but I believe the vast majority of publicly held companies, at least the larger companies, the ones traded on the securities exchanges, are likely to be making some sort of environmental disclosure," Hazen said.

"So that in essence opens the Pandora’s box," he added. "Once you make a voluntary disclosure … that’s when the SEC will look at it and say, ‘Well, now you’ve disclosed this, we think you need to add something or expand it.’"

The letter provided by the agency also prodded the unnamed company to disclose whether it could face climate-related litigation, risks from physical climate impacts — such as extreme weather events — or losses associated with looming international efforts to curb carbon emissions.

In Moloney’s eyes, the SEC staff’s quest is simple: They’re “trying to get an insight into how the cake is baked.”

“The comments are not specifically saying that you have to put more in, or less. They’re not saying that what anybody did is right, wrong or indifferent,” he said. “They’re just lifting the hood and asking the question as to why is there this much disclosure here and maybe not as much over there.”