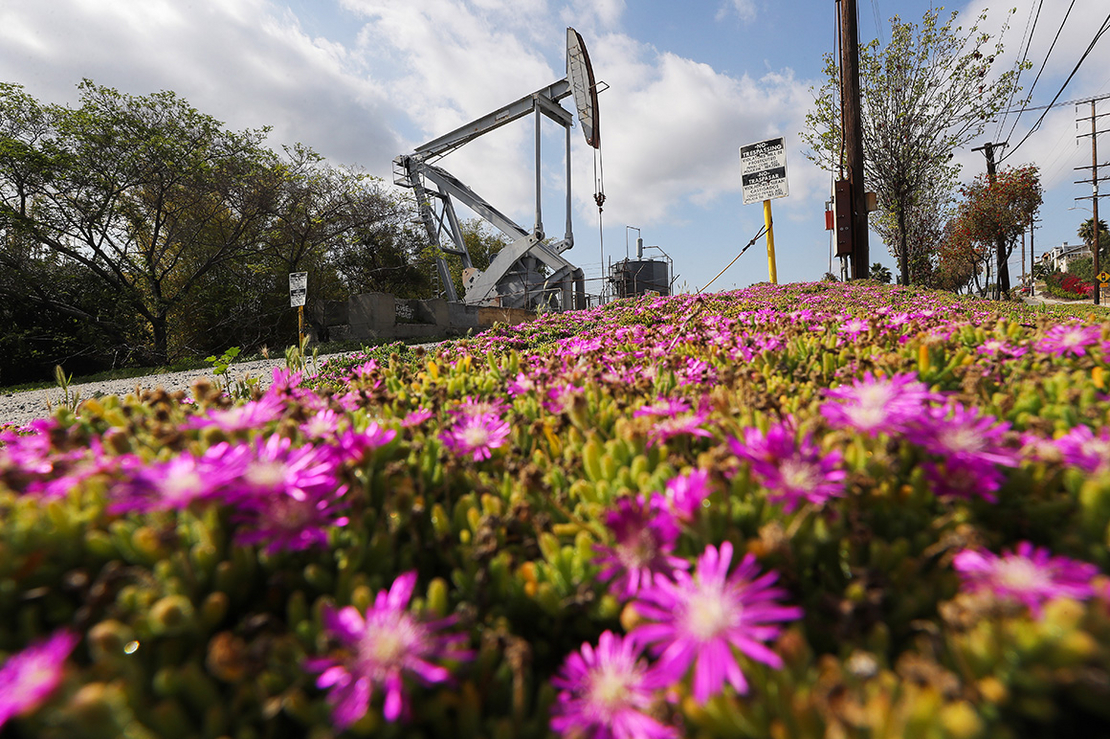 An oil pumpjack stands idle as flowers grow in Signal Hill, Calif. Major U.S. companies would be required to disclose their climate contributions and vulnerabilities under a proposed rule advanced yesterday by the Securities and Exchange Commission. AP Photo/Elaine Thompson, File

The Securities and Exchange Commission broke new ground yesterday when it unveiled a 510-page rulebook that, if finalized, would force companies to provide investors with more information to help them better account for the economic realities of a warming world.

The SEC’s proposed climate disclosure rules touch everything from corporate emissions goals to long-term climate strategies. But in the immediate aftermath of the rule’s release, groups on all sides of the issue were grappling with one element in particular — the agency’s treatment of Scope 3 emissions, or the carbon output associated with a company’s customers and suppliers.

The SEC added Scope 3 emissions to its climate disclosure rulebook, but with some substantial caveats — in a nod to the controversy surrounding the issue.

For many companies, a major portion of their carbon footprint is associated with their supply chains and the people who purchase and use their products and services. Which is why green groups, sustainable finance proponents and the SEC’s Democratic members say it’s critical to make public some companies’ Scope 3 emissions. The idea is to ensure investors are fully aware of companies’ vulnerabilities to the clean energy transition.

The SEC exemplified the automobile industry, noting that the “vast majority of car manufacturers’” emissions come from their customers’ tailpipes rather than car manufacturing itself. The proposal says investors could use Scope 3 emissions data to assess whether a particular company is actively working to ensure it will stay in business amid the clean energy transition by, for instance, increasing production of electric vehicles.

Not everyone agrees. Republicans and some business groups have strongly opposed the inclusion of Scope 3 emissions in the rules. They say companies in many cases have no direct control over the carbon output of their suppliers and customers, that a company’s indirect emissions in many cases do not have major financial implications and that Scope 3 requirements would be overly burdensome.

The SEC’s sole Republican, Commissioner Hester Peirce, made that argument yesterday. She said a company’s “long-term financial value is only tenuously, at best, connected to such third-party emissions.” Peirce was the only commissioner at the four-person commission who voted against the proposal.

So where did the SEC land? On the safe side, some observers say.

“I think that the SEC was incredibly sympathetic to the concerns that were raised,” said Isabel Munilla, who directs U.S. financial regulation at Ceres, an environmental nonprofit. “This is very measured, balanced and extremely reasonable.”

The proposal said all public companies — regardless of size — would, in the coming years, be required to report their direct greenhouse gas emissions, as well as the carbon output associated with their purchased electricity. Those are also known as Scope 1 and 2 emissions, and under the rule they would be subject to review by third-party groups, including auditors.

But on Scope 3 specifically, just two types of companies would be required to divulge those numbers.

It’s the rule surrounding the first type that worry many progressives.

They say a “materiality standard” is too broad and that it creates a loophole for major, climate-polluting companies to avoid transparency by claiming their Scope 3 emissions aren’t financially important.

That isn’t the only caveat.

Elliot Staffin, who serves as special counsel at the SEC, said yesterday on a call with reporters that SEC staff made those recommendations in “recognition of the fact that a registrant may face greater challenges when collecting data for and disclosing Scope 3 emissions, compared to Scope 1 and 2 emissions,” among other obstacles.

The rule does make a strong case that Scope 3 emissions are material for a lot of companies and sectors, including oil and gas. But progressives are preparing to push the agency to strengthen the rule during the public comment period, which could last up to 60 days.

Alex Martin, a senior policy analyst at Americans for Financial Reform, said Scope 3 information is “one of the most important areas” his organization and others will push the agency to strengthen.

He pointed to the SEC’s existing climate disclosure guidance, which hasn’t been updated since 2010 and calls on companies to voluntarily report their climate-related risks, so long as they are financially material.

Other groups, including the banking industry, may push for the opposite. The Bank Policy Institute commended the agency yesterday for recognizing the need for a phased approach when it comes to Scope 3 greenhouse gas emissions disclosures — while also arguing the agency’s proposal may be “overly ambitious given persistent data gaps.”

“As a result, the SEC should proceed in a more measured and considered manner in terms of requirements for what must be included in financial filings,” Lauren Anderson, BPI’s senior vice president and associate general counsel, said in a statement.

A growing number of major lenders have made public commitments to hit net-zero emissions by 2050, a feat that would require eliminating the emissions associated with their loans to and investments in companies across the economy.

To be sure, Scope 3 disclosure isn’t the only issue at play. The rules, if finalized, also would require publicly listed companies to disclose information such as how extreme weather events and the clean energy transition might affect their business and how they are preparing for those possible outcomes.

Further, they would push companies that have set climate targets to provide more details about how they would achieve those reductions, the extent to which they would rely on carbon offsets to do so and the progress they already have made.

But Scope 3 emissions promise to be a key battle moving forward — in large part because the requirement could compel the world’s largest emitters to divulge to investors the full extent of their climate risks and responsibilities.

“The most important thing we can say about it is a majority of investors have asked for this information and asked for it on the record at the SEC,” said Munilla at Ceres. “It really provides a full view into a companies’ handling of climate risk and its understanding of its exposure, including within its supply chain.”