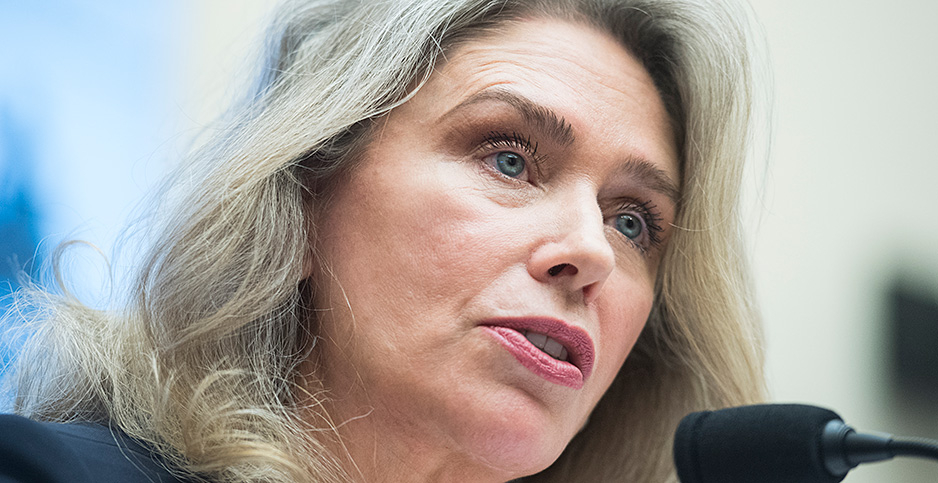 The acting head of the Securities and Exchange Commission is expanding the agency’s efforts to push public companies to be transparent about the threats they face from climate change.

Acting SEC Chair Allison Herren Lee announced yesterday that the agency’s Division of Corporation Finance will "enhance its focus" on the climate-related information companies include in their financial disclosures.

That will require that the department assess the extent to which public companies are complying with SEC’s existing climate-related reporting guidance, which hasn’t been updated since 2010. Developing a better understanding of how the market is currently managing these risks, Lee noted, will eventually help the agency begin updating its outdated policy.

Lee’s goal is to implement stronger requirements that would take into account developments that have taken place over the last decade — a time period riddled with intensifying extreme weather events, dire climate projections and rising investor concern about global warming’s economic impact.

"Now more than ever, investors are considering climate-related issues when making their investment decisions," Lee said in a statement. "It is our responsibility to ensure that they have access to material information when planning for their financial future."

The move was a long time coming.

A growing coalition of sustainable finance proponents have called on financial agencies and regulators, SEC among them, to push the corporate and finance sectors to account for climate change (Climatewire, Nov. 13, 2020).

While on the campaign trail, President Biden signaled he was open to the idea. His environmental platform indicated he would use executive action to require public companies to disclose their carbon footprints and climate risks.

Lee, who is a Democrat, has also been a vocal supporter of stricter climate disclosure. In response to questions from E&E News in September — months before she was named acting chair — Lee said SEC needed to quickly "begin a rulemaking process to develop standardized disclosure requirements that focus on the most significant risks and impacts from climate change" (Climatewire, Oct. 2, 2020).

Her move yesterday likely would not have been possible had Donald Trump been reelected in November, and if his pick to lead the SEC, Jay Clayton, an independent, had retained control.

Environmentalists and climate-conscious finance experts welcomed the announcement as a step in the right direction.

According to Lee Reiners, who directs the Duke University School of Law’s Global Financial Markets Center, the existing guidance needs updating because of the environmental changes that happened between 2010 and today.

But he also said the older version is flawed because it is "interpretive," which means it doesn’t require companies to do anything. Instead, it highlights several existing reporting requirements and notes that climate-related information might be relevant to those disclosures.

In Reiners’ eyes, suggesting that companies report their costs associated with environmental laws or litigation is drastically different than asking or requiring them to disclose their overall vulnerability to global warming.

Gary Gensler, whom Biden nominated to be his permanent SEC chair, will likely determine whether the agency ultimately forges a mandatory climate disclosure regime — or simply updates its interpretative guidance. Gensler’s confirmation hearing is scheduled for March 2.

Observers predict that Lee’s move is the first step of many to come.

"There’s a lot of work that had to be done to get us to the point where we have an opportunity to execute the agenda," said financial regulatory expert Gregg Gelzinis of the left-leaning Center for American Progress.