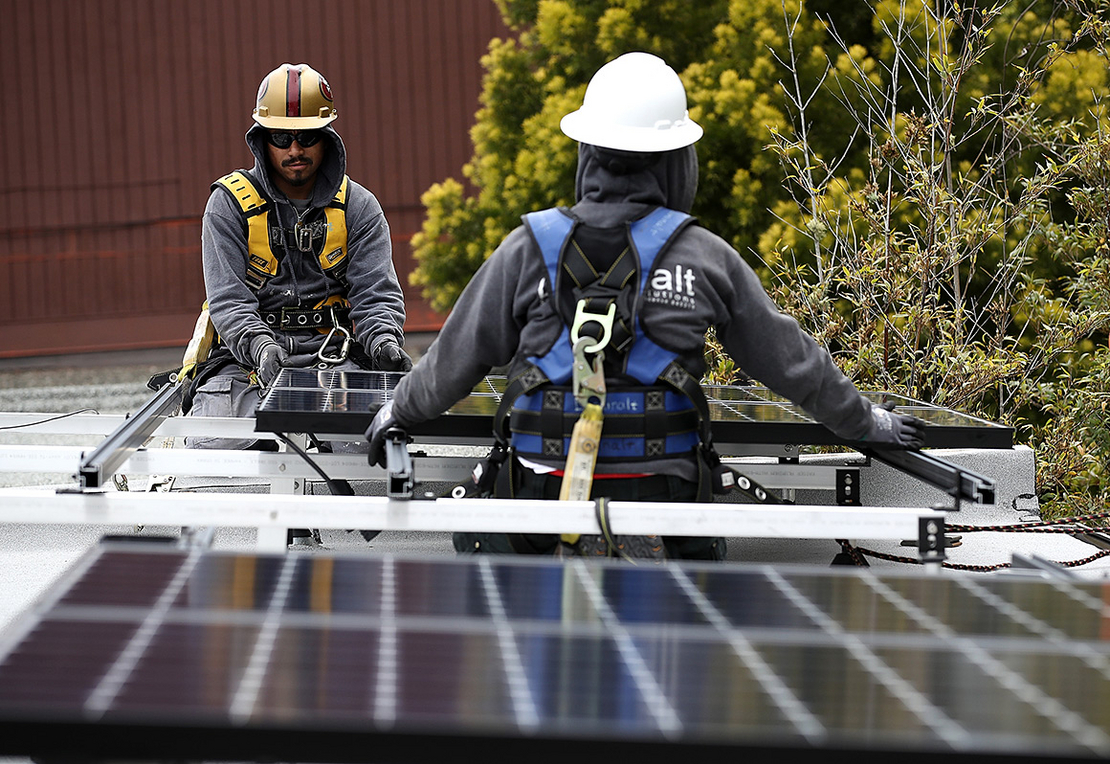 An anonymous solar coalition’s appeal to the Biden administration for new trade restrictions on Chinese-linked panels is becoming a bitter struggle that analysts say will have major implications for the broader U.S. solar industry.

The coalition, known as the American Solar Manufacturers Against Chinese Circumvention (A-SMACC), petitioned the Commerce Department in August for new tariffs on solar products originating in China and assembled in Malaysia, Vietnam or Thailand. The coalition accused nearly two dozen Chinese companies — including some of the world’s largest solar suppliers — of setting up facilities in those three Southeast Asian countries in order to export to the United States without paying existing tariffs (Energywire, Aug. 18)

But the petition was enigmatic: The group’s lawyers didn’t publicly reveal who the coalition’s members were, claiming the Chinese government would retaliate against them if they did so.

The move angered the renewable sector’s biggest trade groups, including the Solar Energy Industries Association (SEIA), which has dismissed the group’s arguments as "meritless.” The Edison Electric Institute, a dozen Democratic congresspeople, Asian diplomats and others have also urged the Commerce Department to throw out the request.

But some analysts predict the Biden administration will end up siding with the anonymous solar coalition. In a research note yesterday, analysts at ClearView Energy Partners LLC said that Commerce’s track record revealed "an inclination to granting the request" for new solar tariffs.

The Biden administration has yet to take a position. On Sept. 29, the Commerce Department delayed its decision on whether to open a formal probe of the petition, instead asking A-SMACC to explain more fully why the members feared retaliation.

A ruling in favor of the group could touch on a huge swath of the U.S. solar industry’s products. One letter to Commerce from Sen. Chris Van Hollen (D-Md.) said that nearly 60 percent of all the solar panels used in the United States so far this year were imported from Malaysia, Vietnam and Thailand, although it didn’t cite a source.

ClearView’s analysts also noted that over 70 percent of all solar imports last year came via the three Southeast Asian countries.

The petition emerged while other solar trade conflicts with China — like accusations of forced labor at solar manufacturing facilities — continue to bubble, it added. ClearView warned of "high and rising trade risk to the global solar supply chain."

2 groups in the crossfire

On Wednesday, A-SMACC’s answers to Commerce’s questions, including the group’s justification for remaining anonymous, were made public, albeit in heavily redacted form.

The group provided a lengthy list of diplomatic incidents with roots in China’s trade relationships, and noted that in 2012, shortly after the United States enacted tariffs on Chinese solar imports, Chinese hackers attacked SolarWorld, resulting in Justice Department indictments of five people.

The coalition also delivered a broadside against SEIA, the solar industry’s main trade group, which has led the offensive against the petition.

SEIA’s board of directors and membership, it noted, include several large Chinese suppliers that were earlier accused by A-SMACC of circumventing existing tariffs on Chinese goods.

SEIA has "a long and well-documented history of lobbying for Chinese solar manufacturers,” it argued, and "directly represents the interests" of several major Chinese suppliers who were called out in the original petition.

"Given the Chinese government’s strategy of economic coercion, its ability to harness collective action by its industries and enterprises (including nominally private enterprises) to pursue strategic objectives, and the influence of Chinese solar companies within SEIA, there is no question that retaliation would occur if the efforts to identify A-SMACC’s members were to succeed," they added.

Tim Brightbill, counsel for A-SMACC and a partner for Wiley Rein LLP, said the Commerce Department should "move ahead immediately" with a probe of unfair trade practices from Chinese solar companies.

Abigail Ross Hopper, chief executive of SEIA, fired back that A-SMACC had "failed to provide answers that show how Vietnam, Thailand and Malaysia might be engaged in circumvention" and said her group was "leading the way to an American solar manufacturing future.”

"We plan to file a formal response in the coming days, but Commerce shouldn’t wait, it should dismiss this case now," she said.

Legal counsel for the government of China did not respond to E&E News inquiries as of press time.

The trade case unfolds as SEIA expands its vision for solar’s future role in U.S. grids. In late September, the group said it was aiming for solar to make up 30 percent of the country’s electricity mix by 2030, up from its previous 20 percent goal and well above its current 3 percent. It has also asked Congress for a suite of new policy supports designed to encourage domestic manufacturers of solar products.

Commerce’s decision on whether to proceed with a full probe in the case is likely to arrive by late November.